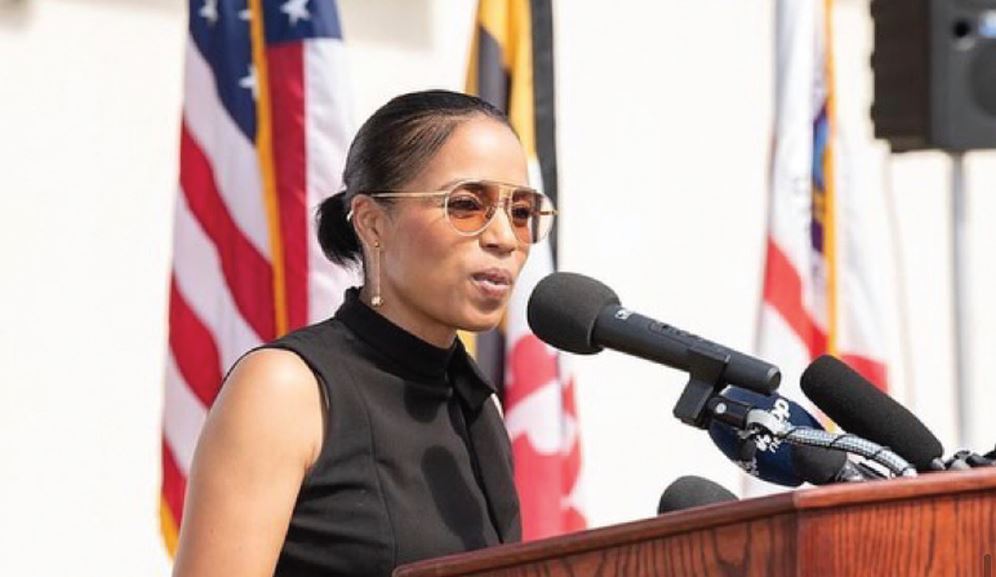 On September 5, Prince George’s County implemented a curfew for under-17s from 10 p.m. to 5 a.m. Sunday through Thursday. On Friday and Saturday, the curfew is in effect from 11:59 p.m. to 5 a.m., unless the minor is accompanied by an adult. Curfews will be enforced with fines.

“Many of you in the community have asked – rightly – what I’m doing to ‘combat the increase in violent crime we’re seeing in our county,'” Alsobrooks said.

“August was the deadliest month in Prince George’s County history,” Alsobrooks added. “Every year we have more carjackings and arrest more minors.”

Prince George’s County saw 24 violent deaths investigated by police in August and a concomitant increase in violent crimes by repeat offenders. County police have made 430 arrests of minors this year, nearly double the number arrested in 2021.

“It is children who commit these crimes. Armed and dangerous children. At this point, these kids don’t just need a hug, they need to be held accountable,” Alsobrooks continued.

“I know that’s not a popular thing to say, but it’s a fair question: where are their parents? Where are the aunts, where are the uncles and other family members who take care of them? »

Parents can be fined up to $250 for their children’s repeated violations. Children who violate the curfew may be referred to the Department of Social Services. “If a parent is unresponsive or unresponsive, their child may be handed over to social services,” Alsobrooks said.

A youth curfew was previously enforced in the county in 1955. Alsobrooks said it was time to bring the curfew back.

“We need family members to step up and do their part,” she said.

The county executive said it was seeking an emergency meeting with the Department of Juvenile Services and would seek answers from justice system officials to understand “how these children are being held accountable.”

She also called on the state attorney’s office, courts and police department to release data on arrests and disposition of cases, saying police continue to arrest and re-arrest repeat offenders, adults. and minors.

“Where are the parents of the kids carjacking at three and four in the morning?” Alsobrooks asked. “People need to be held accountable.”