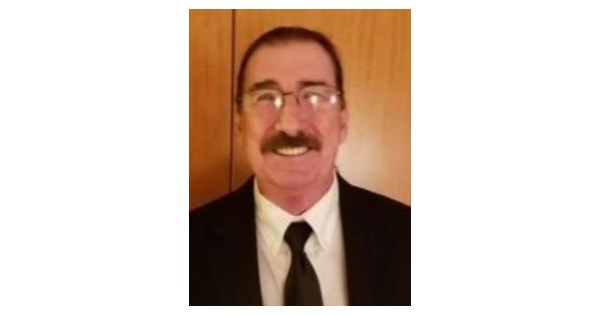 Bill spent his early childhood in Lawton and Mountain View, Okla .; Germany; Killeen, Texas; and Fort Polk, Louisiana. Entrepreneur at age 7, he started a shoe shine business. During his final year of high school, the family moved to Punta Gorda when his father retired from the military in 1969. In Punta Gorda, Bill did land surveying for Robert South, worked in a local gas station, as well as the local Chevrolet dealership where he bought the car of his dreams, a Rally Green Camaro. After graduating from Charlotte High School in 1970, he went to the Army recruiter and signed up for a tour of Germany. In 1971 Bill married Kathryn Margaret Tuman and from this union were born two daughters, Shannon Elaine and Lori Ann. While posted to Fort Huachuca, Arizona, his son David was born in 1980.

While in the military, Bill worked as a motor transport operator and tractor-trailer truck driver. Later he became an armor / unit supply specialist and eventually a unit supply specialist. He was awarded the National Defense Service Medal, the Army Medal of Honor, the Good Conduct Medal and the Expert Insignia, M16 Rifle. He served at AMSF 5th Signal Command HQ, Germany, Korea, and the US Army Intelligence Center and School, Fort Huachuca, Arizona. He was honorably released as a disabled SGT E5 veteran in 1981.

After his release, Bill returned to Punta Gorda and worked in the commercial fishing industry where he met Jackie Summerall. They were married under the Banyan Tree in Punta Gorda in 1984. Together, they raised Jackie’s daughters, Christina and Wendy, and Bill’s daughter, Lori. He was working in repairing telephone lines when Hurricane Hugo hit the Carolinas. He lived in South Carolina where he became a mason and for a short time in Ohio. Bill later worked in RV parks in Punta Gorda and Old Town, Florida. He also had a DIY construction business before his retirement. Jackie and Bill divorced in 2012.

In 2014, Bill reunited with former fiancée, Charlotte Calvert, in Sierra Vista, Arizona. They were married in Las Vegas, Nevada on Valentine’s Day 2017. He resided in Arizona until 2020 when they bought a home in Punta Gorda, Florida.

Bill’s hobbies included fishing, reading, motorcycling, and bowling. Later in his life he rekindled his membership in Masonry and became a master of Camp Stone 77 Lodge in Sierra Vista, Arizona. Bill was always the first to arrive at lodge meetings bringing donuts, brewing coffee, and arranging furniture. If a friend needed help, he was there for him. He was in Scottish Rite (32nd degree) and Sabbar Shriners in Tucson, Arizona, the High Twelve Club in Sierra Vista, Arizona, and Knights of Cochise Widow’s Sons Masonic Riders Association in Tombstone, Arizona. Bill was also a member of the American Legion in Tombstone, Arizona, a life member of the Foreign War Veterans and the Elks.

A memorial service for Bill will be held on Sunday, January 16, 2022 at 3 p.m. at the Kays-Ponger & Uselton Funeral Home, 635 E. Marion Ave, Punta Gorda, Fla., 33950 with a reception to follow. Friends can visit online at www.kayspongerpg.com to express their condolences and memories to the family.

In lieu of flowers, charitable contributions can be made to Shriners Children’s Hospital, Tampa, Florida; Square and Compass Children’s Clinic, Tucson, Arizona; or your favorite veterans organization.

A military funeral and burial will be held at a later date at the Southern Arizona Veterans Memorial Cemetery in Sierra Vista, Arizona.