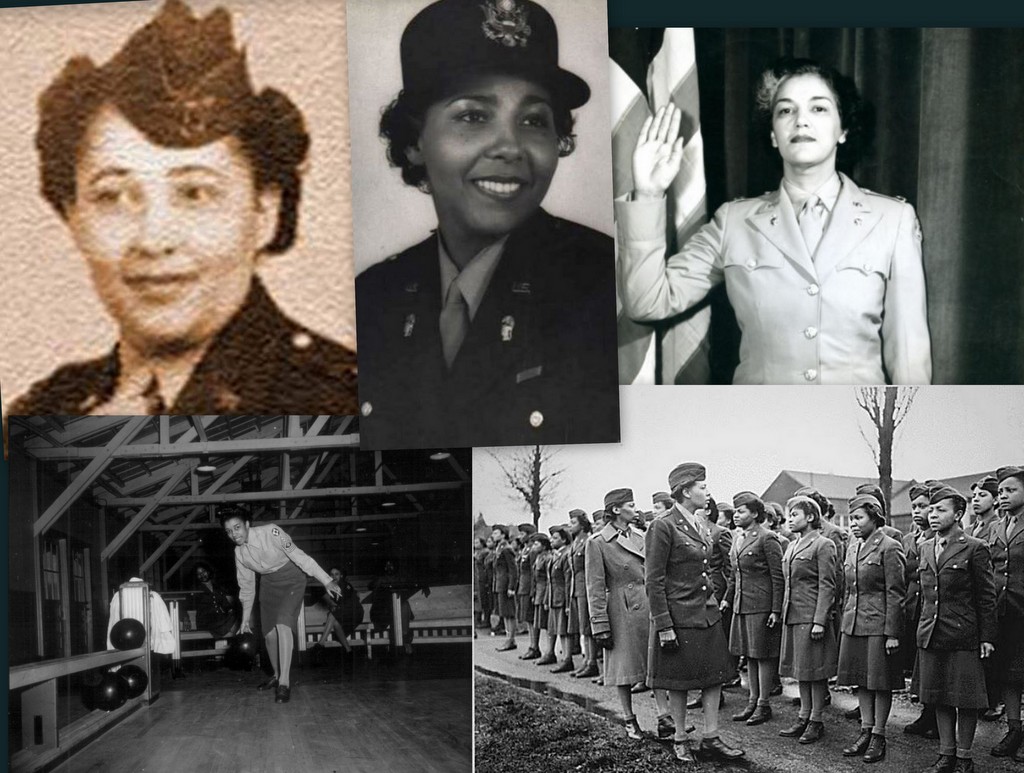 When we consider African American achievements in military names, we think of General Benjamin O. Davis, the Tuskegee Airmen, and General Colin Powell.

For decades, efforts have been made to uncover and bring to light the incredible exploits of the Buffalo Soldiers, Black World War II veterans, and heroes of Vietnam.

Like the millions of black men who have historically fought to be treated as equals and recognized as Americans in the armed forces, black women are a piece of American military history fighting to be included in the narrative.

The accomplishments of black women in the military are historic and underrated. Their history goes as far back as Susie King Taylor, the first recognized African-American Army nurse who served with the 33rd United States Colored Troops infantry regiment during the American Civil War.

The history of black women in the military became more prominent during World War II.

After the attack on Pearl Harbor in December 1941 and our entry into World War II, American men and women of all races, driven by sincere patriotism, rushed to enlist in all branches of the US army.

According to the National Archives, Dovey Johnson Roundtree, who would become one of the first black female officers, worked with Eleanor Roosevelt, Congresswoman Edith Nourse Rogers and Mary McLeod Bethune to draft the Women’s Army Auxiliary Corp resolution that was presented to Congress.

The bill was passed by the House of Representatives and the Senate and with the signing of the legislation on July 1, 1943 by President Franklin Roosevelt. The name was changed to Women’s Army Corp (WAC) and incorporated into the United States Army. Black women were admitted with a 10% quota in accordance with Army policy.

“On Monday morning, July 13, 1942, I reported to Fort Hayes and was sworn into the WAAC. There were eight of us that morning, and I happened to be the only Negro in the group,” Lt. Col. Charity Adams wrote in her biography, “One Woman’s Army.”

“As our names were called in alphabetical order, we lined up,” Adams recalled. “The sergeant who read our names didn’t realize that the first person on the lie was a Negro and, as our WAAC serial numbers were issued in that order, I was given the first number of the Fifth Service Command – A500001.”

Most black women in World War II served in the WAC. The 6888e The Central Postal Directory Battalion, known as the “Six Triple Eight”, was created to deal with a huge overseas mail backlog during the war, which resulted from a shortage of European postal workers. When the women of the Six Triple Eight arrived in England, they faced warehouses piled floor to ceiling with undelivered mail and parcels, some gnawed by rats looking to feast on parcels containing biscuits and cookies. long spoiled cakes.

Led by Adams, members of the Six Triple Eight organized themselves into three shifts and worked around the clock to clear six months of backlogged mail, according to the U.S. Army Center of Military History.

They investigated insufficiently labeled mail, some addressed only with a first name and “Army”, and figured out how to route them to the intended recipients. In any given shift, they tracked and processed an average of 65,000 pieces of mail.

Working with the motto “No Mail, Low Morale”, their mission was accomplished in three months.

Women who served in the WACs in the United States faced heartbreaking segregation and discrimination. Their numbers were limited by quota guidelines, which were only lifted when there was a severe shortage of enlisted nurses, according to the National Archives.

“The barriers of sex and race were and still are very difficult to overcome, the second more than the first,” said Charity Adams in her autobiography, During World War II, Women in the Service of the Often Subjected to Ridicule and to disrespect even as they performed in the midst of doubt, we adapted to regulations and learned self-discipline.

Many women enlisted in the WAC because they were attracted by the promise of qualified medical training and technical skills, and wanted to care for wounded American soldiers.

Instead, they were tasked with dealing with German POWs captured overseas and sent to America. They were also largely relegated to janitorial and menial duties, even being called orderlies, while white WACS were given skilled assignments such as X-ray technician.

In March 1945, nearly all of the African-American WACs in Fort Devens, Massachusetts went on strike to protest discrimination and their substandard work assignments. Most black WACs returned to work within days of the strike, except for Mary Green, Anna Morrison, Johnnie Murphy and Alice Young.

Tired and discouraged at not being treated fairly, the four women continued to strike and were court-martialled. The strike and court-martial were eventually reported by the black and mainstream press, causing the War Department to dismiss the charges and return the women to their units. However, they remained care attendants for the remainder of their WAC service.

The Women Accepted for Volunteer Emergency Service (WAVEs) was established in July 1942 as the women’s corps of the United States Navy, allowing thousands of women to enlist. Black women weren’t allowed to enlist until late 1944, according to the National Archives, when WAVES director Mildred McAfee and Mary McLeod Bethune lobbied for black women to be admitted.

According to the National Archives, strict rules were required of women who wanted to serve in WAVE. They had to be American-born, at least 18 years old, and provide three references to support their good character. Enlisted women needed two years of high school, and women who wanted to become officers had to have a college degree or two years of college AND two years of business or professional experience.

Although the Black WAVE faced some discrimination, they were trained in naval life skills such as aircraft and ship reconnaissance, signal communications, and other tasks.

Service in these organizations was an often thankless and daunting challenge for black women. They insisted on serving a country that did not always, in fact most of the time, recognize them as equal citizens or patriots, and the achievements and contributions of the women mentioned below and others like them generally do not part of ordinary history teaching.

WAC Corporal Lena Derriecott chose the Air Force to honor a friend who died on his first combat mission. Served as an auxiliary nurse at the base hospital at Douglas Army Air Field in Arizona and was a member of 6888e Central Postal Battalion in Birmingham, England during World War II.

Harriet WestWaddy was a first class WAAC in Fort Des Moines, Iowa and one of only two African American women to reach the rank of major in the WAC.

Lieutenant Colonel Charity Adams was the most senior black woman in World War II. She deployed to Birmingham, England to command 6888e, which was also the first Black WAC unit to serve overseas. She also taught junior high math and science before serving in WAC.

Harriett Pickens and Frances Wills were the first black women to participate in the WAVEs officer training program. Became the first African-American female officer in the United States Navy. Pickens was appointed lieutenant and Wills as ensign.