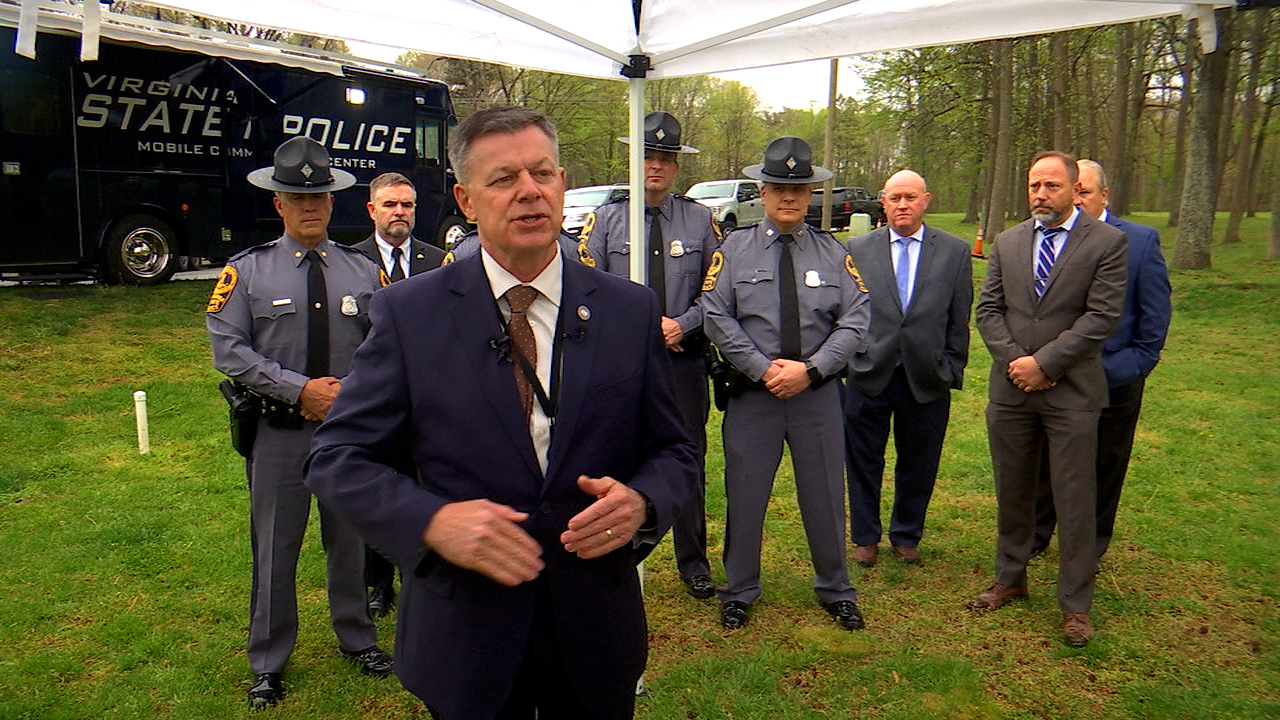 “People don’t necessarily know what it looks like. It can fly under the radar, so it’s for public awareness,” Virginia Public and Homeland Safety Secretary Robert Mosier said.

Mosier said awareness is a key part of an executive order Governor Glenn Youngkin signed on his first day in office to combat human trafficking. The order directed the creation of the “Commission to Prevent Human Trafficking and Support Survivors”. The stakeholder group is expected to publish an interim report on best practices by September 1, 2022.

The crime typically occurs when victims are exploited by force, fraud, or coercion in sex trafficking or forced labor.

VSP Superintendent Colonel Gary Settle said the victims were usually children or vulnerable adults. He said some victims were from Virginia, but others could cross state and national borders.

Settle said they can come across as fearful, confused, isolated or submissive. He said they may also have visible bruising at different stages of healing or appear to be deprived of food, water, sleep or medical care.

US Homeland Security Resident Investigations Officer Brett Kolb said human trafficking can happen anywhere, but the problem tends to be more prevalent around cities and the along busy highways.

“We cannot do this alone. We absolutely have to have cooperation and public awareness,” Kolb said. “The most important factor in having a good prosecution is the speed of reporting.”

The Virginia Trucking Association is getting involved in this effort by asking its members to pay attention to warning signs on the road, according to VTA President and CEO Dale Bennett.

“Truckers are the eyes and ears on our highways and this industry has a duty to do everything we can to report anything suspicious that we see happening,” Bennett said.

Settle said reports of human trafficking are increasing in Virginia, which may be due to increased awareness. He said VSP is trying to improve data collection to get a better idea of ​​the problem and where resources should be allocated.

Youngkin’s executive order cites data from Polaris, a nonprofit resource and advocacy center fighting human trafficking. The group said there were 179 trafficking cases and 77 identified traffickers in Virginia in 2019 alone.

Settle said VSP is also focused on strengthening the application. He said they are creating a new unit with more officers solely focused on human trafficking.

Youngkin’s order calls for additional measures, including jail time rather than fines for those who solicit prostitution. It also aims to make it easier to work with social media companies to combat traffic on their platforms and increase targeting of “illicit massage businesses” by leveraging partnerships.