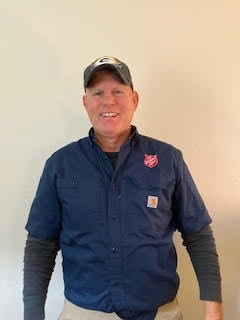 SAND CITY – For nearly eight years, Larry Boberg drove from Monterey to Paso Robles, delivering brochures to hotels along the coast. Hour after hour, the road has become familiar. Boberg began to expect his surroundings – including a small group from the Salvation Army that he saw delivering meals on Del Monte Avenue each week.

Fascinated by the team of volunteers, who stationed in front of the Naval College and distributed hot meals to the homeless, Boberg began to imagine himself by their side, a spectacle that quickly became a reality.

In October 2020, when the time came for Boberg to retire, he made the switch. Once again, Boberg found himself on Del Monte Avenue, but this time on foot, meals in hand, watching the cars pass him.

“I always knew when I retired I wasn’t going to go out at sunset,” said Boberg. “I wanted to give back to the community.

For the past eight months, Boberg has spent 20 hours a week working at the Salvation Army’s Sabu Shake Sr. Good Samaritan Center in Sand City. From 8:30 a.m. to 12:30 p.m. every day of the week, Boberg helps prepare two hot meals for the centre’s clients and anyone in need of a little help.

At 10:30 a.m., the first hot meal is served right in the center, leaving Boberg and his fellow volunteers a tight window to prepare and deliver lunches near the Naval College. Between the two meals, the Salvation Army feeds approximately 45 to 55 people per day. The job, explained Boberg, is even more rewarding than he imagined.

“The other day someone came up to me and just thanked me for being me,” he said. ” That was all. I knew I had made the right decision in coming to The Salvation Army.

Although Boberg was not born in Monterey, he looks like he grew up on the Central Coast. Stationed at Fort Ord in 1975, Boberg has remained in the area ever since. In fact, Monterey County is truly where the roots of Boberg’s interest and eventual affinity for the Salvation Army began.

Prior to taking over the delivery of brochures, Boberg worked as a reception supervisor at a halfway house in Salinas. For 21 years, he oversaw the whereabouts of clients, a day-to-day responsibility that prepared him for the various interactions and needs common to The Salvation Army.

“I have worked with a variety of people from diverse backgrounds with different backgrounds and different education,” Boberg said. “Having this kind of experience and knowing how to communicate was essential for me. It’s like second nature.

A natural progression of how his career began, Boberg hopes to see his post-retirement plans last as long as possible.

“I don’t plan to quit anytime soon,” he said. “I appreciate it so much. Volunteering is now part of my day. I can’t wait to go to the shelter.

Besides the tasks themselves, part of Boberg’s anticipation of returning to the Good Samaritan Center day in and day out lies in the Salvation Army’s commitment to giving back, something he is now grateful to know firsthand. , rather than from afar.

“All of my colleagues come to the shelter 100% every day,” said Boberg. “They all care and have compassion for what they do… For customers, having someone to converse with and care for is priceless. And for us too. A smile goes both ways.

Operation Christmas Cheer is a fundraising project, sponsored by The Herald, The Salvation Army and 1st Capital Bank, which helps local families who find themselves in need at this time of year. Over the years, he has raised over $ 2 million, which was distributed to needy families and individuals in Monterey County during the holidays. Donors are also allowed to have a personalized message published in the newspaper. To donate, send the attached coupon or visit 1st Capital Bank, 300 Bonifacio Place, Monterey.