USS Constellation moves to drydock for remainder of 2022 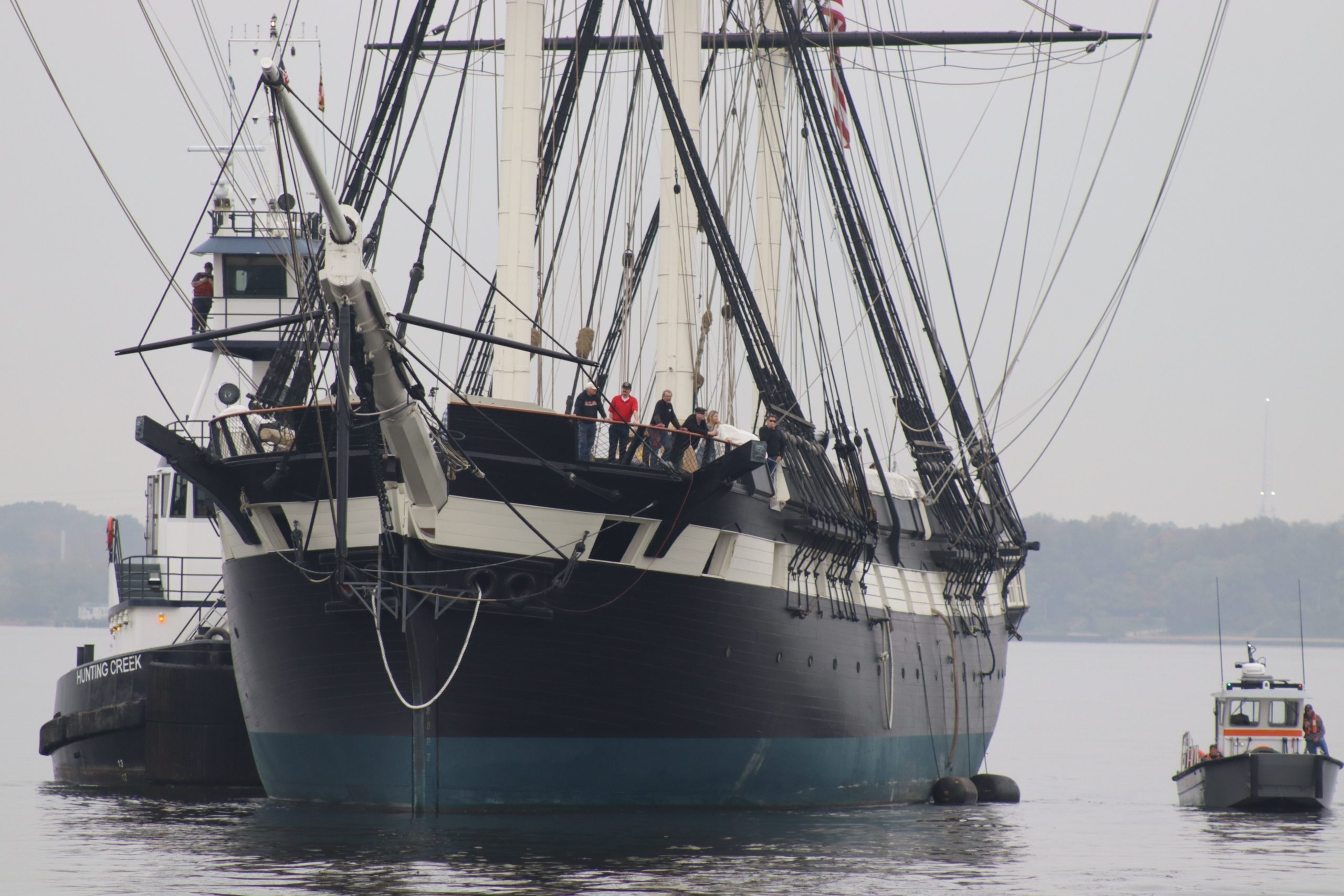 It’s a sight you don’t often see in Baltimore Harbor: the USS Constellationwent down the Patapsco River to Sparrows Point.

Of course the Constellation is an iconic landmark of the Inner Harbor, but the 1854 Navy sailing warship predictably remains at its dock on Baltimore’s Pier 1, where a new Constellation education center has just opened.

That is to say until Tuesday. The Civil War ship left her intended berth for drydock, to undergo extensive work to stop water leaks. On a foggy morning, the Constellation left with the help of a tug courtesy of the Vane Brothers Company and Smith Marine Towing. The historic sloop of war was guided down the river and into Tradepoint Atlantic, the massive global logistics hub that revitalized the Bethlehem Steel property at Sparrows Point.

While the Constellation is in drydock at Tradepoint Atlantic, shipbuilders will lead efforts to “restore the watertight integrity of Constellation’s remaining original white oak hull planks,” according to the Living Classrooms Foundation, which operates the Historic Ships in Baltimore program. .

While Historic Ships is handling the restoration, they will bring in interns from Project SERVE, a Living Classrooms Foundation program that gives pre-release inmates and returning citizens job training. Members of the SERVE project will learn about historic ship caulking and also experience marine operations in drydock.

The ASU Constellation is a National Historic Landmark, best known for being the Navy’s last sailing warship, used to fight the slave trade during the Civil War. The ship was built using a small amount of materials salvaged from the frigate Constellationwhich itself was built in Baltimore in 1797.

The ASU Constellation we know today that it was commissioned and decommissioned several times between the Civil War and World War II. It was used as a stationary training ship before becoming a historical relic. The ship first arrived in Baltimore as a historic site in 1968, but needed a full restoration which was completed in 1999. The last time she was in drydock was in 2015- 2016, when $2 million worth of repairs were completed to address rot in the hull. boards.

The ConstellationThe 2022 hull repairs are expected to be completed in time for the ship to return to its berth by the end of the year.