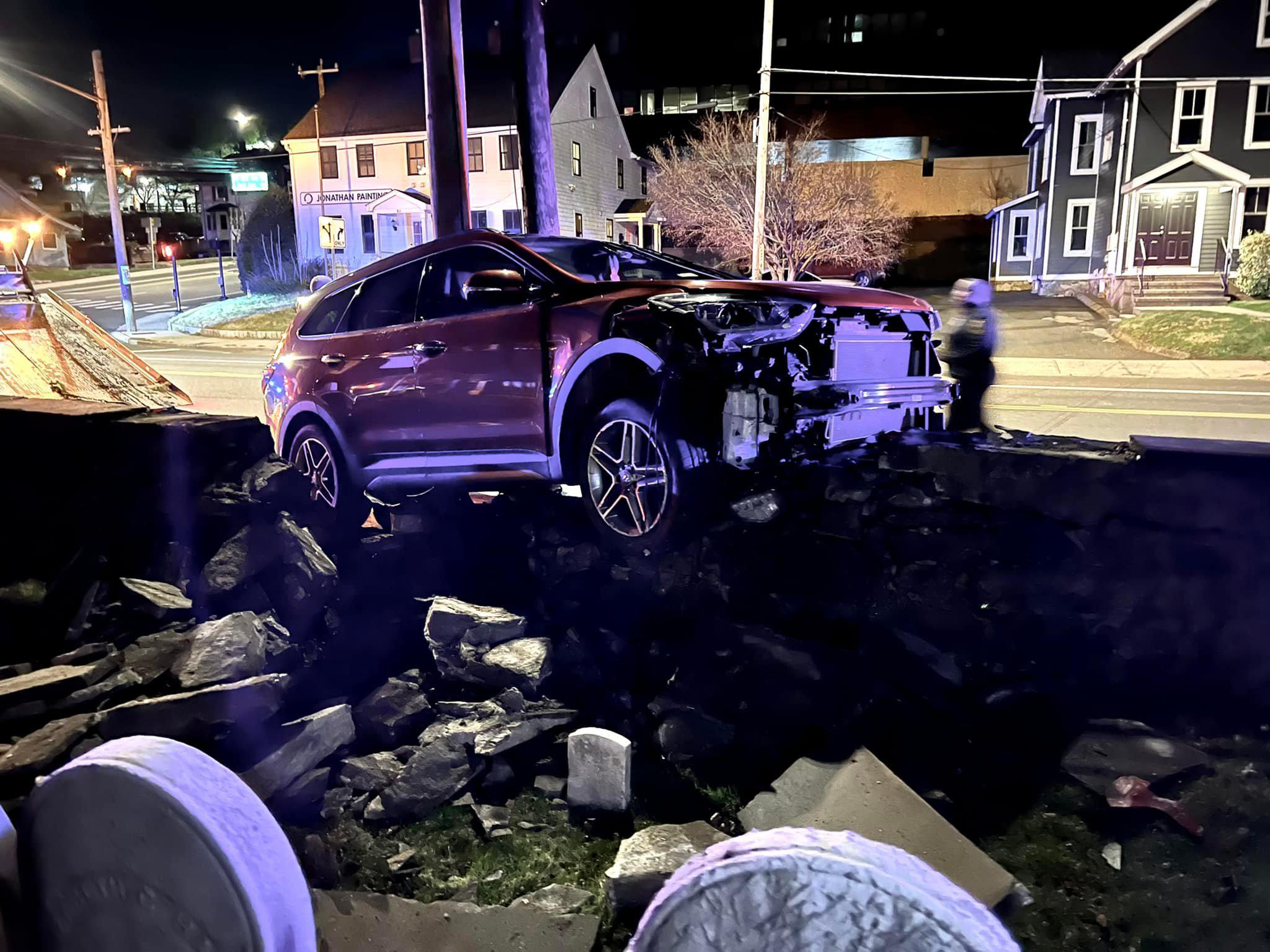 The historic cemetery dates from the mid-1700s and the perimeter wall was erected in the late 1700s.

“We will follow our attorney’s advice and absolutely plan to file a claim against the driver’s insurance first,” St. Paul co-manager Anthony Crisci said. “We expect our own insurance to cover any remaining amount not covered by the driver’s insurance and in between the damage should be covered in full. The wall and any damage to the historic headstones will be appropriately repaired in the near future once these claims are addressed. »

This week, the parish was still removing fallen stones from the cemetery, Crisci said.

While no headstones were hit, it’s unclear whether any footing stones buried under the rubble were damaged, Crisci said. The damage is expected to cost around $10,000 to repair.

“We haven’t found any damaged headstones yet, but there are footstones covered in the rubble that we can’t see yet to tell if they’ve been damaged,” Crisci said.

Norwalk Police Sgt. Sofia Gulino said initial reports indicated the driver fled after the accident, which happened around 10 p.m. on Saturday. However, Gulino said it was later clarified that the two occupants of the vehicle remained at the scene.

“Initial reports indicated that the striking vehicle fled the scene, however, officers located both the vehicle and occupants at the scene, and cooperated,” Gulino said. “Both occupants held learner’s permits and the operator is a minor.”

“Officers are working with the operator’s family and charges are pending at this time,” Gulino said.

Under Connecticut law, teens with a learner’s permit — a precursor to the driver’s license — have strict restrictions on who can be in the vehicle while driving, according to the motor vehicle department.

“While a driver holds a learner’s permit, he may not have passengers except: A licensed driving instructor giving instruction and other persons accompanying such instructor (or ) A person who provides instruction and is at least 20 years old, has held a driver’s license for four or more consecutive years and whose license has not been suspended in the four years prior to training . Parents or legal guardian may accompany the instructor,” reads a DMV teen driving brochure.

For licensed teenage drivers, certain travel violations can result in a 48-hour suspension of their driving abilities and their license will be seized by a police officer, according to the DMV.

“DMV will suspend the driver’s license or learner’s license of a 16 or 17 year old for any conviction for violation of a teenage driving restriction, speeding, reckless driving, street racing or use a mobile phone or text messaging device while driving,” the flyer read said.

More serious violations may result in mandatory participation in a driver retraining program. Repeat offenders may also face a longer license suspension, according to the DMV.