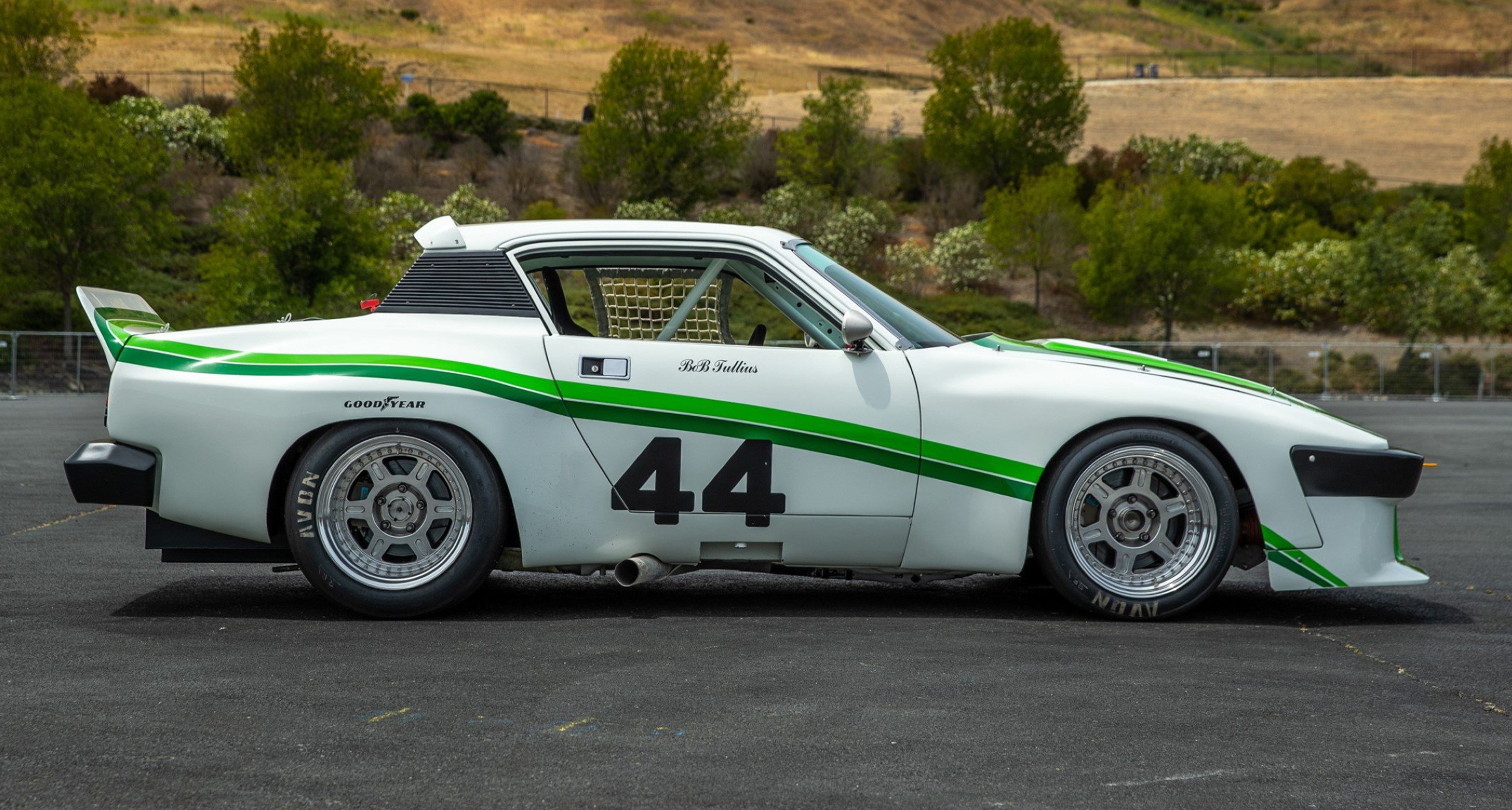 You know you have one hell of a race car when the organizers start handicapping your team, and that’s exactly what happened with this dominant 1979 Triumph TR8 IMSA GTO racing car for sale with Classic Grand Prix. The story begins with a man named Bob Tullius, the boss of Group 44, the official US factory racing effort for British Leyland. Group 44 had already enjoyed its fair share of glory on American soil, with 13 SCCA National Championships, two Trans Am Championships and a Trans AM Manufacturer’s Championship under their belt before they began developing the car you see here.

Bob Tullius saw the aerodynamic V8-powered TR8 and recognized its potential on the track. Two TR8 race cars were built, powered by a hearty 395 horsepower fuel-injected 3.9-litre Rover V8. Weighing just over a ton, this fire-breathing TR8 racer immediately proved Tullius’ hunch to be correct, taking 1st in class and 7th overall in his first race at the Watkins Glen 6 Hour, beating full throttle Corvettes and Camaros on their home turf. It would prove so successful, in fact, that the SCCA would have to hit the TR8 with weight penalties to try and level the playing field. As a result, Tullius entered the TR8 in the IMSA series, where it finished 1st in its category and 6th overall at the 12 Hours of Sebring. He would continue in the GTO class, eventually placing second in the IMSA GTO Championship. In the end, this chassis would win 8 races, with its sister car taking a victory on its own. Today it remains in superb original racing specification, just as it left the circuit after its final battle at the 12 Hours of Sebring. This TR8 remained with Bob Tullius and the Group 44 team until 2008. In 2019 it was sold to its fourth owner, who had the car undergo a full mechanical restoration which was completed in 2021. So if you are interested in competing in historic competitions drive yourself, why not do it in one of the most recognizable, successful and original SCCA/IMSA racing cars of its time.