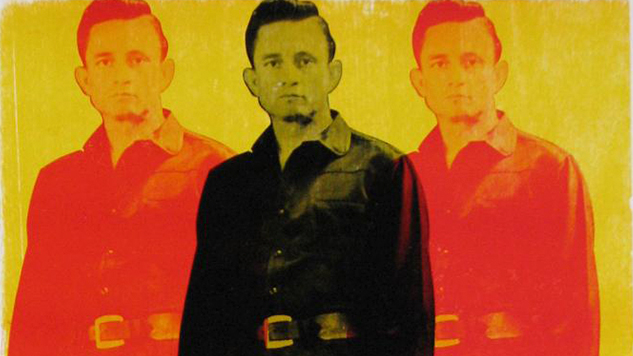 Since 1879 Hatch Show Print typography shop has created original artwork for carnivals, vaudeville acts, commercials and countless musicians. The iconic Nashville institution has generated work for legends like Johnny Cash and Elvis Presley as well as modern artists like Sturgill Simpson, Brian Newman and The Kills. Hatch preserves the art of traditional printing by designing and producing approximately 500-600 posters each year and educating the public through its tours of galleries and print shops.
From their very first print job – a flyer announcing the appearance of the Reverend Henry Ward Beecher (brother of American abolitionist and author Harriet Beecher Stowe) – the Hatch brothers focused on simplicity, the effortless balance between font size and style, vertical and horizontal layout. . Hatch also captured the fame of great African-American jazz and blues artists like Cab Calloway and Bessie Smith. From their earliest creations to recent releases by major players on tour today, each Hatch poster carries with it a distinct whiff of American history, Southern culture and exciting entertainment.

At Hatch, the designer is the printer. A designer-printer sees each job from start to finish, which involves drawing the poster, composing the copy, incorporating images as needed (either pulling from Hatch’s collection or sculpting a new image ) and discussing the design with the client. Once the client approves the design, Hatch prints the posters individually, one hand-mixed color at a time, one sheet of paper at a time. The process has no digital component except when a designer incorporates a logo or photograph. Each designer-printer juggles a handful of jobs at a time, with the deadline for each job dictating their schedule for the day. “We all work independently,” explains Célène Aubry, store manager. “For the outsider, it can look a bit like chaos some days.”

The store is equipped so that designing and creating posters takes place in one area. Most of Hatch Show Print’s ten presses are in a separate area, near a wall of windows, so visitors can see the prints coming out of the presses. At least three times a day, up to twenty-five attendees stop for guided tours where they learn about Hatch’s history, smell the ink, watch the presses in action and pull their own commemorative print in the hall. Hatch’s Space for Design class. The monotypes, created by Jim Sherraden, master printer and curator of Hatch Show Print, can be purchased and viewed in Hatch’s Haley Gallery.

Hatch Show Print’s impressive collection of typefaces includes typefaces as small as one-sixth of an inch and as tall as eighty inches. The studio uses the same type that the founding brothers, Charles and Herbert Hatch, bought or made when the company was built, as well as any type that Will T. Hatch, Charles’s son, purchased for the store after having taken over the business in 1921. .

The new type has not been added to the collection. “It all works really well together, and the introduction of a new type could dilute the distinctive look that Hatch Show Print is known for,” Celene says. “Most of the typeface in the shop is gothic or sans serif, as it is the most legible type for creating posters and billboards that could have been viewed from a train, car, bus or wagon moving.”

Hatch works with approximately 200 different clients each year, including local businesses, the Country Music Hall of Fame and Museum (Hatch’s sister organization), planners who organize events and conferences in Nashville, as well as artists, venues, producers, promoters and labels that put on live entertainment tours every year.

The shop also designs and prints posters for nearly every show at the world-famous Ryman Auditorium, known as Southern Carnegie.

Last summer, the Hatch team went on tour with the Goo Goo Dolls, designing and printing a limited run of posters for each of their 48 shows in North America. Each poster was different and celebrated the show venue, the band, and the shop’s collection.

Hatch Show Print’s timeless aesthetic bridges the gap between past and present, teaching visitors to look at graphic design and typography in new and old ways. Following its motto of preservation through production, the team continues to build unique designs that celebrate American culture.

What are you saying ? You were planning on planning a trip to Nashville, huh? Well, now you have the perfect excuse to head to one of America’s most hospitable cities. Can’t make it to Music City but still want to get your hands on one of those adorable prints, like Patsy Cline’s linocut poster? Many of them are available for sale online.

Emily Davidson Nemoy is a freelance writer based in Nashville, Tennessee. When she’s not in front of her computer or on her yoga mat, she can be found in concert halls, happily spending her excess money on concert tickets.