The Typographic Experience: A Q&A with Professor Ingrid Ankerson on an Uncommon Art Form 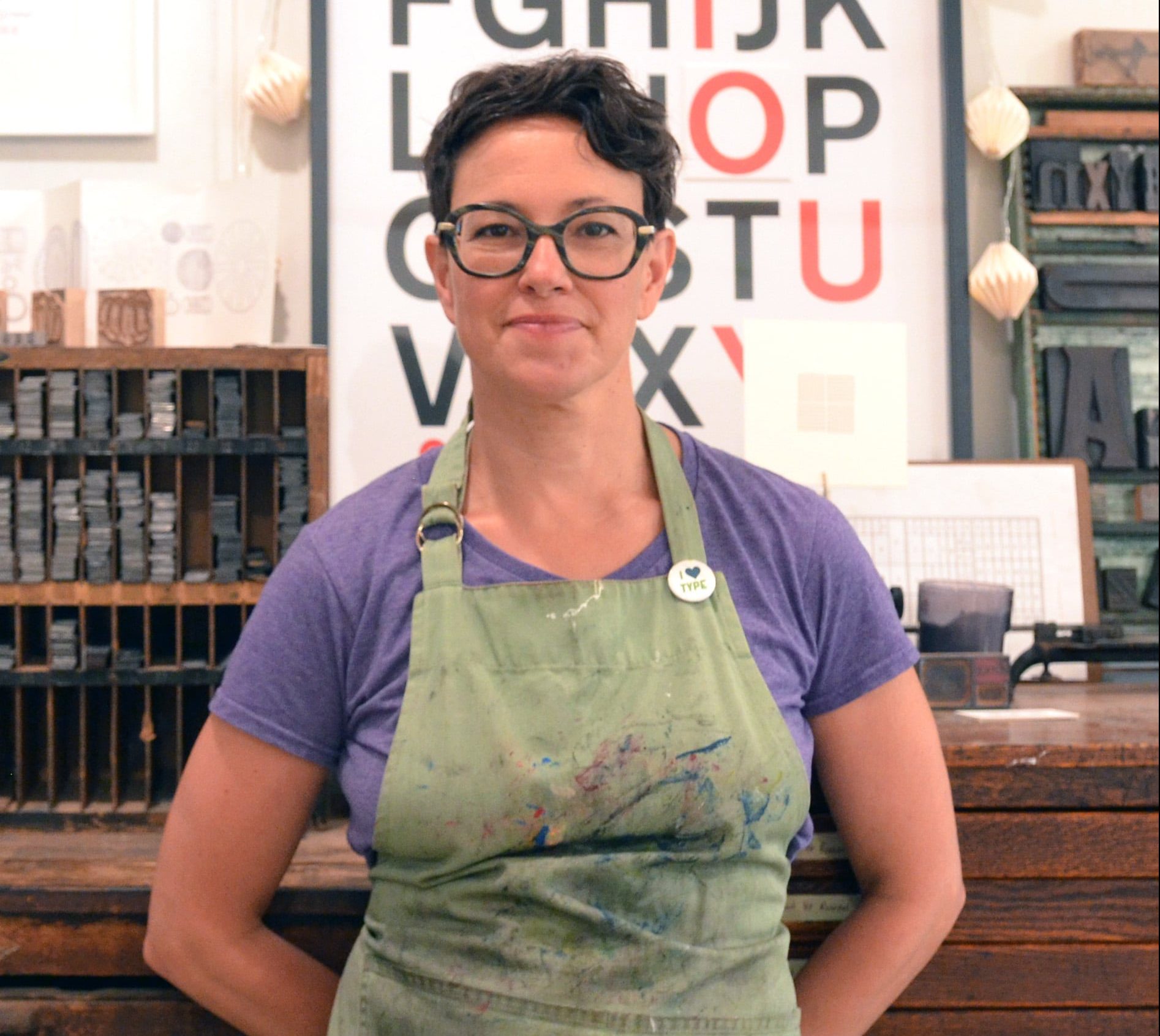 When you walk through the front door of WCC graphic design teacher Ingrid Ankerson, you might not know exactly what you’re looking at. A giant, dated mechanical monstrosity is the centerpiece of his home studio with a smaller, even older one just to the left of the door: what are they, and what does something so old do in someone? 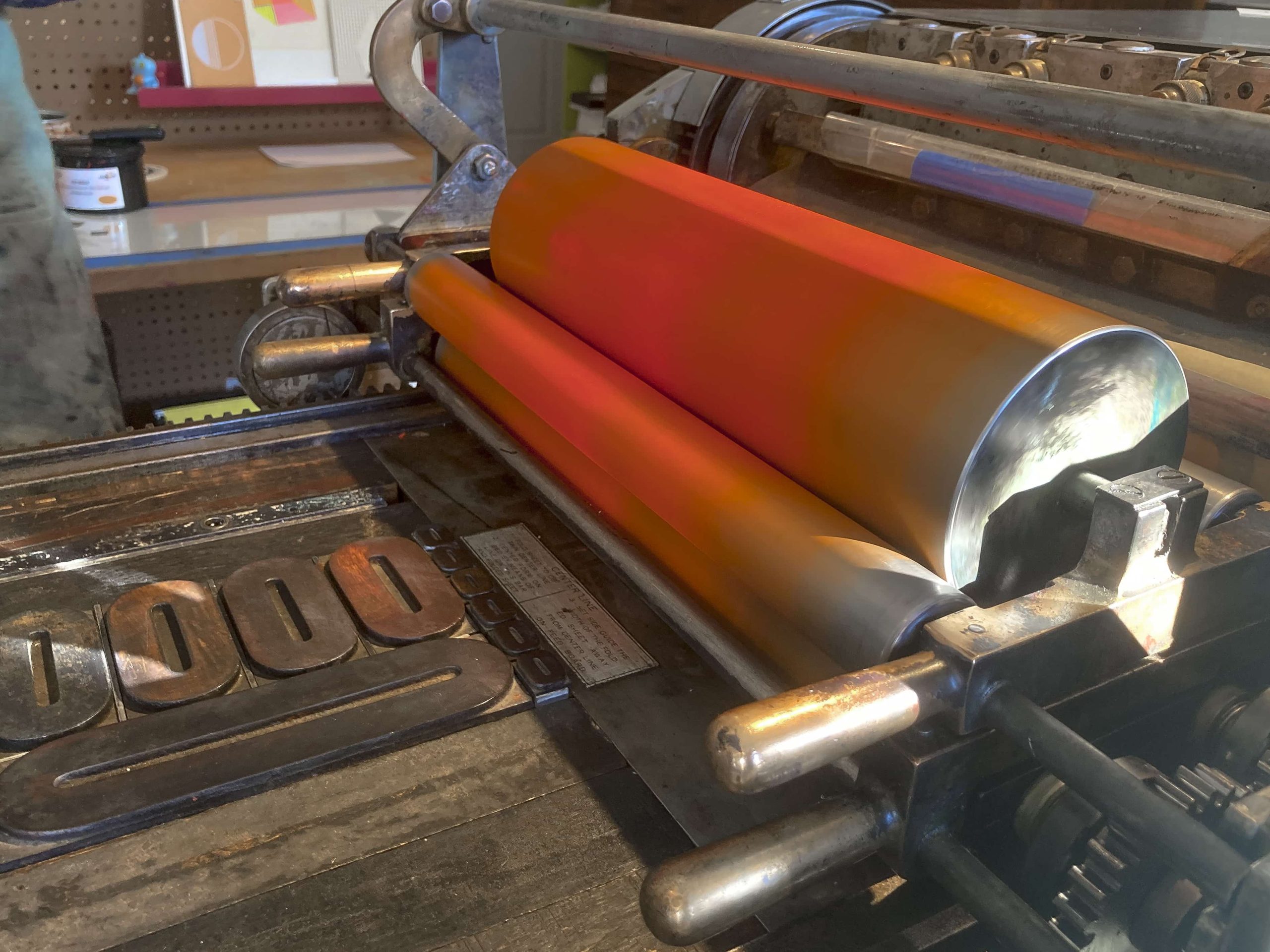 The answer, as Ankerson would explain, is that they are two letterpress printing machines that she uses to create art rather than print newspapers – a very different purpose than the manufacturer intended. of origin. She lodges them both in her studio: a large partitioned room at the very front of her house. In a conversation edited for length and clarity, she talks about her work with typography.

You were a student at the University of Baltimore and taught for a total of 20 years, including 10 at the WCC. Tell me how long you have been working with typography.

I learned typography as a student at UoB in 1999, but didn’t start working with it until around 2016. I used the press at WCC for a while and followed workshops with.

I heard you took a sabbatical last fall. How was it?

It was amazing! It came at a really good time, around the time we were ordered to stay home – so as I had everything I needed in my studio like paper and paint, I felt like my job this semester was to print. It was very productive and refreshing to take this break from teaching.

Why did you decide to take this sabbatical?

There were two reasons: the first was to arrange the space so that I could bring in students; the other was for me to print and create a body of work, like a portfolio.

A large collage of Professor Ankerson’s work, all glued to the front of the Vandercook. Hannah Choi | Voice Washtenaw

You have two typographic machines in your studio. How often do you use them?

I mostly use the big one, my Vandercook #4 proofing press, and I really only use my little one, my Golding Pearl Platen press, for business cards and coasters. I only used my big one during my sabbatical.

Do you have any favorite typographic techniques that you’ve discovered or that you generally enjoy using?

While on my sabbatical, I discovered a technique where you continually rotate text and dab at an angle. Typography itself copies one thing, but my technique is to copy one thing a hundred times. I’m still fairly new to experimenting, so it’s really just to see what effects I can do with a specific print: the letter ‘t’ versus the letter ‘a’, uppercase versus lowercase.

Specific impression? What kinds of effects can they create?

With the letter “T”, depending on whether it is uppercase or lowercase, it creates different textures when it overlaps. And, when I use smaller letters, they appear much denser than larger letters.

What size do you usually print at?

Most of what I did on my sabbatical was the 12 point type, but I would like to start using the 8 point type.

Where has your work been presented?

I had a gallery show last October and sold my work at the Power of the Press festival in Detroit, which is an arts and crafts vendor fair. I’ve also been featured in Uppercase magazine which publishes issues four times a year, and I do shows about once or twice a year.

Thank you very much for your time! If someone wanted to buy one of your finished works, where could they go?

They could find prices and contact me on my website www.ankerson.com. My work is also for sale at www.signalreturnpress.org, and you can buy online and at the physical stand in Detroit.