The Red Chickz continues to grow through 2022 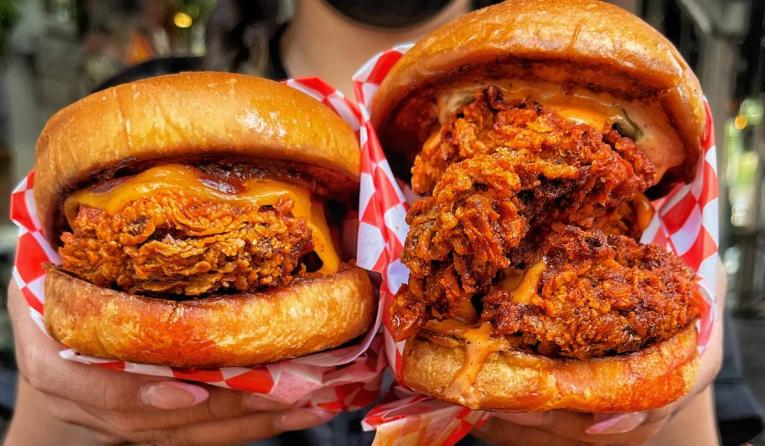 The Red Chickz announced that in the first 100 days of 2022, they signed 18 units and had more than a dozen active contracts in Houston, Texas, as well as densely populated areas of California such as Los Angeles. Angeles, San Diego, Long Beach, Fresno and Orange County.

The Red Chickz will begin opening these new locations in the fall of 2022. These expansion plans will further position The Red Chickz as the authority on Nashville Hot Chicken outside of Music City and a category differentiator by allowing them to continue serving their west coast. revisits Southern classics like Chicken and French Toast and Nashville Hot Chicken Tacos in more communities. After enjoying incredible success in their first location in downtown Los Angeles, The Red Chickz are also set to expand their presence in their hometown by opening a corporate location in Culver City in early June.

“We couldn’t be happier to expand and share our unique vision of Nashville Hot Chicken with hungrier customers in California and Texas,” said Shawn Lalehzarian, Founder of The Red Chickz. “The response to our tantalizing content on Tik Tok has been overwhelmingly positive, with many users begging us to open locations in their cities, and we’re so proud to have found franchise partners who will help us do just that.”

The Red Chickz was founded in 2018 by Shawn Lalehzarian, an Iranian immigrant who learned English while working in many different roles in the restaurant industry. After landing his first senior executive position in an international food and beverage company, he realized his dream was to open his own restaurant. With extensive industry knowledge and experience overseeing food and beverage operations for well-known brands such as Wolfgang Puck, Starbucks, Pinkberry, California Pizza Kitchen and Chili’s, in addition to playing a key role in opening 40 different restaurants across North America, he knew exactly what needed to be done to ensure the success of his own business.

While exploring what food trends would best fit the changing tastes of the Los Angeles community, Lalehzarian discovered Nashville Hot Chicken, took a trip there to perfect a recipe, and then The Red Chickz was born. In 2021, Lalehzarian launched the Nashville Hot Chicken brand franchise program, showing that Shawn and The Red Chickz are a true example of the American Dream.

“When I first came up with the concept of The Red Chickz, I knew I had the tools to work with many national brands to open multiple sites, but the social media popularity and high demand for our food helped us realize that we could grow sooner than originally planned,” adds Lalehzarian. “We are so grateful for the love and support we have received so far and look forward to bringing our concept in cities across the country and beyond.”

The news and information presented in this press release have not been corroborated by RSQFood News Media or Journalistic, Inc.