The Orthodox response to Putin’s invasion 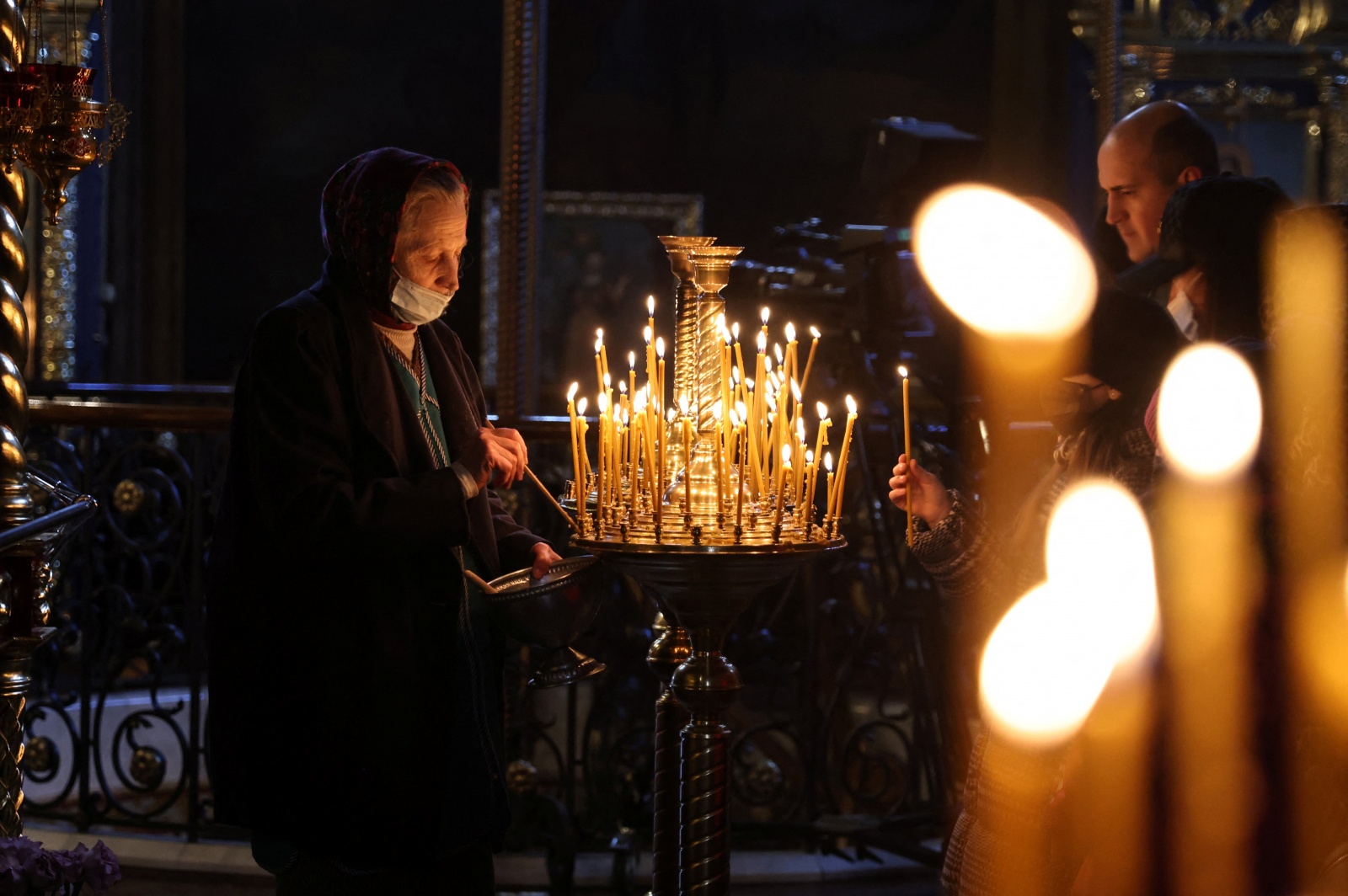 As for the declarations of the autocephalous Churches, the most lukewarm came from the Church of Bulgaria, the Church of Serbia and the Jerusalem Church, which has given no meaning to the existence of an aggressor in the current crisis. Refusing to take sides, they pray for a quick resolution and the restoration of peace “between brothers”. A letter from the Patriarch of Georgia published early on February 24 notes that his church itself suffered an assault on its territorial integrity and prays that there is still a chance for peace.

Other churches have been more explicit in their criticism of Putin and/or Russia. The church of Romania clearly stated that Russia has launched a war against an independent and sovereign nation and called on European leaders to directly engage the crisis so that a peaceful resolution can come quickly. Metropolitan Tikhon, Primate of the Orthodox Church in America (a 1970s American offshoot of the Russian Church), directly criticized Putin for his role in the conflict and called on him to end the violence.

Unsurprisingly, the Church of Greece and Ecumenical Patriarch were among the most outspoken in their condemnation of Putin’s war on Ukraine. Archbishop Ieronymos of Athens noted that he was “shocked as a person and as a clergyman” by what had happened to families in Ukraine. It was the Ecumenical Patriarch who issued the Tomos of Autocephaly to the nascent Orthodox Church of Ukraine in 2019 (for centuries it was under the administrative leadership of the Patriarch of Moscow). According to canonical tradition, only the Ecumenical Patriarch can grant autocephaly. But every case of autocephaly in the modern world has been challenged at the time it was granted, as is the case with the OCU now.

Most Orthodox Christians in Ukraine remain under the spiritual leadership of Metropolitan Onuphriy, who has been the primate of the Ukrainian Orthodox Church, the Moscow Patriarchate, since 2014. Metropolitan Onuphriy is an interesting figure. At the time of the collapse of the Soviet Union, he was among a number of Ukrainian bishops who petitioned the Moscow Patriarchate for Ukrainian autocephaly. This request was summarily denied. But given this previous position, it should be noted that he was chosen to lead the church in Ukraine in 2014. During the run-up to the war, Onuphriy remained circumspect. Like many of us, he probably thought Putin would not invade Ukraine in force. And then he did.

On February 24, Metropolitan Onuphriy published a surprisingly bold defense of Ukrainian sovereignty, coupled with a scathing condemnation of Russian aggression. “Defending the sovereignty and integrity of Ukraine, we call on the President of Russia and ask him to immediately stop the fratricidal war,” he wrote. “The Ukrainian and Russian peoples came out of the baptismal font of the Dnieper, and the war between these peoples is a repetition of the sin of Cain, who killed his own brother out of envy. Such a war has no justification either from God or from men.

It is plausible that the number of churches condemning Russian aggression will increase, especially if the violence continues for an extended period. It is also possible that a long war will accelerate the movement of Ukrainian Orthodox from the Moscow Patriarchate to the new Autocephalous Orthodox Church of Ukraine. We are only a few days away from this war, and the situation is changing.