The New York Post slams Kevin Durant for requesting a trade with a nonsensical headline: ‘Thin Man Has No Heart’ 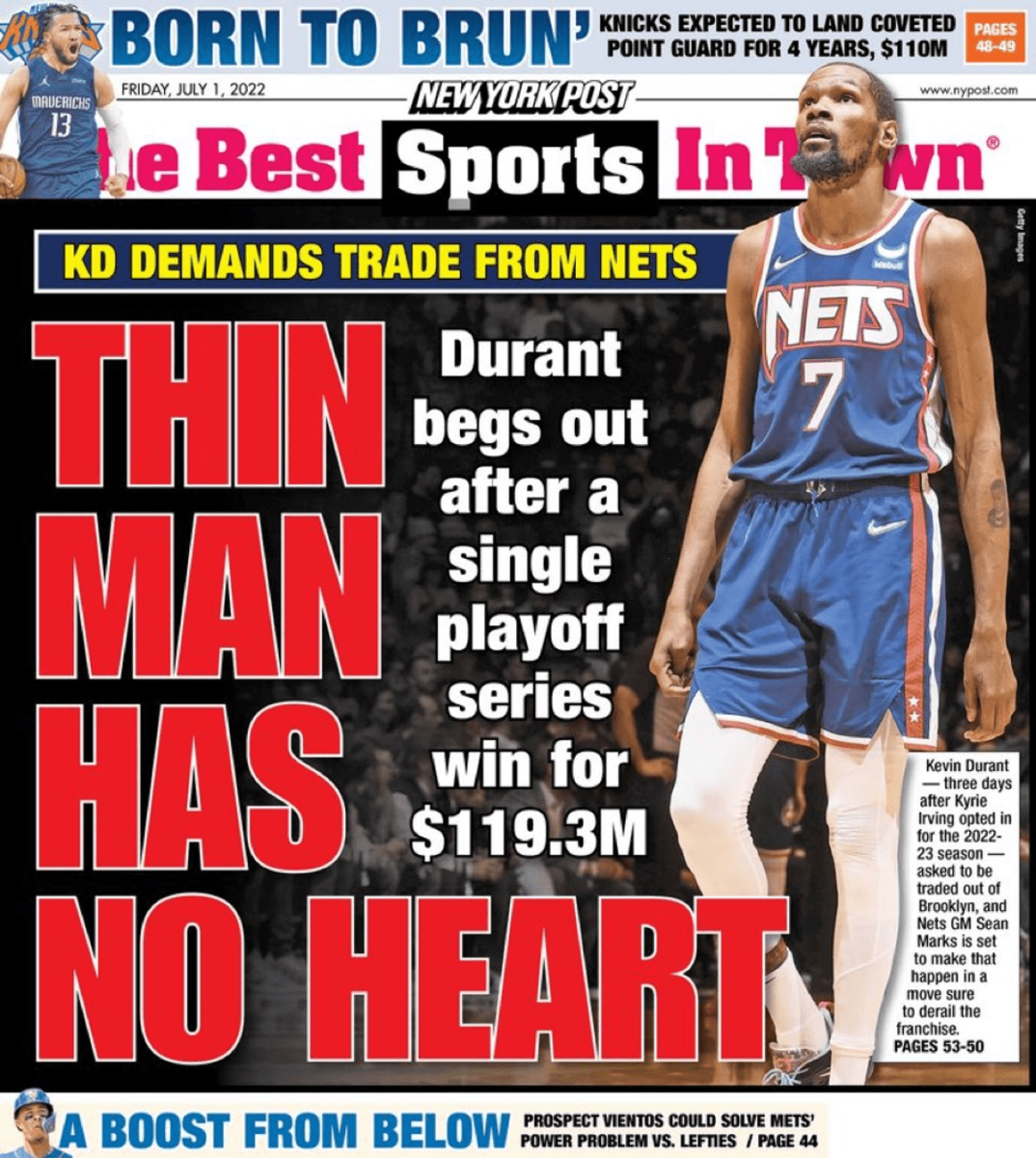 The Brooklyn Nets championship window appears to have passed after three years with Kevin Durant and Kyrie Irving on the team. The first year saw KD and Irving spend most of the season injured while the second saw the pair fall to a brutal Game 7 loss to the Milwaukee Bucks following injuries to Irving and James Harden.

This season, the Nets saw a disgruntled Harden make his way to the Philadelphia 76ers for Ben Simmons, who has yet to make his debut with the Nets. The Nets were swept by the Celtics in the Playoffs and have now seen Irving have contract issues and Durant request a trade.

Irving was set to play another season with Durant, but KD asking for a trade means both players will have to be moved. The move was wildly unpopular in New York, as a headline from the New York Post indicated after Durant’s business decision was announced.

Durant is going to face incredible slander for his decision, but the wheels have completely fallen off the wagon in Brooklyn. Following Irving’s confrontation with the team over Irving’s extension, Durant clearly isn’t looking to see out his entire current contract in Brooklyn.

The Nets have lost too many coins and spending one more season with Kyrie doesn’t pay off if Kyrie refuses to re-sign. It’s best for the team and players to leave as soon as they can, so neither of them wastes time trying to make a relationship work that isn’t working.

The New York media is extremely tough and KD being treated like that is no surprise. KD’s departure from OKC to Golden State is one of the most infamous decisions in league history and has affected his reputation. With what’s happening at the Nets, it looks like this will be a theme that will haunt his legacy forever.