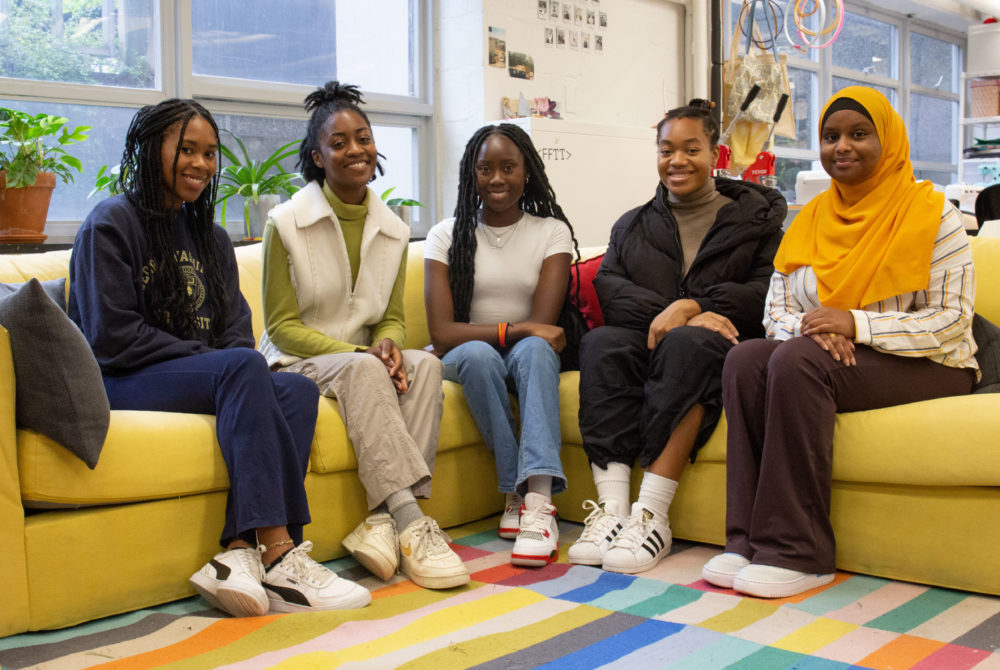 For the first time in five years, print copies of The Black Ace Magazine will return to campus this fall.

Black Ace magazine – a student publication highlighting black voices and culture – will print its first physical edition since 2017 in November featuring profiles of black students, black-made art and black-owned businesses in the district, said students from the magazine. . They said The Black Ace, which was founded in 2007, will print semi-annual editions starting this academic year after going inactive in 2021 due to insufficient funding and an understaffed student council.

The magazine’s editors said they will focus on retaining more than 20 students on their team in the coming year with team bonding events and outreach programs for undergraduates. -classes to guarantee the continuity of the magazine’s legacy.

Senior Kiera Sona, Editor-in-Chief of The Black Ace, first heard of The Black Ace Magazine as a freshman, but had no idea how to get involved with the publication which lacked organization and of deep limbs at the time. She says she was inspired to bring The Black Ace back to campus last semester to provide an archive for black students and to accurately represent the black community on campus as their “most authentic selves.”

“Failing to document your history and culture so that future generations can remember it – it hurts your unity as a group,” Sona said. “I think it’s so important that we tell our own story so that we don’t get misrepresented or have our stories told by someone else.”

Sona said she started hiring e-board positions over the summer, and now the magazine has accumulated over 20 writers, editors and staff members.

She said that The Black Ace avoid politicizing black culture and identities through coverage of current events and political issues, instead focusing on black culture to uplift DC students and residents She said the magazine would include profiles on local black businesses like JC Lofton Tailorsa family sewing business that has operated on U Street since 2000, and interviews with student black painters, poets and fashion designers.

“Often the best thing you can do for the people you’re trying to uplift is just give them a platform for their voices and give them the space to just be themselves and promote that culture to the place,” Sona said. “The political side of things is not always the best avenue.”

Sona said she plans to recruit a team of writers who are “passionate” about journalism and build strong relationships with the Black Student Union and black faculty at the School of Media and Public Affairs to ensure that The Black Ace is building an enduring organization that will last for future generations at GW.

“I really want to make sure the legacy of The Ace is kept because it falls asleep every two years, and that’s not the case for a lot of other organizations that have been around for so long,” Sona said. . “I think it’s really important that our black history at GW is retained and can be taken into account.”

Peyton Wilson, a recent graduate of the class of 2022 and former editorial director of The Black Ace Magazine until its break in spring 2021, said the magazine first started as a newsletter for the Black Student Union in the beginning 2000s before becoming Ace Magazine. , a multicultural magazine highlighting the different cultural communities present on campus.

They said the impact of racist incidents on campus like harmful social media posts sorority leaders and offensive comments by former university president Thomas LeBlanc prompted the magazine’s management to shift the magazine’s focus from a broad, multicultural perspective to specifically black publishing.

“In terms of actual repercussions or healing or apologies for black students on campus, nothing really happened, and it actually had an impact on black students,” Wilson said.

They said a lack of funding from the Student Union and an understaffed team of students to replace graduate members ushered in the magazine’s period of inactivity. They said five students were in charge of writing, editing and designing the magazine in 2019 for online publication, and the team often paid out of pocket for expenses such as t-shirts.

“We had all these great ideas, but they couldn’t be done without funding,” Wilson said.

Wilson said Sona reached out to them for help relaunching the magazine earlier this year, and Wilson almost cried at the prospect of The Black Ace returning to campus and once again providing a voice for black students.

“I feel a lot better because I really thought I was going to graduate and it was going to be okay with me,” Wilson said. “But I’m glad to see that’s not the case.”

Wilson said they hope physical copies of the magazine will raise awareness and reinvigorate the energy surrounding the publication, which members say built strong momentum in 2007 after its founding. They said they hope staff at the Multicultural Student Services Center and student organizations like the SA and BSU will support The Black Ace as it re-emerges into campus life, not just through verbal support and l enthusiasm, but also through funding.

“I want to see the University support him with money, but not with words, because we had our little nods but there were no checks in our hands,” Wilson said.

Junior Suad Mohamed, chief financial officer of The Black Ace, said the magazine will work to retain writers and editors throughout the year with team bonding events like a picnic on the National Mall this semester. and a shared Spotify playlist. She said the magazine would focus on appealing to the underclass in an effort to carry on The Black Ace’s legacy among future generations.

Mohamed said the magazine will hold fundraising events in the fall, such as a savings sale and yearbook-style portraits that seniors can buy to have printed in the spring edition of The Black Ace. . She said proceeds will go towards merchandise, such as t-shirts for members and a launch party to celebrate the magazine’s return.

“It’s important to shine a light on the black community here at GW and to make sure that anyone who comes here in the future, even 20 years from now, will say ‘Hey, there was a black presence here,'” Mohamed said. .

Telease Bowen, the editorial director of The Black Ace, said she looks forward to releasing physical copies of the magazine to the GW community over the coming year after “inconsistent” print releases of the magazine in the past. She said The Black Ace will serve as an archive of history for future black generations of GW to look back on current culture and see black stories accurately represented.

“It’s something I always think about, just the importance of 25 years from now, being able to look back on a post like this that captured Black GW,” Bowen said. “In the past, we just weren’t able to do that.”

This article originally appeared in the October 3, 2022 issue of The Hatchet.