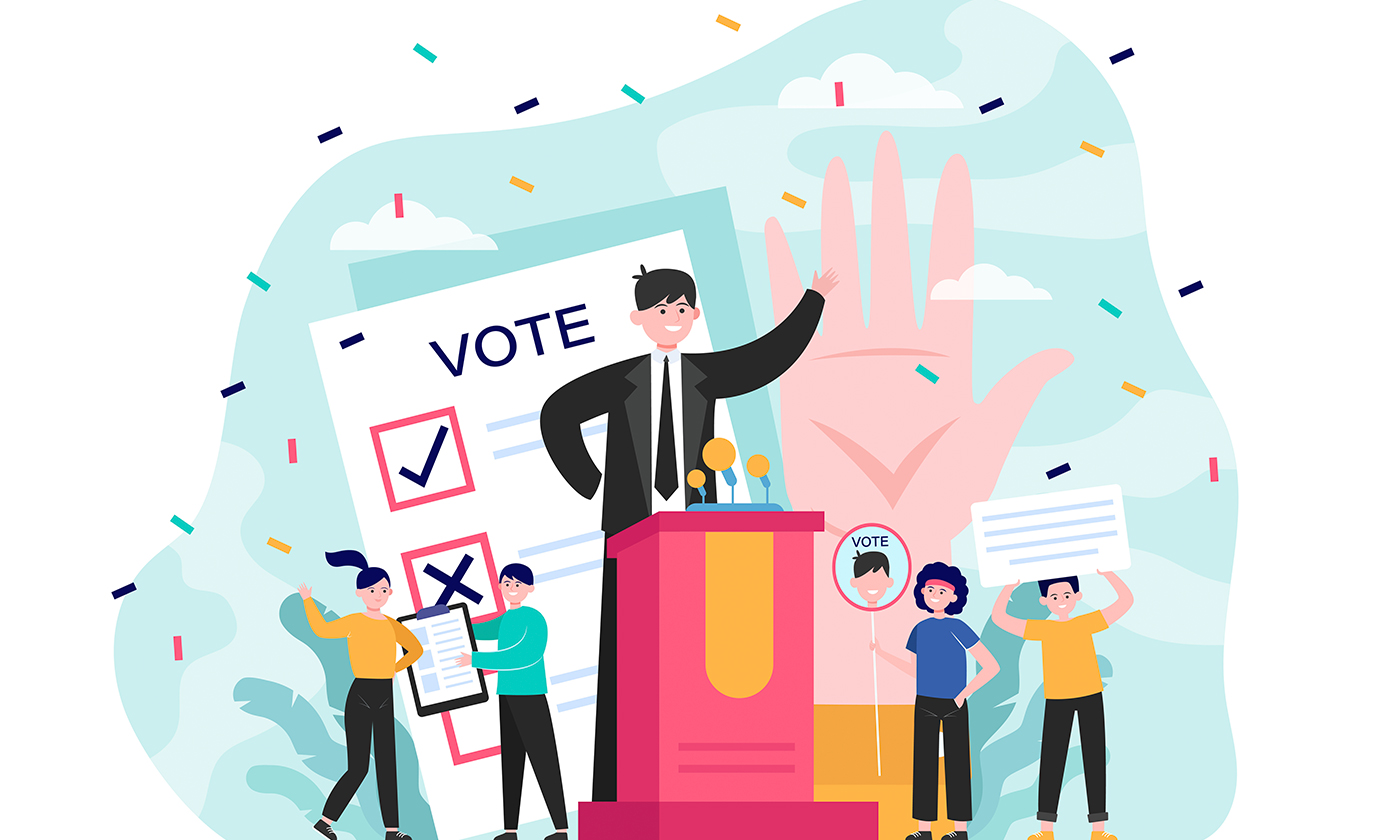 There is a common complaint in politics: Democrats are really bad at messaging. President Biden’s poll is near an all-time low, despite a number of successes on the political front and today’s record high unemployment rates and record job creations. Of course, he doesn’t get everything he promised. The answer inside the party seems to be “fight harder”.

That’s a pretty obvious conclusion, and maybe it will work, if by “work” we mean “barely picking up a win that should be a piece of cake.” But he dodges the question of Why the party is agitated in front of the message.

Quite simply, the Democrats have forgotten how to tell a good story.

There’s something about the power of a well-told story that commands attention – most of us can name a book, movie, podcast, or other story that “changed our lives.”

I put these words in quotes because they’re so commonly used they’re cliché, but they indicate what’s really going on in our brains: we take in new information and adjust our knowledge and opinions to incorporate it. Classics of any genre tend to make it to a lot of people: George Orwell 1984 and farm animal changed the way millions of people thought about totalitarianism, for example.

Stories always have a stronger hold on people than rote facts.

Often, political conflicts are not only attempts to power, but also of competing narratives. It was painfully obvious during the confirmation hearings of Supreme Court Ketanji Brown Jackson when she was subjected to a constant stream of invective Republican senators focused on (to be charitable) an interpretation of extreme bad faith of his criminal record. We heard about slandered push critical race theoryhis positions on transgender athletesbe weak to crime and child pornography.

The accusations are completely false, and Democrats have responded by largely ignoring them, as if refusing to answer a fabricated accusation would make it disappear in its own whiff of absurdity. (The the notable exception was Senator Cory Booker.) Instead, they again touted Jackson’s countless qualifications for the job.

The truth may be on Jackson’s side, but most Americans listening to the hearings without first paying attention would conclude that, even allowing for political grandstanding, there must be at least Something summaries about him that perhaps should be reviewed…

Simply put: Republicans were telling a story, Democrats were making a list. And stories still have a stronger hold on people than rote facts.

Stories, myths and legends can serve as a binding social glue that gives people a sense of purpose and belonging. They explained the unexplainable in pre-scientific societies – thunder and lightning can be explained as Thor fighting the big snake Jormungandfor example, or the nourishing rains of the dry summers of Mesoamerica in response to sacrifices made at Tlaloc. After the Enlightenment, these stories can still transmit the qualities sought by a company: strength, courage, fertility, loyalty, hard work, etc. Although a myth contains a grain of truth …John Henry was probably a true Freedman-driving railroad steel worker– it’s the larger legendary narrative that persists, as it speaks to how we make sense of the world.

However, not all myths are benign and some are hostile. Wise operators throughout history have worked to create myths to support their political, moral, or religious positions.

We need go no further back than the myth of the Lost cause: The belief that rebellion against the Union of the Confederacy was noble, the loss of the war a tragic defeat, and slavery was certainly not the barbaric Northern practice these carpetbaggers made out to be. It was a crude re-writing of history by the South, often facilitated by the United States as a whole in the interests of post-Civil War “reconciliation”—among white Americans, that is; very few people have asked formerly enslaved black Americans what they or they would need to reconcile with their former slaveholders.

The lost cause myth has become a cancer on American society that is rapidly metastasizing. The reconstruction was carried out to an ignoble end (on a disputed presidential election, no less), thus freeing the Southern states to reimpose a racial hierarchy. Socio-political groups, such as the United Daughters of the Confederacy, seized on the myth of the lost cause and erected statues and monuments to Confederate “heroes” across the country, not just in the South. The Confederation lives in highways, military bases, State flags, schoolsand hundreds of memorials across the country. Its echoes can be heard as former President Donald Trump said, after a white supremacist rally in Charlottesville, Virginia turned to deadly violence, that there were ‘good people on both sides’ , or whenever a right-wing politician responds to a Black Lives Matter protest with “all lives matter”.

We see a lot of storytelling unfolding before our eyes in the United States today. It’s not just the “Make America Great Again” baloney basket Trump was selling. Conservative modern nostalgia in general is often rooted in the fiction that there was a time when things were “better”, explicitly giving inconvenient facts like slavery, genocide, segregation, state violence against work, and so on.

There has been much criticism on the non-factual basis of talking points on the right, from the “big lie” of a stolen election to “Liberals put litter boxes in schools for students who identify as cats.” But this criticism misses the fact that lies are the main thing: the right creates its own myths to justify its own means (and ends). These accounts can then be used to provide an explanation for events that adhere to the beliefs of their proponents –alternative factsIf you want.

It comes down to messaging and how Democrats often fail, allowing bills that would likely be very popular to fail and allowing our national politics to be dominated by blatantly false narratives from Republicans, such as the the belief that critical race theory is taught in public schools make innocent white kids hate each other.

To put it simply, the belief among Democrats seems to be that good politics sells. This seems more terribly naive face the Republican war on facts.

The point is, the story of a hero fighting a decisive battle against evil is much easier to understand than the economic impacts of the expiration of the child tax credit expansion. If your story is believable and triggers strong emotions, people glom on it– whether it’s an attempt to recast the Civil War in less “Nordic” terms, or the story of a stolen election, or the story of a mythical and idyllic national past. If your story fails to capture the imagination, don’tif it doesn’t strike a chord, is hard to follow, makes people feel uncomfortable, or is just plain boring, then people will look for a better story.

The real struggle for the future of the United States and the world is that between the myths in the making. If American liberals in general and Democrats in particular, want to ensure that Trump not only does not return to power, but becomes not his own lost cause to poison us for generations, they must ensure that they tell a better story than him.

We may think QAnon’s story of a tanned action hero battling satanic forces is ridiculous. That doesn’t change the story’s hold on its fans; it only portrays liberals as elitist snobs who despise the rubes who consume such rotten entertainment – ​​which reinforces the toxic “us versus them” narrative.

This is a difficult request to make to a political party that has become the epitome of political madness, based on the often tedious minutiae of drafting legislation. Excitement (as in, drama, commitment, narrativelisten)) has historically come from outside the party mainstream. But these narrative elements can still capture the popular imagination, and they have helped change history (and public opinion): John Brown raiding Harper’s Ferry, Dr. Martin Luther King Jr. marching towards Montgomery, Cesar Chavez leading the Delano Grape Strike. Even President Barack Obama’s election had elements of a heroic narrative – born as a single mother, attending Harvard Law School, cutting his teeth as a community activist, then rising to the highest office in the country. The scandal could not reach him, because not only did Obama conduct himself with dignity, but we knew his whole storyAnd mud could only throw the Republicans (death signs? The tan suit? Dijon Mustard?) and hoping in vain that something would stick.

Even today, myths still have the power to capture the attention of our post-Enlightenment brains and take us into the realm of adventure and epic struggle. John Ford, the Hollywood director who more than anyone helped bring Old West myths to the big screen, made this point in his 1962 film The man who shot Liberty Valance. In the final scene, a reporter (Maxwell Scott, played by Carleton Young) who has interviewed a senator (Ransom Stoddard, played by James Stewart), realizes that the politician’s entire life, his heroic journey from pioneering to senator from a new state in the Union, is built on the basis of a unique event in his past that turns out to have been an invention. The journalist then destroys his notes. “You’re not going to use the story, Mr. Scott?” Stoddard asks. “No, sir,” Scott replies. “This is the West, sir. When legend becomes reality, print legend.”

It’s considered one of Hollywood’s classic lines, and not just because it was good writing. It’s because there are no truer words that convey the power that comes from telling a good story.