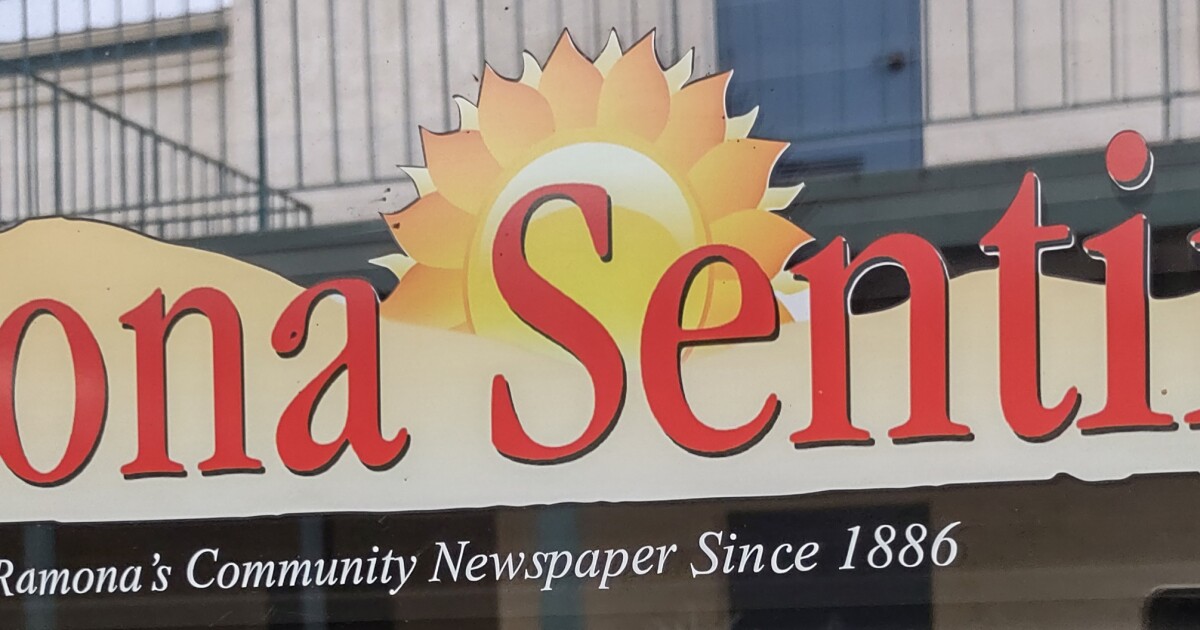 A van carrying 8,000 copies of December 30 Ramona Sentinel was stolen and quickly recovered on Wednesday, causing a slight delay in newspaper deliveries to some readers.

Technically, the weeklies are delivered on Thursday. However, home delivery drivers working for Pacblue Logistics collect papers as soon as they come off the press around 2 p.m. Wednesday at Advanced Web Offset in Vista, Corbett said.

“It’s easier to deliver the newspaper early than in the middle of the day on Thursday,” she said. “They are trying to do it as soon as possible.”

On Wednesday, van driver Roberto Navarro picked up the Ramona Sentinel papers for the north and west routes at the printer’s and double bagged them to protect them from the rain, Corbett said. Navarro stopped to buy gas at the Rocket United Oil gas station in Vista around 5 p.m. He walked into the convenience store to buy coffee and left his keys and cell phone in the van, Corbett said.

“Then it comes back and there’s no van, so we’ve all learned a lesson from that,” she said.

Pacblue Logistics notified the Ramona Sentineleditor of, UT-Community Press. Company president Phyllis Pfeiffer quickly drew up a backup plan to print another 8,000 copies of the paper if needed.

Meanwhile, Navarro returned inside the store to ask the clerk to call 911 to report the theft, Corbett said. San Diego County Sheriff’s Department deputies in Vista reacted quickly and checked the surveillance video, Corbett said. Shortly after, the van, which had run out of gas, was picked up a few blocks from the gas station, according to Corbett.

Sheriff’s deputies were not available Thursday to comment on the incident.

All of Navarro’s newspapers and cell phone were still in the van, Corbett said.

Navarro is the first of the company’s delivery drivers to have a van stolen with newspapers inside.

“Roberto is one of our best drivers – he’s as reliable as it gets,” said Corbett, who noted she had only received one complaint about a late delivery Thursday at 11am. “People get used to the exact time they get the paper and when it isn’t delivered at the exact time they call us.