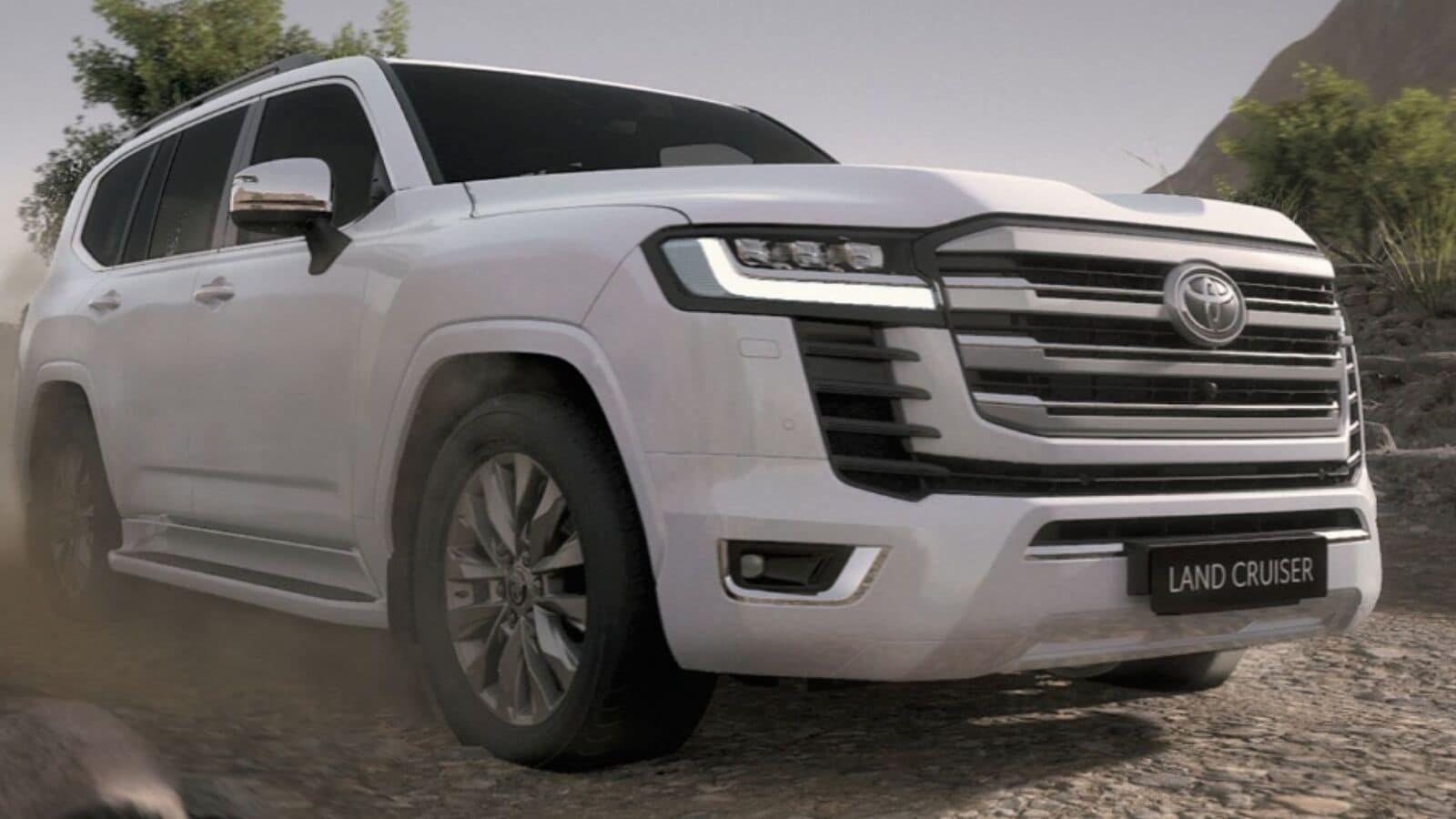 The engine of the 2022 Toyota Land Cruiser is expected to produce a maximum power of 305 hp and 700 Nm of torque.

Toyota Kirloskar Motor is set to launch the 2022 Land Cruiser SUV in the country soon. While the updated model was unveiled in June last year, details of the Indian-spec model were leaked in an official brochure and surfaced on the internet, reported Live Mint, sister publication of Hindustan Time. . The SUV is expected to feature a 3.3-liter V6 diesel engine paired with a 10-speed automatic transmission.

The engine is expected to produce a maximum power of 305 hp and 700 Nm of torque. The dimensions of the vehicle will be 4,985mm in length, 19,980mm in width and 1,945mm in height while the wheelbase is expected to measure 2,850mm. It will have a ground clearance of 230mm. The car will be offered in different color options such as Super White, Precious White Pearl, Dark Red Mica Metallic, Attitude Black and Dark Blue Mica.

Toyota will offer the SUV with a standard warranty of three years or one lakh km, whichever comes first.

In a separate development, Toyota is relaunching its strategy for India while betting big on the love of hybrids in emerging markets. While the company’s Camry hybrid sedan, which made its Indian debut in 2013, did not sell well partly because of a high price tag. J