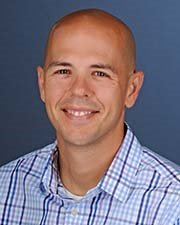 When you walked into the darkroom of the small town newspaper where I worked two decades ago, you could still smell the chemicals. While no one had used the darkroom recently, decades of fumes from photographic developers and fixers hung in the air.

The red lights in the safe buzzed and dimly illuminated the enlargers. Until you flipped the switch to also turn on the fluorescent tubes above your head, you couldn’t see the dust covering everything.

Abandoned and ghostly, the room creaked and I imagined the decades of photographers who stood before their prints, impatiently tapping their feet for images to emerge so they could meet that night’s deadline. But that was years ago.

By the time I worked there, digital photography had firmly gripped the newspaper industry. First, darkrooms became obsolete because we could scan our processed 35mm film into the computer. Then we put aside our film cameras in favor of digital cameras. Our darkroom has become a storage room…a dump.

Standing in the opening of the revolving door, I saw this room as regal but abandoned, squat but nostalgic, historic but disposable.

So when I saw Jeremiah Ariaz’s photographs of rural Kansas newspapers, these contradictions and emotions came through easily.

Ariaz traveled across Kansas to visit and then photograph the offices of small town newspapers: The Russell County News, Downs News & Times, The Winfield Daily Courier. A professor of photography at Louisiana State University and a native of Kansas, Ariaz brings a mixture of reverence and urgency to the project.

On October 6, Ariaz traveled to the University of Kansas to show his footage at my media photography class. He explained how vital rural newspapers are to our democracy. And he told the stories of publishers who refuse to let their newspapers gather dust.

Below are excerpts from an interview with Ariaz. The conversation has been edited for brevity.

When you arrive in these newspaper towns and meet people for the first time through this project, how do the editors or owners of these newspapers react to your interest and presence with a camera to document?

There’s a whole range of responses from the people I photograph. Sometimes I try to reach someone in advance. If there’s a newspaper that I really want to photograph that looks like it’s been an important newspaper or there’s something about their history that I’m particularly interested in, I want to make sure that I will have access to it. And so I’m going to call or write or whatever in advance.

But most of the time, I just show up. And I’ll show up and tell them what interests me. People vary their answers incredibly. Now, some people will be a little protective and a little suspicious. A guy from outside who comes in with a camera? What are you doing? What is your intention ?

I’ve photographed in so many newspaper offices that noes have been rare, but there were a few and it surprised me. There are also newspapers that when I walk in the door and tell them what interests me, it’s a conversation that I feel like they’ve been waiting to have.

And so I walked into the Newton Kansan for their 150th anniversary. And editor Chad Frey said he tried to contact TV news and other places about “Hey, this could be a story. 150 years. That’s something.”

There was no response. There was no interest in this story. And here I am walking through the door that day (of the birthday). They have a chocolate cake and two strawberry cakes with 150 candles. And I want to have this conversation that he’s been thinking about for a long time.

Can you talk about the decision to limit the project to Kansas?

I had started (the project) in the battleground states (starting with the 2020 presidential election). I wanted to see how I could visualize democracy through photography in these spaces: Michigan, Wisconsin, swing states across the country.

And because I worked in swing states across the country, I’ve been back and forth across the country several times over the past two years. And so, whenever I was going interstate, I would stop at newspaper offices in these small towns. So I had already accumulated a number of photographs that I thought kind of told that story, but I was telling the story in a national way. And I never would have been able to create a representative sample of the articles that were out there as one person, no matter how much time I had.

So I thought I’d direct him to Kansas. And Kansas became a window through which I hoped I could talk about national concerns, but I wanted a place where I could feel I had a more cross-section. I’ve visited more than 50 newspapers in the state so far, and it’s thanks to the intimacy and specificity of these spaces.

But I was interested in Kansas because that’s where I’m from. I grew up in Kansas.

I was interested in Kansas because of the rich legacy of journalism here in the state and you know, thinking of the legacy of William Allen White.

And Kansas is a very rural state. And so these cities are positioned approximately every 25 to 35 miles across the state. They have newspapers, or at least they used to, and there’s no urban center in most of the state that’s going to suck up those interests or those concerns. So these communities are really autonomous.

Your photos trigger – whether punch or nostalgia – some kind of emotional reaction at a time when the nation is divided over journalism and the media. There is a lot of cynicism and mistrust towards journalists and the media. Can you tell us how well you think small town newspapers fit into this? Is it sympathy or nostalgia that people have for newspapers as a different and less divisive type of media?

Well, and so it should be clear that I don’t live in Kansas, and I don’t even live in what would be called a small town.

I think it’s easier to make fun of someone you’ve never met, someone who’s not in your community, someone you know, maybe in New York, who has different concerns. And I think that’s quite different from what happens in a local newspaper where if it’s a small community, that community is going to know who the editor is, their kids are probably going to play ball together on the same team. And it’s harder to demonize someone you know.

What are the next steps, timeline and scope of the project?

Well, when I decided to focus on Kansas, I wanted it to be a cross section of what’s here in Kansas. And since I worked last month, I have been able to visit more than 50 newspapers so far.

I wondered, is it really possible to access all logs? So I guess that’s my goal. Although I don’t know. Often when I go to a place, (the newspaper office) may not be open. So many newspapers may have left their desks, even though they are still publishing. It could be someone working from home, and it’s more difficult to access.

I made these portraits of almost all the offices, these facades, generally on the main street of these communities. They could become a collective portrait of Kansas through these main streets. And so even if I don’t enter, I try to represent the spaces and the project. And I hope that I will have access to all the newspapers during my sabbatical while I am here, but if not, I will be sure to have access to a representative sample of them.

But I’m really trying to do everything I can now because I want it to be when somebody looks at this project whether it’s now or 50 years from now I want it to be like some kind of timestamp of the moment where it was made. Because this is a historic moment in our country. And it’s about the newspaper industry, but it’s also about so many other things that are happening in our country and so it’s important that they come from that time.

Eric Thomas directs the Kansas Scholastic Press Association, a nonprofit that supports student journalism statewide. He also teaches visual journalism and photojournalism at the William Allen White School of Journalism and Mass Communication at the University of Kansas at Lawrence. Contact kansasreflector.com.