Russia could cut gas supply to Finland on Friday 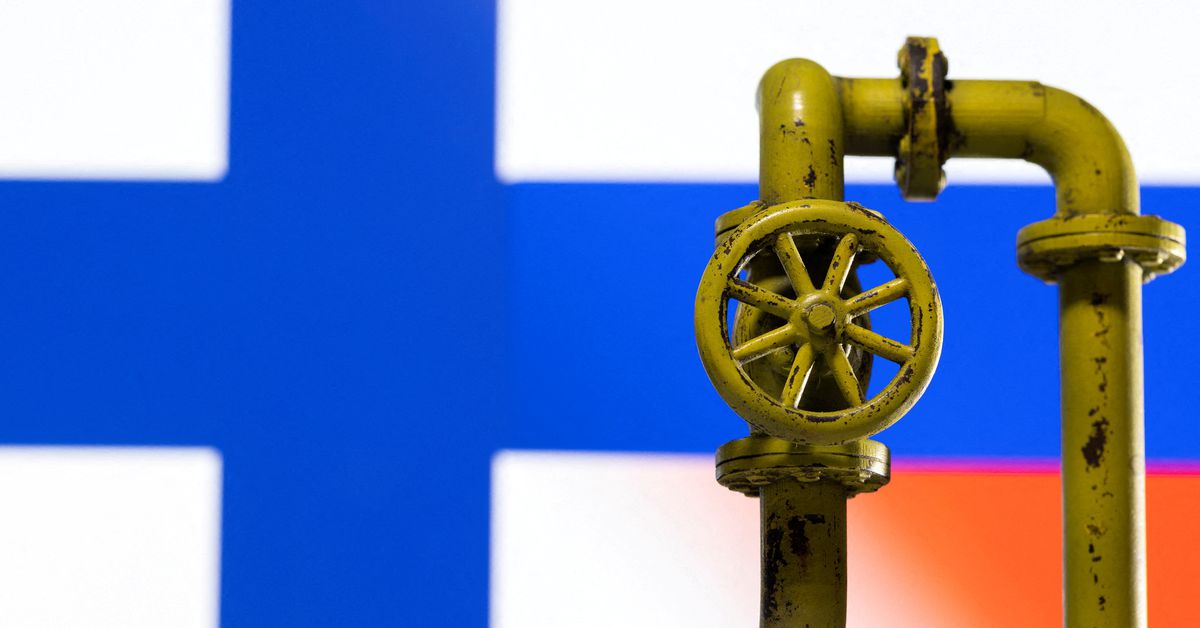 A model of the gas pipeline is seen in front of the colors of the Finnish and Russian flags displayed in this illustration taken April 26, 2022. REUTERS/Dado Ruvic/Illustration/File Photo

The newspaper did not say where the warning came from and Reuters was unable to verify the information.

Most of the gas used in Finland comes from Russia, but gas only accounts for around 5% of the country’s annual energy consumption. Read more

However, losing most of the gas supply would mean that industry giants like Neste (NESTE.HE) and Metsa (METSB.HE) as well as other companies in the forestry, chemical and food industries would have to find alternative energy sources or adapt their production.

On May 5, the Finnish government said it was prepared for the possibility that its eastern neighbor would cut off gas delivery at the end of May in response to Finland’s refusal to comply with Russian demands for gas payment in roubles. Read more

With direct pipeline connections to Russia, Finland and the Baltic countries are more dependent on Russian gas than other European countries. If Russian gas supply is reduced or cut off, Finland, Estonia, Latvia and Lithuania may have to reduce demand, European gas operator network ENTSOG said in its summer outlook in April.