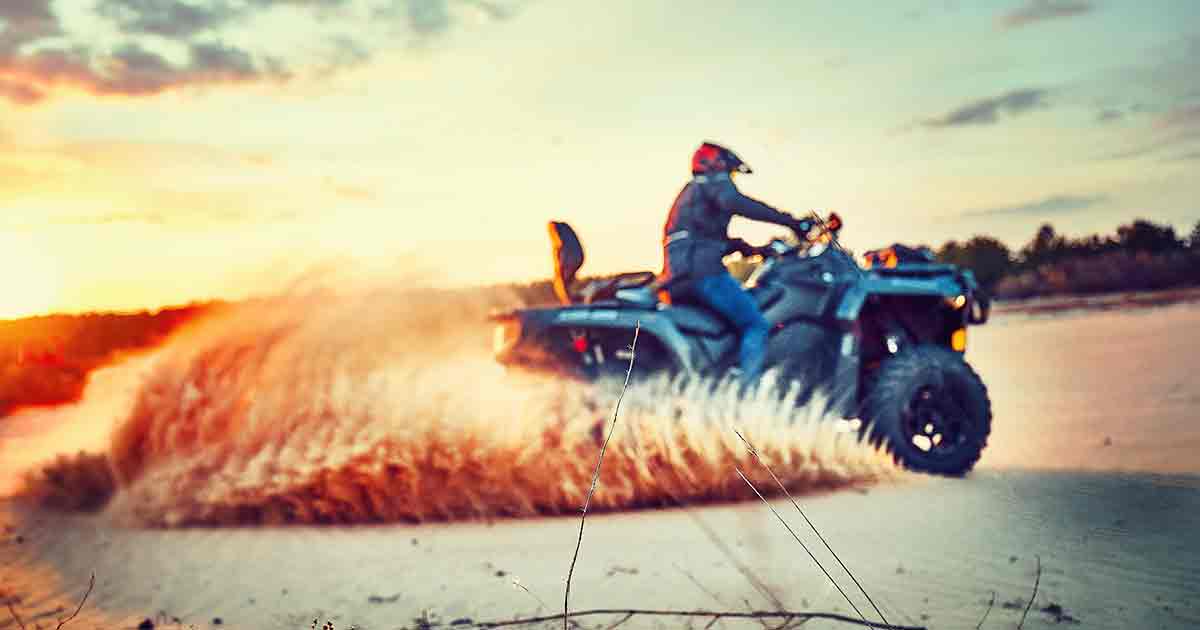 ROCK SPRINGS – The City of Rock Springs will consider a trail project that connects communities in southwest Wyoming through a network of off-road trails.

After hearing from the SWOT (Southwest Wyoming Off-road Trails) group at a recent meeting, the Rock Springs City Council will continue to study the use of off-road trails as a way to generate revenue for the community.

SWOT founder Mark Tesoro said SWOT is an economic development project for communities in southwestern Wyoming by connecting them through a series of trails, roads and county roads.

Advertisement – The story continues below…

According to Tesoro, Evanston has already approved ordinances allowing all roads and streets in the city to be listed on the Wyoming state trail system. This allows someone on an ATV or side-by-side access to all of their roads as long as they purchase a $15 off-road vehicle (ORV) sticker. The Uinta County Commission followed suit and added approximately 15 county roads to the trail system allowing residents access from Uinta County to the Bridger Valley area.

Other communities so far joining their project are Lyman, Kemmerer, Mountain View, LaBarge, Big Piney and Marbleton. Dubois was the first city in the state to launch such a program, so the others followed suit.

“The idea is to bring people into the communities, and we may not have some of the natural wonders that they have in other states, but we really have our own interesting, exciting and historical things to see here in southwest Wyoming,” Tesoro mentioned.

“There’s really a lot to see in southwest Wyoming and it would be a way to get people into the communities, have them stay maybe a few days, and then drive from there to another community where they could do the same,” says Tesoro.

“There are trail systems like this in many other parts of the county, it’s just new to Wyoming,” Tesoro said.

What’s great about this program is that it plans to use existing oilfields, windmills, counties, two-lane roads, and ranching roads that have been around for decades. He said they use existing public rights of way to connect communities. In order to connect Evanston to outside communities, the group worked with the Wyoming Department of Transportation (WYDOT) to put a trail inside its right-of-way fence for public access.

According to Tesoro, a bill will be introduced in the Wyoming Legislature to amend certain state laws to address some of the right-of-way issues of this project.

Wyoming State Trails plans to make this statewide, but it will take time, which is why Southwest Wyoming is moving forward on its own. Tesoro said he had previously visited the Sweetwater County Commission and they were on board, but is now seeking permission from Rock Springs.

For Rock Springs’ part, Tesoro was asking the city council to change its ordinances to allow ATVs and side-by-sides to access community roads. It would be up to Rock Springs officials to determine whether it wanted to open only certain roads or all of its access roads. Rock Springs being a much larger community than the others who have participated in the program so far, he knows that it will take them longer to figure out what they want to do.

Pete Stinchcomb, WYDOT District Construction Engineer for District 3, said WYDOT Director and Governor Mark Gordon are supportive of the effort. He said they are working to figure out which routes will work best because they don’t want to open every route.

“I will note that if we do this interstate crossing, it will be the only one in the entire country,” Stinchcomb said.

Sen. John Kolb, R-Rock Springs, said he supports this project because these travelers will need a place to fuel up and eat, which is why it’s important that larger communities support it. It’s a way to develop the county’s economy. He said he would be willing to work with the Council to find ways to resolve any issues that arise.

“I think there are a lot of great benefits to that,” Senator Kolb said. “I will support this legislatively…”

As for the maps and proposed trails, Tesoro said they would rely heavily on locals to select the best routes, as they are the ones on the trails and know the area much better.

Councilors asked Tesoro more questions about what other communities were doing and wanted to know if it would be confusing for those using the trail system if Rock Springs didn’t have all of its roads open for trail use.

Tesoro said that’s where signage and education would be important to the success of this program. They can educate passengers via apps, maps or brochures. They should clearly state which routes were open to the use of OVR stickers and which were not.

The Council also wanted to know if drivers needed insurance, licensing and registration, as the VHR sticker is different, than the requirements for road-legal vehicles. Tesoro said on the sticker request that they must have insurance. As for license plates, many other states do not require them and therefore will not be mandatory. However, the person driving the ATV or side-by-side must have a valid license plate.

After much more discussion, the Council decided that they would like to learn more about this program, review the ordinances that other communities have written and are using, and decide if this is something Rock Springs will pursue.

To listen to the full presentation, watch the video below. The presentation begins approximately 8 minutes.