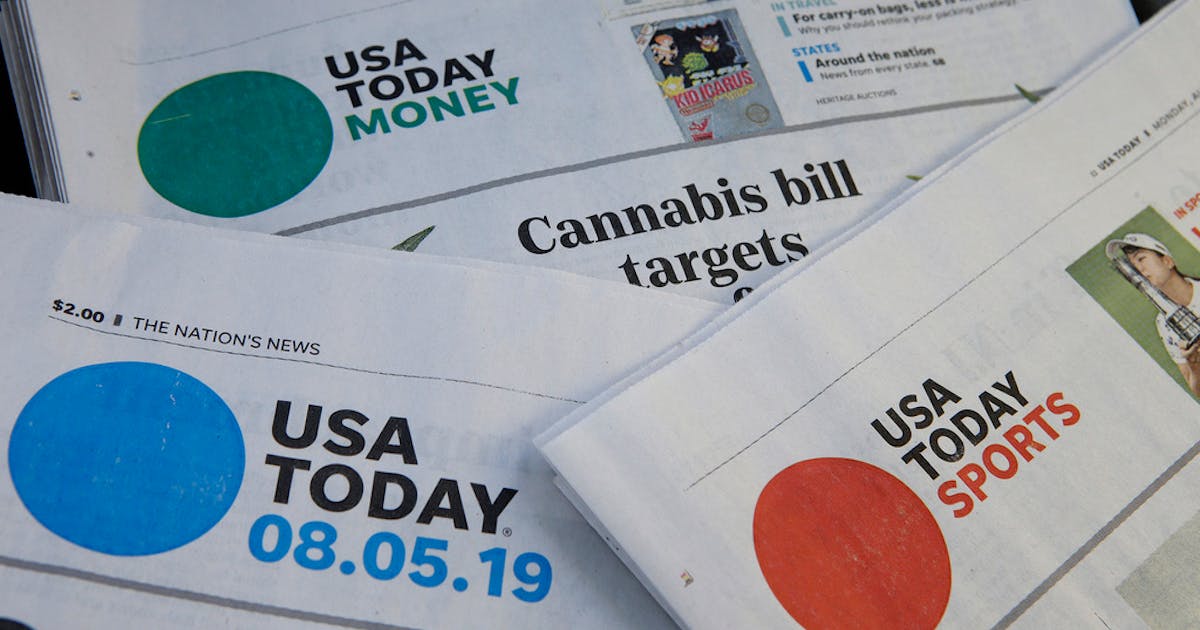 Newspaper publisher Gannett Co. confirmed on Friday that it was laying off some of its newsroom staff, as part of a cost-cutting effort to cut expenses as its revenues slump amid decline in ad sales and customer subscriptions.

The McLean, Va.-based company declined to provide details on the number of people losing their jobs. In a statement, Gannett spokeswoman Lark-Marie Anton spoke of the need “to act quickly given the challenging economic environment. These workforce reductions are incredibly difficult, and we are grateful for the contributions of our departing colleagues”.

Gannett, which owns USA Today and more than 200 other US daily newspapers with print editions, ended last year with more than 16,000 employees worldwide, according to the company’s annual report. The payroll included more than 4,200 journalists, editors and photographers.

The layoffs are the latest sign of tough times in the newspaper industry, which has been shrinking steadily for more than a decade as more advertising moves from print to digital and readers turn to other online outlets for information and entertainment.

Major newspapers such as The New York Times, The Wall Street Journal, and The Washington Post have managed to amass substantial digital audiences by focusing their coverage on broad topics that appeal to people across the country. But regional and local newspapers have struggled to find a formula that works in narrower markets.

Gannett CEO Michael Reed announced the cuts last week after the company reported disappointing results for the April-June period and clouded its outlook for the rest of this year.

Reed told industry analysts that Gannett would “cut significant and ongoing costs” from his business, focusing on operations devoted to the production and delivery of the print editions of his newspapers. The move reflected recognition that Gannett is unlikely to recoup much of the revenue that evaporated with the demand for print editions.

In its most recent quarter, Gannett’s revenue fell 7% from the same period last year to nearly $749 million. Meanwhile, the company’s operating expenses edged up 1% from a year ago to nearly $770 million.

This disparity is one reason Gannett suffered a loss of nearly $54 million in the quarter. In another sign of distress, Gannett cut its full-year revenue forecast to about $3 billion from a previous forecast of $3.1 billion to $3.2 billion.