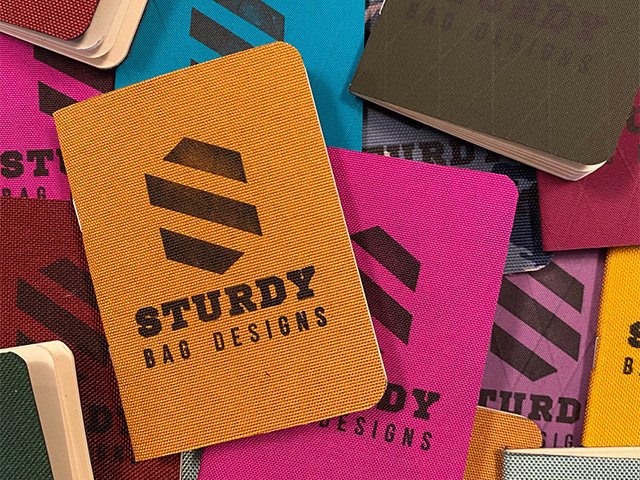 Mordecai Book Building is a one-man book store just west of Middleton. It’s on the edge of the Driftless, in a house that started life as a stone schoolhouse in 1861. There are fields out front, but it’s minutes from Highway 14. The small operation might seem like a both spared and, in the manner of printing presses, encumbered.

Founder Tobie DePauw owns several vintage presses, including a Vandercook No. 4 letterpress and a Golding Pearl from around 1895. “It’s a nice little machine, relatively fast and increasingly rare,” says DePauw of the Pearl . The Vandercook operates via a crank, the Pearl via a pedal. With them, he creates tailor-made books for companies and individuals. He also does hand binding and repairs of antique books and Bibles.

DePauw learned bookbinding in an unconventional way. “My undergraduate background was part philosophy, part media studies, part sociology,” he says. While on a college trip to San Jose, Puerto Rico, in 2000, he was introduced to a binder at a church that operated as a community job skills center. He was so impressed with it that two years later he returned to work there for a year.

He learned a lot from these artisans. “They were very rough, no pun intended. They built a lot of their own tools. And they were very resourceful.

When DePauw returned to the United States, he wanted to continue bookbinding and was surprised to learn that it was rare and expensive here. He started in a college library rebinding books, moved on to binding Bibles and family heirlooms, then started looking for second-hand materials to start producing books on his own.

He found his presses at small printers who were retiring and were “glad there was someone to take it”, he says. He got his type cabinets “for a fraction of the cost” in similar situations: “When I see type, I try to claim it so it doesn’t go to waste.” The letterpress type is becoming increasingly rare as people use it for jewelry or other crafts, or simply melt it down.

Much of his enthusiasm these days is directed towards what he calls paperbacks – notebooks with covers he prints on vintage papers he seeks out at antique shops and garage sales, or scrap paper that he collects from engravers who have to run many test sheets. Sometimes paperbacks are blank, sometimes they have a more specific function – bike logs, running records or wine list notebooks.

“I really liked the paperback style,” he says. “It’s tactile, it’s fun. It’s affordable. DePauw calls his paperbacks “pedestrian”—but in a good way—one-of-a-kind, carefully crafted books that aren’t so valuable that people don’t want to use them.

DePauw also does small series of personalized books, which he calls desktop publishing. He’s worked with a spa that released seasonal herbal recipes, a dog obedience school with a book of best practices, and a group that released a companion book with sayings and stories. “I find great joy in seeing these ideas come to life,” says DePauw. “Publishing can be an intimidating word, so I relate that to the DIY ethic of ‘Let’s just build it. Let’s just write it down.

He also published a few books of his own; one, “Idle Hand Book”, is full of puzzles; another is a collection of what he calls two-word stories, made from provocative phrases he had been collecting for years. Many of his desktop publishing works come from bike shops, which print maintenance and repair guides. This brings DePauw’s day-to-day work with the Madison-based Ride Spot app (which matches riders with bike rides tailored to their interests and skill levels) to his passion for print.

While most of DePauw’s work is custom commission, he sells books at The Regal Find, 1834 Parmenter St. in Middleton.

DePauw is not trained as a designer, but he himself invented the Mordecai brand, a geometric representation of a stack of books with an open book on top: “My brand is intentionally spartan. I like clean. He also does linocuts: “I have a lot of experience just to understand.”

He particularly likes typography. “It adds that tactile appeal. People can see that it is different from a laser printer or an offset press. You see a reflection [on the ink] and you want to touch it.

This summer, DePauw will move bookbinding from the cozy L-shaped studio at the front of his house to his garage, as he acquires a larger press, a Heidelberg windmill, from a retired printer in Milwaukee. . Currently, he can print 200-300 covers per hour with the Vandercook, “depending on how much power I have”; the windmill will allow 2,000 to 3,000 per hour. “It’s a more automated, more complex machine, in that it has suction, lifts the paper and puts it in the tray, etc.”

DePauw visited the Milwaukee printer’s shop a few years ago out of curiosity, and more recently called the man to see if he would be able to help with a printout of a bike guide too bulky for its current equipment. They made a deal – the printer, who had retired, would help him print the run, with the deal that DePauw would buy his equipment – ​​which includes not one but two Heidelbergs. Moving the equipment to Middleton is going to be a big project. The Heidelbergs are “very heavy,” says DePauw, who will resell the second press and some of the other equipment he won’t need.

DePauw says he senses a market of big customers interested in projects like bike manuals, not just small bike shops. “That’s why I’m excited to invest in this new press and scale up a bit.”

Eventually, DePauw wants to use its new, larger print space to accommodate hands-on print shops. “I am now interested in teaching and the transmission of knowledge,” he says.