Pages of old Southland newspapers found under a farmhouse sofa 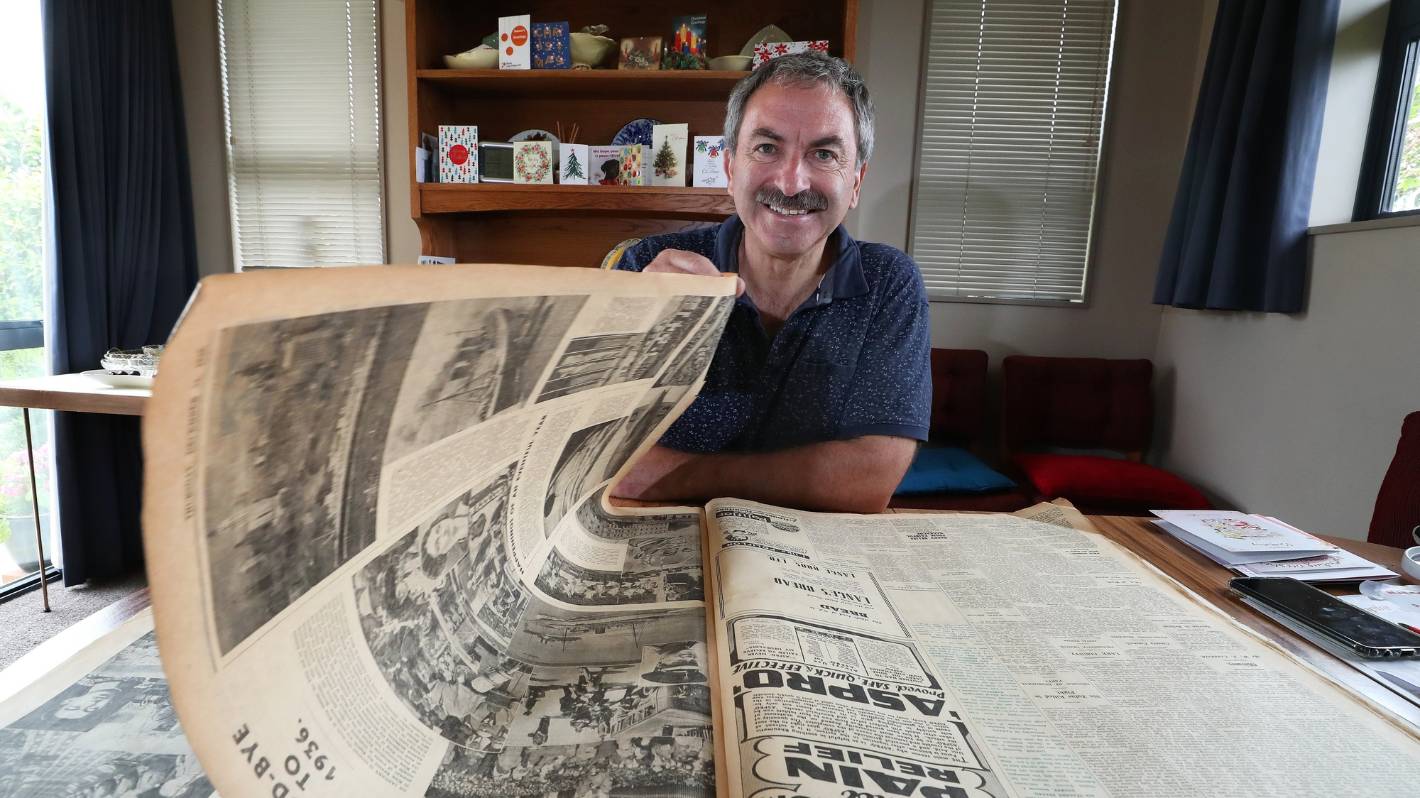 John McKenzie flips through the pages of the former Southland Daily News which he says was collected by his great uncle George McKenzie.

Finding a way to preserve a collection of newspaper pages from the period 1935 to 1938 is the summer goal of former Invercargill man John McKenzie.

He is in town to visit his family and has brought with him a file containing pages from the old Southland Daily News.

The pages needed a protective cover to help preserve them, said McKenzie, of Christchurch.

He was also thinking of digitizing them. Many of the stories on the pages had a military theme.

READ MORE:
* Owning a transport business helped a couple in their 60 years of marriage
* Historic anchor found near Stewart Island may be over 157 years old
* Letters: Bluff was a flying boat base

No one in his family was sure who collected the pages, but McKenzie believed it was his late great-uncle, George McKenzie.

“We think he went to World War II,” McKenzie said.

“As far as we know [the folder] sitting for probably 40 or 50 years under a couch in a farm house in Myross Bush.

George lived in the house for 10 years with his brother, Jack McKenzie, who is John’s grandfather.

John received the diary page dossier from his mother, Frances, just before going to work in Dubai seven years ago. John’s file and other personal effects were stored in Christchurch and were taken out upon his return in September.

He is employed by Airways NZ and worked for the company in an international sales role in Dubai.

Some of the stories on the 1937 pages relate to the Hindenburg airship disaster in the United States and Paterson Inlet on Stewart Island, which was promoted as the main terminal for seaplanes from Australia.

“They were promoting Paterson Inlet as a major terminal because it was a shorter distance than flying to Wellington or Auckland from Sydney and Melbourne,” McKenzie said.