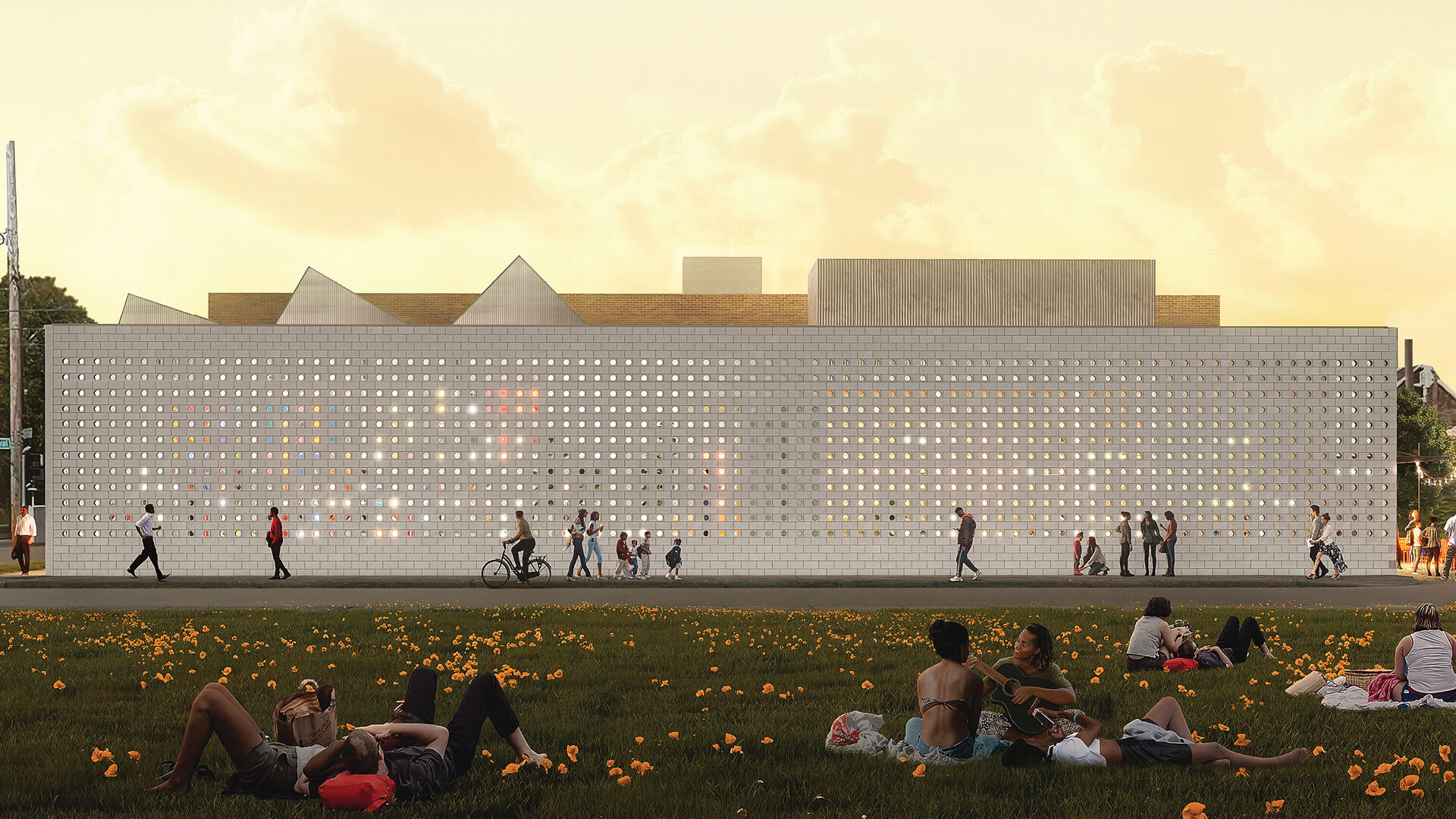 OMA New York, led by partner Jason Long, has announced its involvement in a mixed-use arts and community project for two local nonprofit groups in Detroit. The adaptive reuse project encompasses the transformation of a vacant 1900s commercial bakery and warehouse into a contemporary educational and public space for the local arts community in Detroit’s East Village neighborhood. The vision for the development dubbed LANTERN, as envisioned by OMA, includes 5,300 square feet of affordable artist studios, an art gallery, 4,000 square feet of creative retail areas and a 2,000 square foot courtyard as vibrant community space.


Once completed, the 22,300 m² complex will serve as the headquarters of PASC (Progressive Arts Studio Collective) and Signal-Return. “PASC and Signal-Return are two amazing organizations with a multifaceted approach to community development through the arts. To support and enhance their ambitions, we are turning both the building inward and outward to bring a new density of activity and creative living to East Village,” Long shares in an official press release. While Detroit and Wayne County operate PASC is the premier art studio dedicated to supporting people with developmental disabilities and mental health differences, Signal-Return is concerned with preserving and teaching traditional letterpress printing to Detroit. LANTERN aims to provide a studio, workshop, and gallery for PASC artists, as well as an expanded platform to host Signal’s hands-on workshops, exhibitions, educational events, and sale of prints and ephemera. Return by local artists.


The design takes advantage of the site, specifically an area of ​​the warehouse that was missing the roof. A courtyard at the heart of the building, defined as the multi-fronted main entrance, also lacked its back wall. The design brings a new face to the courtyard by transforming it into “an accessible public gate and condenser of activity”. Designed to align galleries within, this space would reinforce its character as the public heart of the building. Other programs including education, production and exhibition spaces for the two associations will be housed in the existing buildings, community service functions will be held in front of the courtyard, along Avenue Kerchevel .

As part of OMA’s schematic design, the existing brick openings on the exterior facade of the building will be strategically opened. “Openable windows,” according to the design team, “are inserted into the studios to allow ventilation; gallery windows are extruded to become art showcases; and larger openings provide indoor-outdoor potentials for production spaces. Instead of forging a new pattern of fenestrations, OMA will drill through the concrete masonry walls of the structure by creating more than 1,500 holes and filling them with cylindrical glass blocks. The effect that this arrangement would have is that one could see subtle glimpses of the building’s activities outside at night, with the structure evoking the image of a glowing lantern.

A collaboration between the OMA and the contemporary art gallery Library Street Collective based in downtown Detroit, the project’s expected completion has yet to be announced. Under the leadership of Jason Long and Shohei Shigematsu, OMA New York engages in a diverse portfolio of work in the Americas, ranging from urban planning and public realm to adaptive reuse and residential developments. STIR previously featured the company’s Audrey Irmas Pavilion in Los Angeles, designed as a cultural extension of the 1929 Byzantine Revival Wilshire Boulevard Jewish Temple.