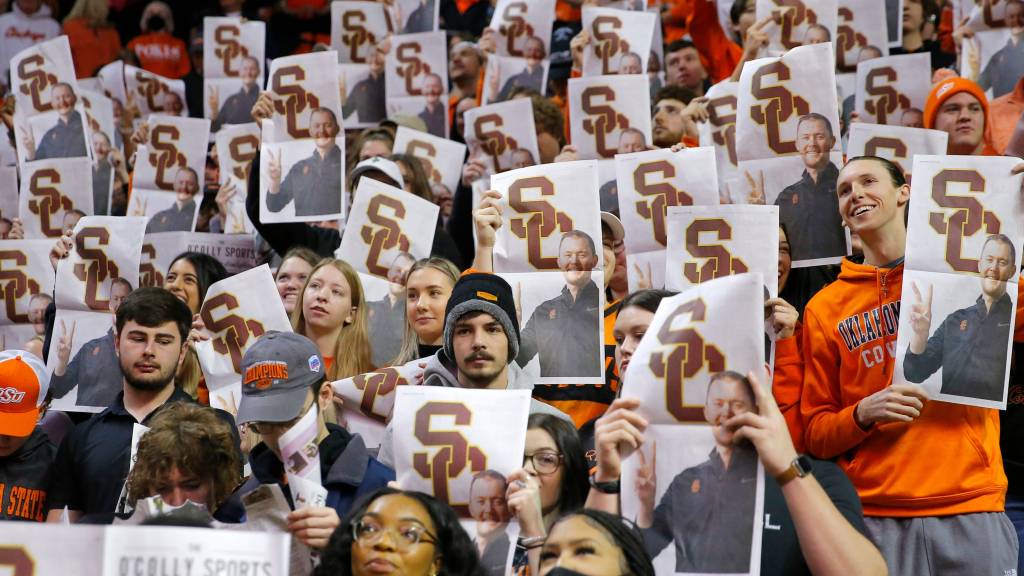 Who knew USC football was so popular in Stillwater, Oklahoma?

Truth be told, Oklahoma State fans don’t really care about USC, but they used the USC logo as a chance to remind their in-state rival that Lincoln Riley has packed his bags. and moved to Los Angeles.

During Saturday’s Bedlam basketball game between Oklahoma State and Oklahoma in Stillwater, OSU students collected newspapers bearing the USC logo and a picture of Lincoln Riley doing the “Fight On!” symbol with his hand. Oklahoma fans are rightly upset that Riley left the program, so Oklahoma State students jumped at the opportunity – and a period of time when emotions are still running high about this departure – to throw a shot at the Sooners.

This is what a rivalry in the state is:

Oklahoma fans have every reason to feel betrayed by Lincoln Riley. Bob Stoops certainly has every right to feel betrayed, since he essentially handed over the keys to Riley as the chosen successor at OU.

USC fans, on the other hand, don’t hate Oklahoma or OU football fans. They’re just tired of being bothered with the subject. They have nothing to do with this move and just want Riley to win a bunch of football games for the Trojans.

There’s nothing wrong with Oklahoma fans continuing to be angry about this…as long as they don’t take their frustrations out on USC fans, whose happiness about their new good fortune should not be construed as reveling in Oklahoma’s misfortune. They are two very different things.