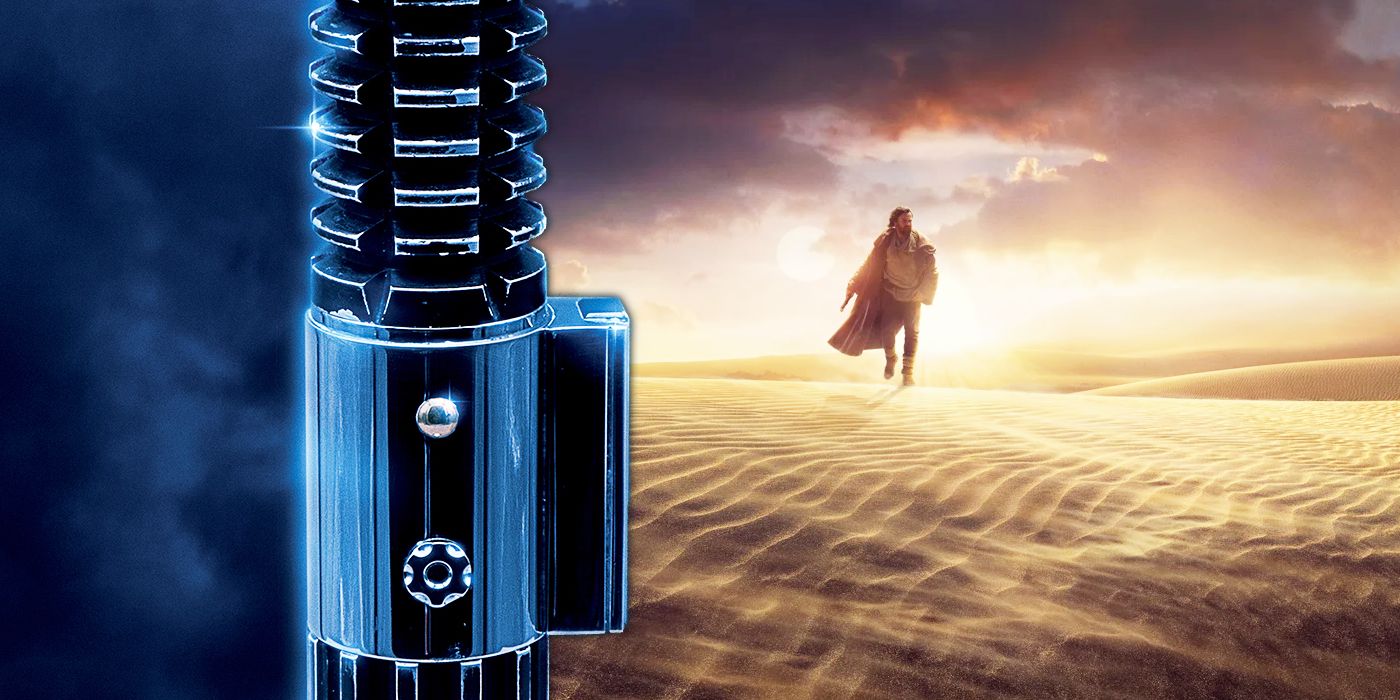 Obi-Wan Kenobi’s iconic lightsaber is the star of a new set of artwork.

Total Film magazine has shared a pair of covers featuring Ewan McGregor as the hooded Obi-Wan and a high-quality photo of Kenobi’s lightsaber. The blade shown is the same one the character wielded in Star Wars: Revenge of the Sith and A new hope. The issue will also feature exclusive interviews with McGregor, Hayden Christensen, Moses Ingram and director Deborah Chow, on newsstands Thursday, April 28.

The Disney+ series will mark McGregor’s fourth outing as Kenobi, having debuted as the character in 1999 The Phantom Menace. Although the prequel trilogy has received significant negative reviews over the years, McGregor’s performance as a calm but easy-going Jedi master is considered one of the movies’ highlights. Obi Wan Kenobi takes place 10 years later Revenge of the Sith and will show Kenobi dealing with the fallout of Anakin Skywalker’s transformation into Sith Lord Darth Vader.

Christensen was announced to reprise his role as Anakin Skywalker/Darth Vader in December 2020. In preparation for his comeback, Christensen watched all the star wars movies and dove into TV epics to see how Skywalker’s story evolved. “I went back and rewatched all the movies,” Christensen said. “And I also got into animated series, The Clone Wars and rebels.”

Also returning to the star wars The universe is Joel Edgerton and Bonnie Piesse, who made appearances in the prequels as Luke Skywalker’s uncle and aunt, Owen and Beru Lars.

Rounding out the cast are Ingram as the Third Sister, Indira Varma as the Imperial Officer, and Rupert Friend as the fan-favorite Grand Inquisitor. Friend recently opened up about her difficult experience with her character’s heavy makeup and costume. “It was a sweaty, sweaty suit and I sweated buckets inside the prosthetics that poured all over my face at the end of the day and made me look like a very, very miserable clown,” said explained Friend before remarking that this experience was “totally worth it!”

Obi Wan Kenobi premieres on Disney+ on Friday, May 27 with two episodes. The other four will be released weekly on Wednesdays until June 22.