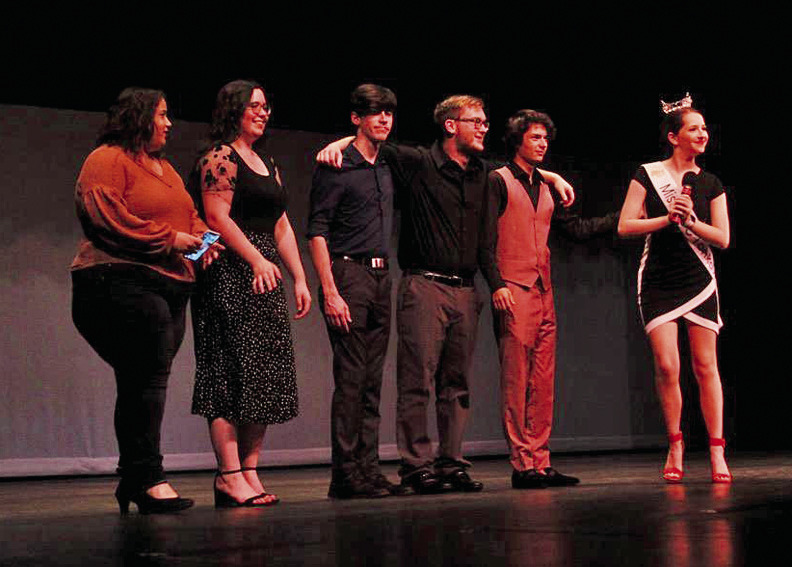 From September 19-23, Northern Oklahoma College held its Suicide Prevention and Mental Health Awareness Week. Throughout these days, staff and volunteers worked to raise awareness and inform students on campus.

On Monday, September 19, there was a game trailer and a movie, The Perks of Being a Wallflower, on the lawn. This film deals with heavy topics, such as suicide, mental illness, panic attacks, etc. On Tuesday, Miss NOC Tonkawa, Emma Valgora and other volunteers sat at an information table with brochures and information materials. These materials ranged from tips on how to deal with stress, mental health issues, and how to recognize and help loved ones with suicidal thoughts or tendencies. It was at this information booth that Valgora realized the perfect way to start his speech at the mental health awareness concert the following evening.

“Raise your hand if you, or someone you know, is struggling with a mental illness,” All hands went up in the auditorium as she asked her question and it was clear she had chosen the perfect example. During intermission of the wonderful concert hosted by the Music Department of Northern Oklahoma College, Valgora gave a short speech about how important mental health awareness is to her personally and to so many others. She talked about her three Ps: pause, provide and prevent.

Pause: Take a step back from what is causing a mental breakdown and take a break. Whether it’s watching a movie or taking a bubble bath, remove yourself from the situation To bring: This is where Valgora and so many others come in. By giving people the information and tools to help themselves, more people are educated about mental illness and how to help those with it. People need to know they are not alone, which is why Valgora believes mental health awareness should be talked about and even taught more in schools.

After his speech, the music department ended their concert with songs that were both beautiful and heartbreaking about emotional struggles to make it clear that people are not alone in their mental illness.

Thursday, September 22 was ‘Stress Free Day’, but unfortunately, due to rain, the dunk filled with instructors, coaches and even the president, Dr. Harris, was postponed. On Friday 23 September, the NOC celebrated the end of the week by asking all staff and students to wear turquoise or purple to represent the national colors of suicide awareness.

NOC Suicide Prevention and Mental Health Awareness Week may be over, but the support and information provided will continue to raise awareness of these issues and bring students together. For anyone struggling with mental illness or suicidal thoughts, the national Suicide and Crisis Lifeline number is 988 and they are open 24/7.