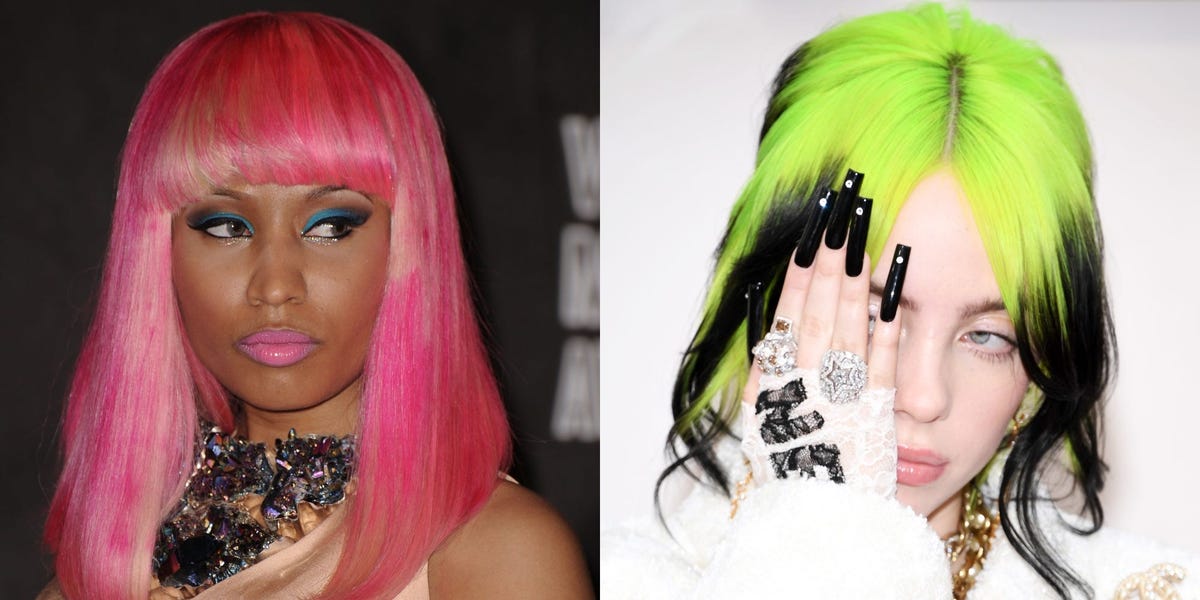 Get the Insider app

In a podcast episode released Wednesday, Nicki Minaj sat down with rapper and media personality Joe Budden for a follow-up to their explosive pair of conversations from 2019. During their new conversation for The Joe Budden Podcastshe spoke about her experiences feeling left out of the fashion industry as a black rapper.

“Everyone knew me for wearing pink wigs,” she tells Budden during the chat, which begins at around 54 minutes.

“You’d think the greatest rapper of all time who set so many trends would have graced the cover of American Vogue, but that’s not the case,” she said, referring to herself. .

Minaj specifically called out fashion magazines to celebrate white artists, like Billie Eilish, for setting fashion trends like colored hair, which Minaj has been known to do for years. She noted that Eilish was “immediately put on American Vogue” with her green hair.

Minaj also revealed that she was asked not to wear her signature pink hair on magazine covers and instead was presented as a “stripped down” version of her colorful persona.

She didn’t blame Eilish during the chat for getting her “shine” and revealed herself to be a fan of the “Bad Guy” singer.

“They’re going to say, yeah, she put that on the card, whether she put it on the card or not,” Minaj said of Eilish. “She’s successful, she’s beautiful, everyone wears a certain hairstyle – I know I love her, and when she does those covers, they look beautiful.”

She explained why she thought it was important to comment on the disparity. “The reason you all have to mention it is because when we don’t mention it we get erased, they act like it didn’t happen,” she said. She and Budden then drew comparisons to black musicians who “died poor”, while others were given credit for the styles they pioneered.

“People need to be careful about what they do and how they represent black artists and black people,” she continued.

During the conversation, Minaj also made the case for another edgy rapper. “The same way I feel like I should have been on the cover of American Vogue by now, so should Lil’ Kim if we keep it all the way 1000,” she said.

She said her problem was not with longtime American Vogue editor Anna Wintour, who drew criticism for the publication’s lack of diversity. “Every time I’ve met Anna Wintour, she’s been so kind to me,” Minaj said.

She clarified that her criticism was aimed at “who is at this table with” Wintour when she makes creative choices.

“It’s your responsibility to wave the flag. You don’t just put it on another face and another person,” Minaj added.

Listen to Minaj’s full conversation with Budden below.