Violent attacks in some communities in Plateau State and reports on the 2023 presidential election have dominated the front pages of Nigerian newspapers.

The Punch reports that groups loyal to former Lagos governor Bola Tinubu and vice president Yemi Osinbajo have clashed over the two politicians’ presidential ambitions. The newspaper says the bandits who attacked the Kaduna-Abuja train are demanding the release of 16 government-detained commanders in exchange for the release of more than 100 victims. 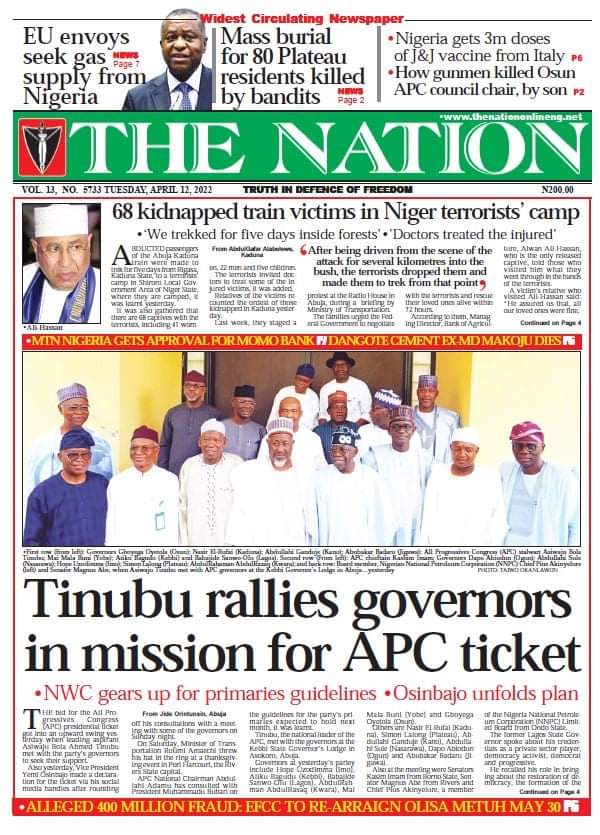 The Nation says Tinubu met with elected governors on the platform of the All Progressives Congress (APC) to rally support for his presidential ambition. The newspaper says more than 80 victims of bandit attacks in seven LGA communities of Kanam in Plateau State have been buried. 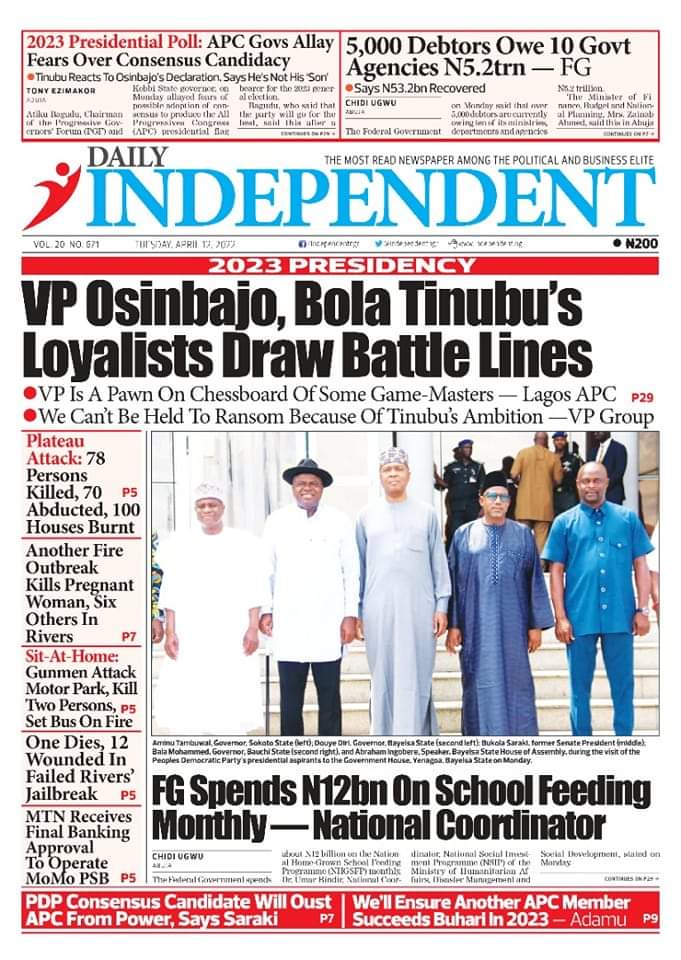 Daily Independent reports that the federal government says more than 5,000 debtors currently owe 5.2 trillion naira to 10 of its ministries, departments and agencies. The newspaper says gunmen enforcing the sit-at-home in Enugu attacked a car park which resulted in the death of two people. 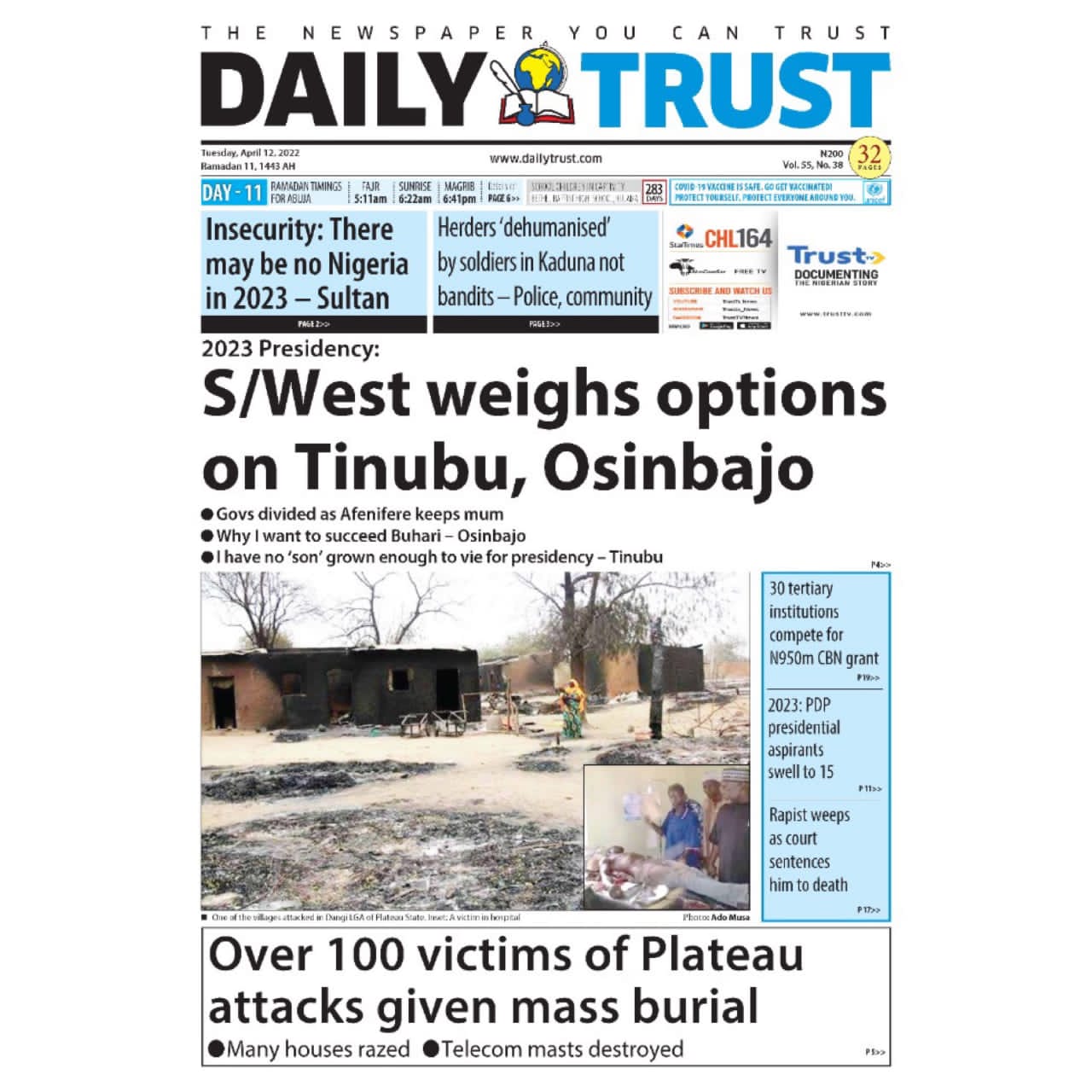 According to Daily Trust, Sa’ad Abubakar III, Sultan of Sokoto, has warned that the country may not see 2023 if growing insecurity is not addressed. The newspaper reports that the presidential candidates of the Peoples’ Democratic Party (PDP) have increased to 15. 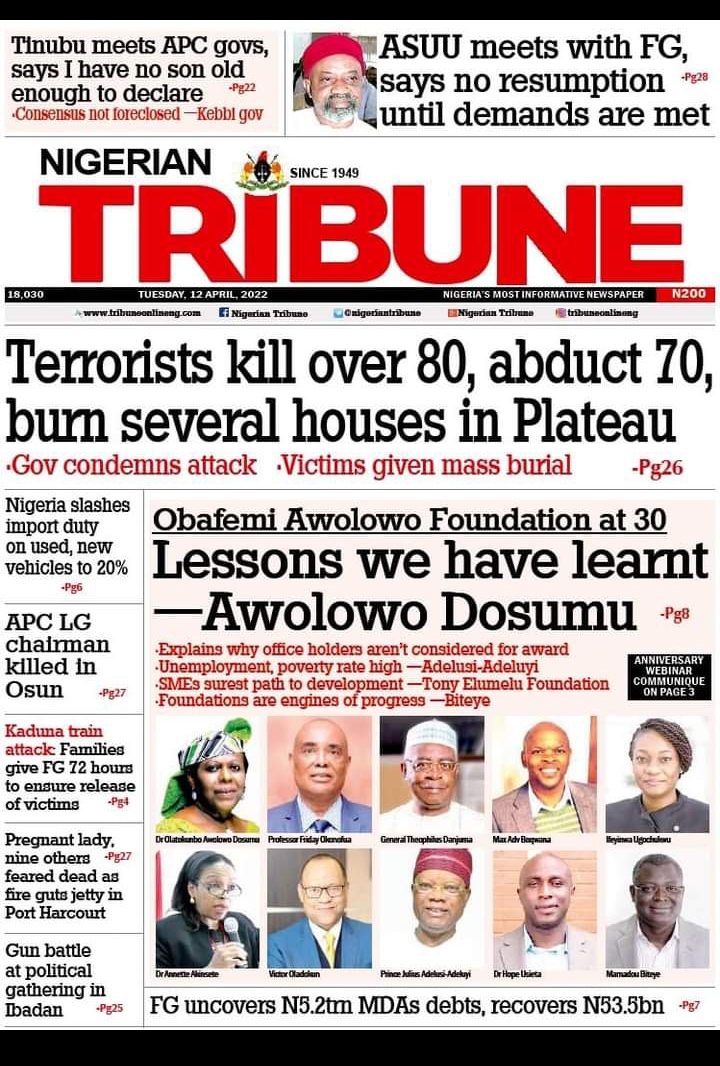 The Nigerian Tribune says the families of the victims of the Kaduna rail attack have issued a 72-hour ultimatum to the federal government to secure the release of their loved ones. The newspaper says a pregnant woman and nine other people were killed in a fire at Nembe/bille jetty in Port Harcourt, Rivers State.