The Senate’s decision to remove the mandatory direct primary option from the Electoral Law Amendment Bill dominated the front pages of Nigerian newspapers.

The Nation reports that the governors are keen on their influence in the All Progressives Congress (APC) ahead of the party’s national convention. The newspaper says Bola Tinubu, an APC leader, has clarified his position on “expired” permanent voter cards (PVCs). 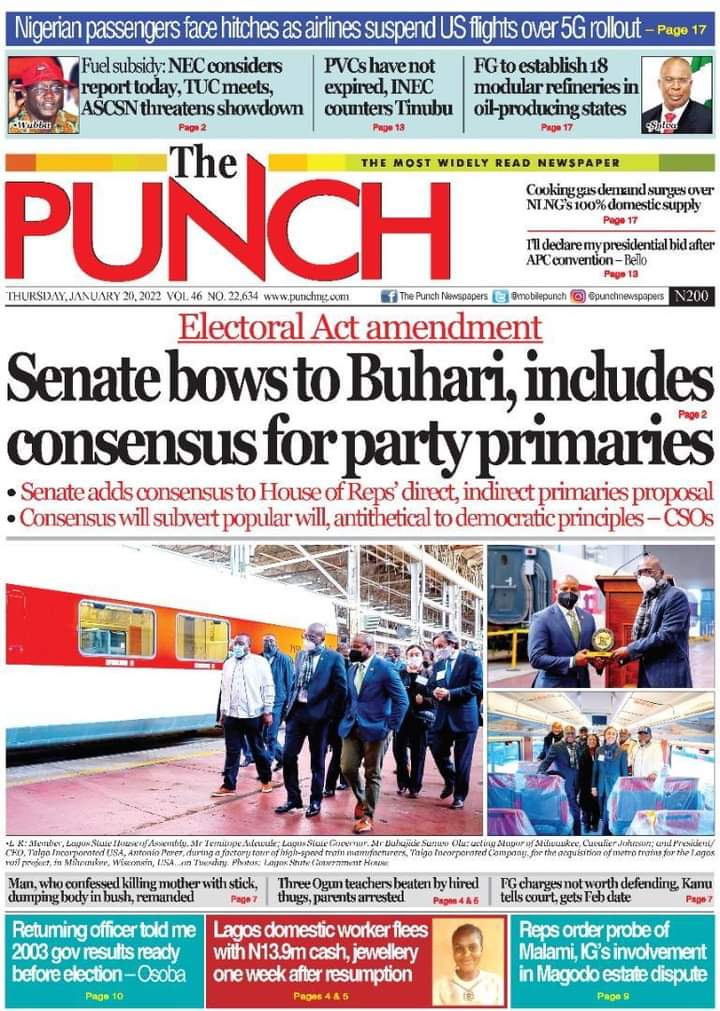 The Punch reports that the Senate included consensus and indirect options in the Elections Law Amendment Bill. The newspaper says the federal government will establish 18 modular refineries in oil-producing states. 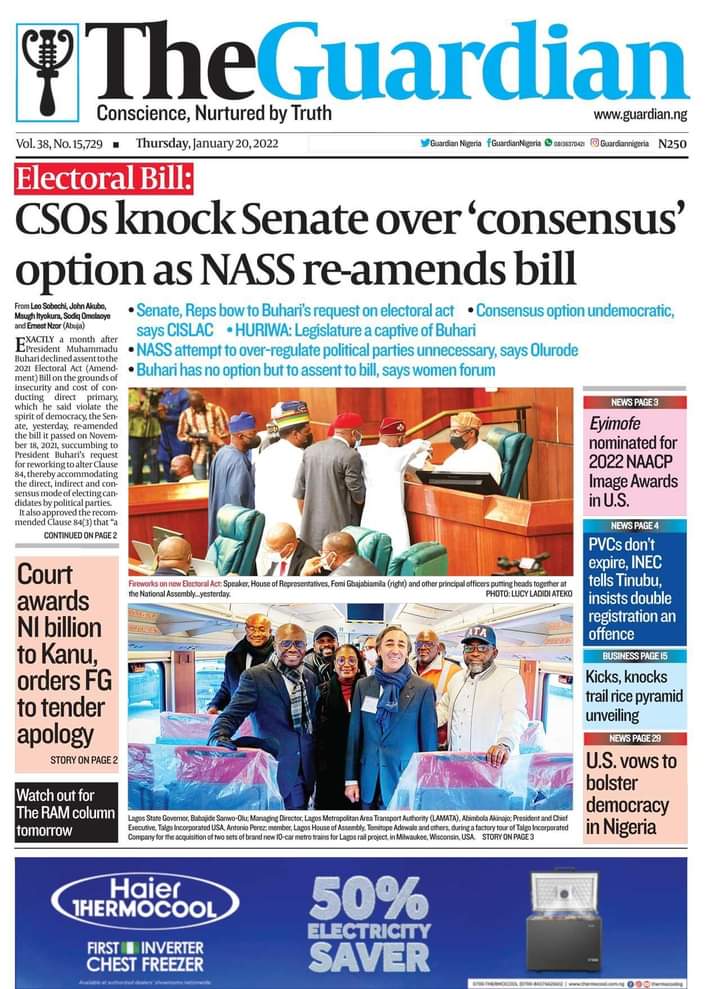 The Guardian reports that a High Court in Umuahia, Abia State, ordered the Federal Government to pay 1 billion naira to Nnamdi Kanu, leader of the Indigenous People of Biafra (IPOB), for violating the rights. The newspaper reports that the Independent National Electoral Commission (INEC) has said PVCs have no expiration date. 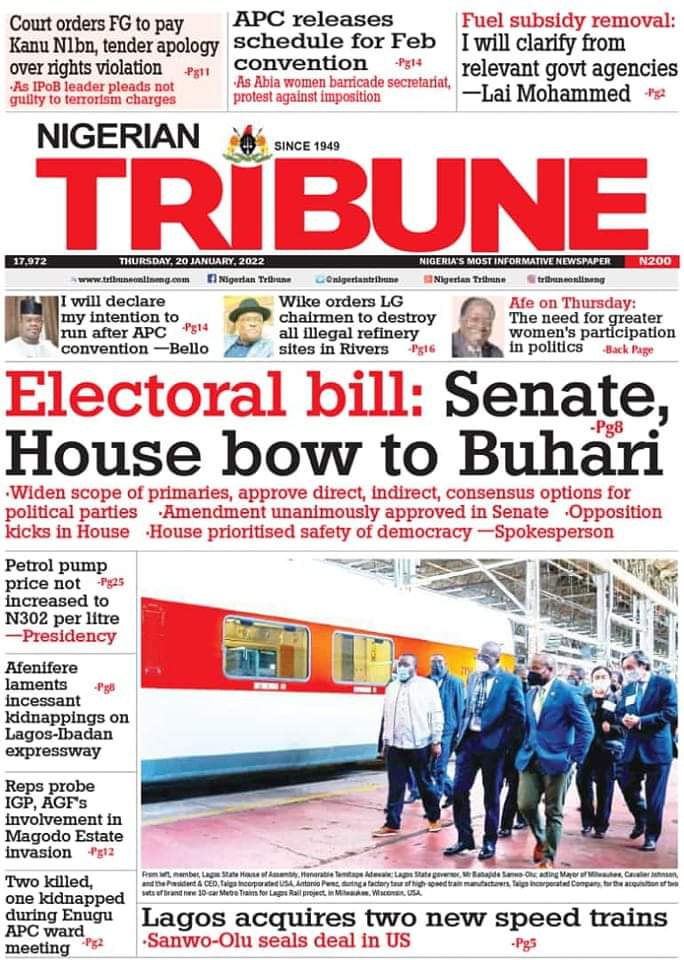 The Nigerian Tribune reports that Nyesom Wike, Governor of Rivers, has asked the LGA Presidents to destroy all illegal refineries in the state. Afenifere, a socio-cultural group, lamented what it described as ongoing kidnappings on the Lagos-Ibadan highway, the newspaper reports. 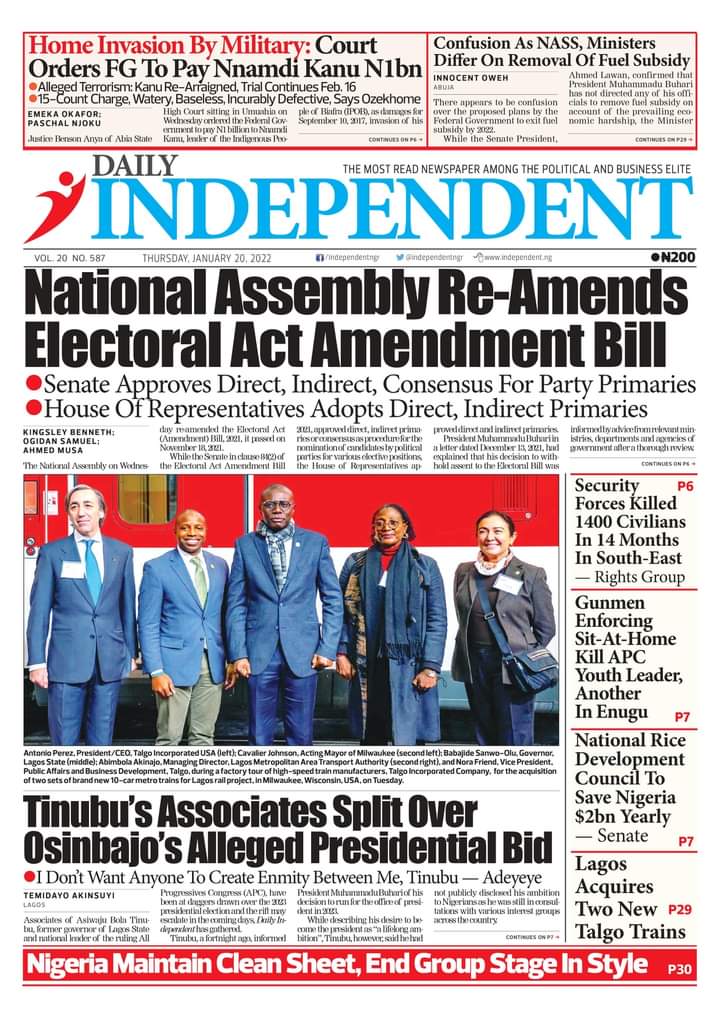 According to the Daily Independent, Tinubu’s associates are divided over Vice President Yemi Osinbajo’s alleged presidential candidacy. The newspaper reports that the planned removal of the gasoline subsidy has caused confusion between the National Assembly and government departments.