Reports on the aftermath of Saturday’s national convention of the All Progressives Congress (APC) dominated the front pages of Nigerian newspapers.

The Punch reports that the APC has inaugurated an appeal committee to consider concerns about the party’s national convention. Bakers under the umbrella of the Premium Bread Makers Association of Nigeria lamented rising energy costs and rising exchange rates, according to the newspaper. 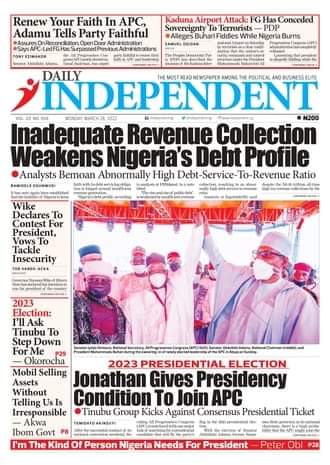 Daily Independent reports that insufficient revenue collection is affecting Nigeria’s ability to service its debt. The newspaper reports that Nyesom Wike, governor of Rivers, has declared his interest in running for president in 2023. 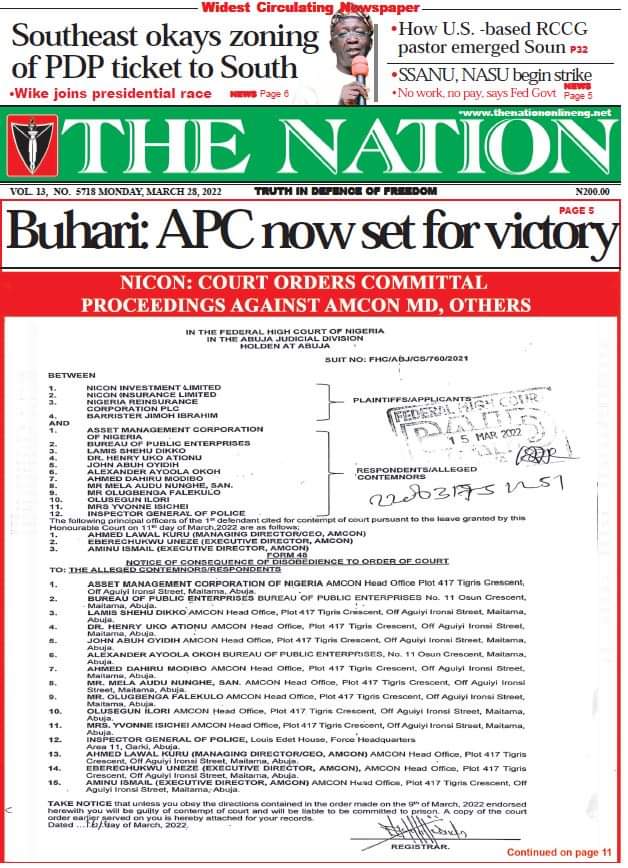 The Nation says President Muhammadu Buhari congratulated the APC on the success of its March 26 national convention. The newspaper reports that southeastern People’s Democratic Party (PDP) stakeholders have approved the zoning of the party’s presidential ticket to the south. 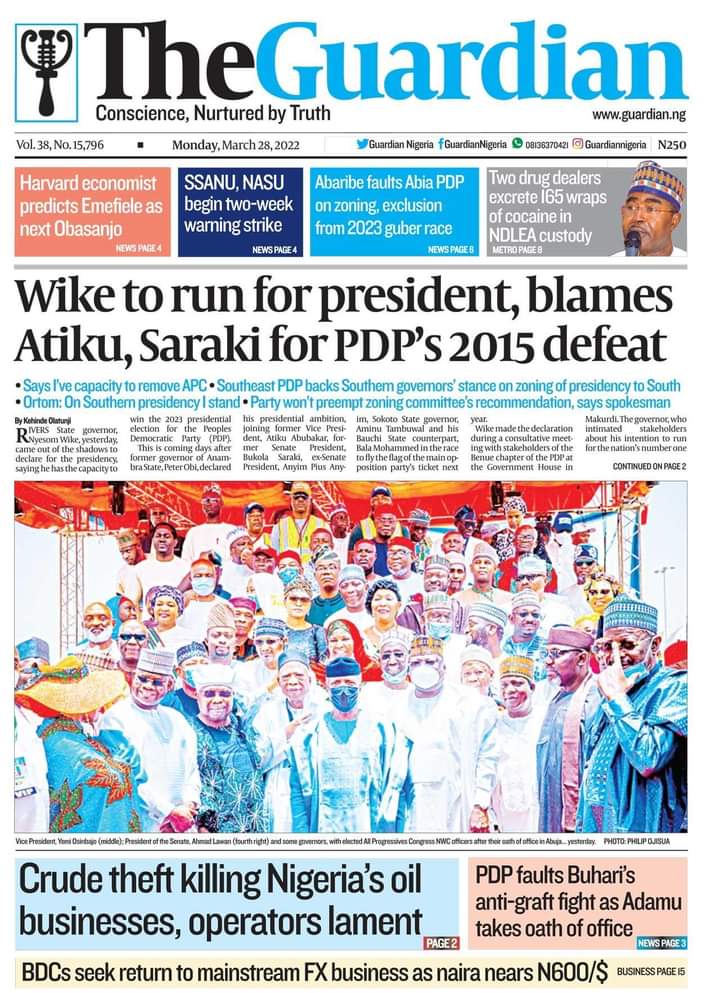 The Guardian says oil industry stakeholders have lamented the trend of crude oil theft in Nigeria. The newspaper reports that the Joint Action Committee (JAC) of the Association of Senior Executives of Nigerian Universities (SSANU) and the Non-Academic Staff Union (NASU) has started a two-week warning strike. 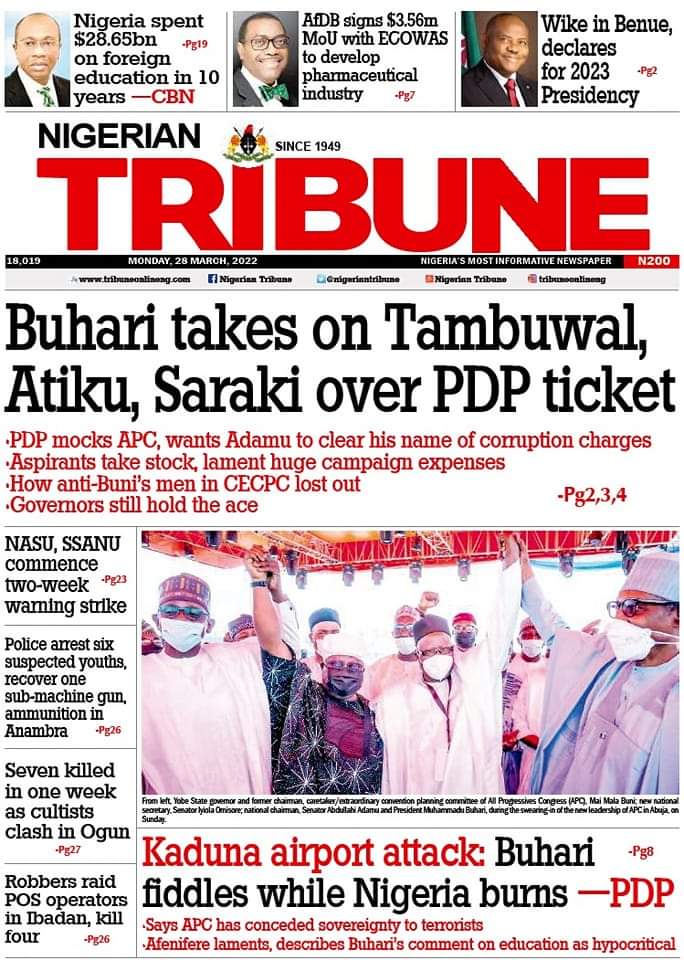 The Nigerian Tribune reports that the Central Bank of Nigeria has revealed that Nigeria has spent $28.56 billion on overseas education in 10 years. The newspaper reports that four people were killed when thieves raided five POS terminals in Ibadan, Oyo state on Friday.