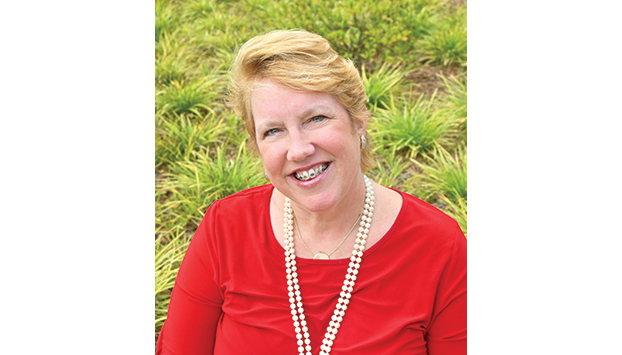 Six years ago, Mark Wineka, newly appointed editor-in-chief of the new Salisbury the Magazine, summed up the purpose of the publication with a simple message: Salisbury’s the place.

Salisbury is the perfect place for a magazine that celebrates the people, places and things we are proud of, he wrote. With each issue, Wineka has gone to great lengths to show readers why Salisbury is the place to be.

Over the next six years, Mark, designer Andy Mooney, photographer Jon Lakey, and a group of contributors have succeeded beyond anyone’s wildest dreams by creating the best local magazine in the state of Carolina. North. The North Carolina Press Association has repeatedly named the magazine the best of its kind in the state of Tar Heel. Most often he won first and second or third place in his category.

Even after retiring at the end of 2019 from a full-time job at the post, Mark served as the magazine’s editor for two years, taking it through the depths of the pandemic and continuing to tell readers why Salisbury is the place as it became harder than ever to connect with neighbors and friends. It might have seemed simple, asking readers to submit photos, but the Summer 2020 edition was one of the most unique yet – showing the fruits of people’s quarantines.

As we took shelter, our creative talents ignored borders, Mark wrote in the pandemic edition.

The 2021 Holiday edition of Salisbury the Magazine, a publication of the Salisbury Post, marked the start of Mark’s full-time retirement. A familiar face takes the reins of the beloved publication: Susan Shinn Turner.

Turner is a girl from southern Rowan County who has written extensively on Salisbury and has long since stopped needing directions to get around town. If there’s a story going around Salisbury or County Rowan, she’s heard it.

She is originally from China Grove and graduated with honors from South Rowan High School. She continued her education at the University of North Carolina at Chapel Hill, where she obtained a bachelor’s degree in journalism. During her career, she worked for four North Carolina newspapers, including the Post.

Since 2013, Turner has been a full-time freelance writer, with frequent appearances in The Post and Salisbury the Magazine.

She is the daughter of Cora Shinn and the late Ed Shinn, who passed away on August 2, 2021. She is the wife of Jim Turner and her son, Andrew Poe, is a 2019 graduate of Catawba College.

When not writing or reading, Turner enjoys spending time with her family and taking Deacon, the white Labrador she gifted to her husband – a third-generation Wake Forest fan – for his birthday in celebration. year. It may or may not have been a wise decision. Time will tell us.

We’re excited to have her take on the editing work and know that she’ll get down to business, finding stories about the people and places that make Salisbury and County Rowan unique.

Send him your story ideas, introduce yourself or congratulate a friend by emailing [email protected]

In the meantime, the winter edition of the magazine is now on the streets. It can be found at all the usual locations or at the Salisbury Post office at 131 West Innes St. in Salisbury town center.

This edition features stories about Bobby Mault, a staple in the China Grove area, well known for its gas station and the Price of Freedom Museum. There are articles on Brian Hinson, a Salisbury High School football coach who took the program to new heights with the help of talented athletes such as Jalon Walker, Vance Honeycutt and a host of others. , and Hayden Simmerson’s house, which was made with reused bricks and materials from elsewhere.

Salisbury Town Planner Alyssa Nelson takes readers for a stroll through Bell Tower Green. Rowan’s original is Martha Corriher, who you can usually find in the Landis American Legion on the first Saturday of the month.

I hope you enjoy the winter edition of Salisbury the Magazine and come back to magazine racks this new year, eager to hear more.