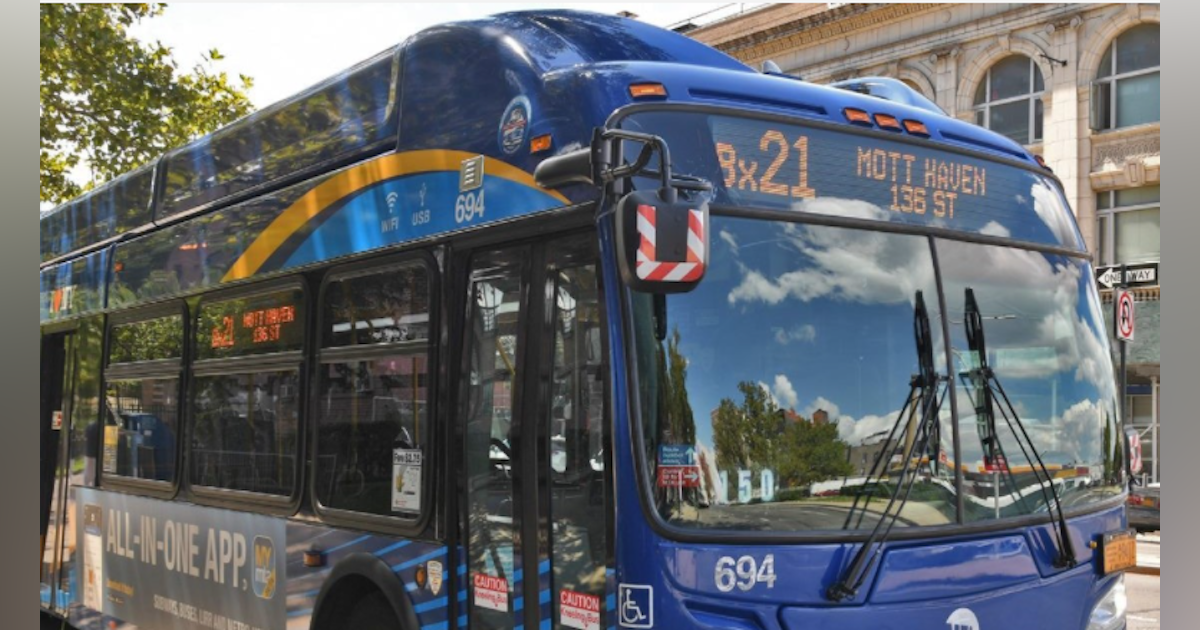 The newly redesigned Bronx local bus system will launch on June 26, according to the Metropolitan Transportation Authority (MTA).

In preparation for these changes, the MTA and the New York City Department of Transportation (DOT) are jointly launching a large-scale public outreach effort to notify customers of the changes that will be implemented. Some bus riders will begin to see Guide-A-Ride inserts replaced as early as Monday, February 28, with brightly colored inserts alerting that bus routes will change in summer 2022 at their respective locations.

“With faster buses, more efficient routes and a network that will improve accessibility to jobs, education and economic opportunity, the Bronx Bus redesign is truly a transformational plan developed in partnership with community leaders. locals and elected officials to better serve all Bronxites,” said MTA President and CEO Janno Lieber.

New York City Transit (NYCT) and DOT crews will begin adding new signage at approximately 450 bus stops throughout the Bronx, notifying customers of when the redesigned network will be implemented. Customers are encouraged to scan the QR code on the signs to learn about new routes, new destinations and benefits that will serve hundreds of thousands of Bronx bus riders.

“Our goal is to improve travel times and provide the most reliable service possible,” said Craig Cipriano, acting president of New York City Transit. “The Bronx Local Bus Redesign does just that and we’re excited to gradually see all of the hard work behind this project coming together.”

“The new Guide-A-Ride inserts that passengers will slowly start to see at several bus stops are an exciting reminder that good change is coming,” added MTA Chief Customer Officer Sarah Meyer. “There has been extensive awareness behind the development of the plan and we will continue to communicate through multiple channels to ensure the transition is as smooth as possible.”

MTA staff will conduct a public awareness and education campaign via in-person, print and social media before and after the June 26 start date for the new network to provide sufficient notice of the changes before going live. implementation and travel advice once the new network is in place. location. As the effective date approaches, bus riders will receive brochures outlining the redesign and NYCT staff will be available to answer questions at key locations around the borough. Information on these outreach efforts will be announced at a later date.

In December, the MTA’s Board of Directors unanimously approved a redesign of the Bronx local bus system, which includes changes to improve routes for local, limited, and selected (SBS) bus services. To deliver a more efficient and reliable service, the revamped network focuses on streamlining routes, improving connectivity, improving frequency, improving bus stop spacing and, in partnership with DOT, expanding bus priority.

“I am thrilled to see the launch of the Bronx’s new local bus system,” said Frank Annicaro, interim president of the MTA Bus Company and senior vice president of the bus department for New York City Transit. “Through years of collaborative planning, design, listening to feedback, redesigning and rebooting after the COVID-19 hiatus, we are excited to provide the Bronx community with the best possible redesign that offers a more efficient bus service.