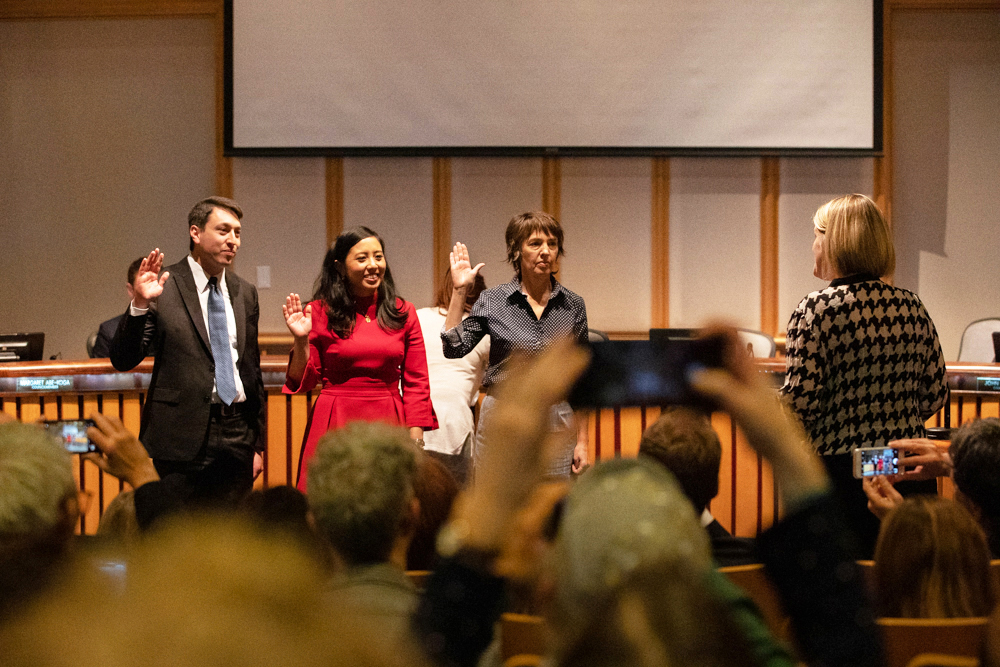 Thursday, Sept. 29 marked the first pre-election deadline for Mountain View City Council candidates — and anyone running in California local elections — to disclose how much money they’ve raised for their campaigns so far, who gave it to them and how they spend it. Incumbent Councilor Ellen Kamei currently leads the field of five candidates for total funds raised, followed closely by incumbent Mayor Lucas Ramirez.

Kamei said it has raised about $28,500 so far this calendar year, including $23,000 during the last filing period from July 1 to September 24. The majority of his contributions range from $100 to $500, although a handful of contributors have backed his campaign with $1,000. donations. These include, but are not limited to, Foothill-De Anza Community College District Administrator Gilbert Wong, Santa Clara Valley Water District Manager Gary Kremen, IBEW Education Fund ( International Brotherhood of Electrical Workers) 332, plumbers, steam fitters and refrigeration fitters. union and Mountain View Professional Firefighters Local 1965.

Kamei’s campaign spent about $4,000 during the last filing period, including campaign materials and candidate filing fees.

Coming close behind Kamei, Ramirez said he has raised $27,700 so far this year, including about $15,250 in the last filing period. He received donations of $1,000 from local unions, including the IBEW Education Fund and the PAC Fund from Local 393 Plumbers, Steam Fitters and Refrigeration Fitters.

Ramirez has outspent all of its opponents in this deposit period, having used approximately $14,750. The majority of his expenses went to campaign literature and mailings.

Outgoing Vice Mayor Alison Hicks raised just over $20,600, all of which was paid out in the last deposit period.

Like his fellow incumbents, most of his donations are between $100 and $500, with a handful of $1,000 donors including Santa Clara County Water Commissioner Kremen, IBEW 332 Education Fund , Mountain View Professional Firefighters Local 1965 and plumbers and steam and refrigeration fitters. Local Adjusters 393 PAC. Hicks spent about $6,700 during this filing period, mostly on brochure printing.

Li Zhang is the only non-holder to have filed campaign finance returns.

Campaign donations reported by Zhang so far total just over $7,750, with most ranging from $20 to $500. She received a $1,000 contribution from Mountain View Professional Firefighters Local 1965. Zhang spent nearly $4,000 in the last filing period, mostly on campaign materials.

All five candidates agreed to this year’s voluntary spending limit of $28,744 which is intended to limit the amount of money influencing the election. Those who do not accept the limit are subject to stricter campaign contribution restrictions. In past election years, all candidates have accepted the limit.