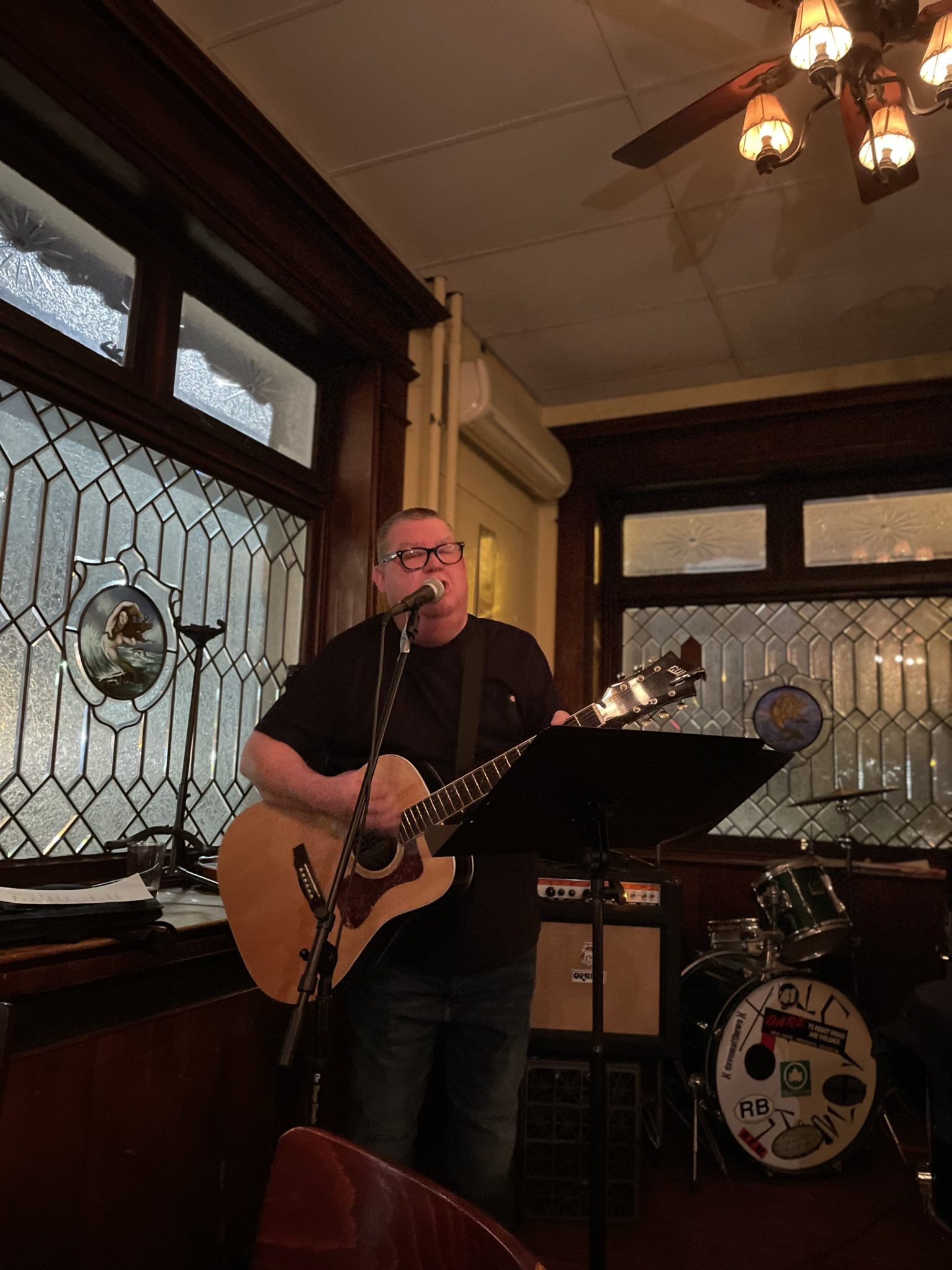 Moorestown Music Collective (MMC), a non-profit organization whose goal is to bring live musical performances to Main Street while promoting the township’s shopping districts, will hold its first fundraiser on October 1.

“We need funds to operate and to date the various members of the collective have largely contributed their own funds to keep this going,” said MMC member Mark Hines.

“…We might like to invest in some equipment later on, maybe a better sound system or something that maybe fills the room more.

The MMC came to fruition this summer after Hines discovered an article about a neighborhood near Akron, Ohio that was using a vacant building as a nonprofit concert hall to bring the city to life. After receiving feedback on social media, he contacted Mark Morgan, co-founder and artistic director of production at the Moorestown Theater Company, who offered the theater’s rehearsal studio as a venue for Music on Main. Since its inception, MMC has hosted four shows.

“…We also just felt it was very good to try to create this kind of lively atmosphere on Main Street,” Hines noted, “because we see the bands performing, we see a lot of people pass by, watch enter, see what happens before the show, (during) intermission and even after the show.

Punk rock troubadour Gerry McGoldrick – whose musical line-up includes Napalm Sunday, Emily Valentine and many more – will headline the MMC’s first fundraiser. He became involved in the event through Moorestown resident Michael Rafferty, a mutual friend between him and Hines.

“I can’t wait to tell stories behind what the songs are about,” McGoldrick said. “…My writing style is not to sit down and say, ‘I’m going to write about this.’ I just start playing something and then a melody comes along, and I record it and I end up realizing that “Oh, this song is about that” when I come back to write the lyrics.

McGoldrick is passionate about MMC.

“…I like places that have these little ones, like little town centers that have stores, restaurants, theaters and things like that,” he said. “When he (Hines) told me what the mission of the Moorestown Music Collective was, I totally agreed.”

The MMC will host Laura Cantrell on October 8 and April Mae and the June Bugs on October 29.

“…We look forward to scheduling shows in 2023,” Hines said. “I think so far it probably meets or exceeds our expectations for quality of shows and attendance. We’re just trying to build a base (for) people to know that we’re going to have a quality show at a good price, and very convenient as it’s right on Main Street.