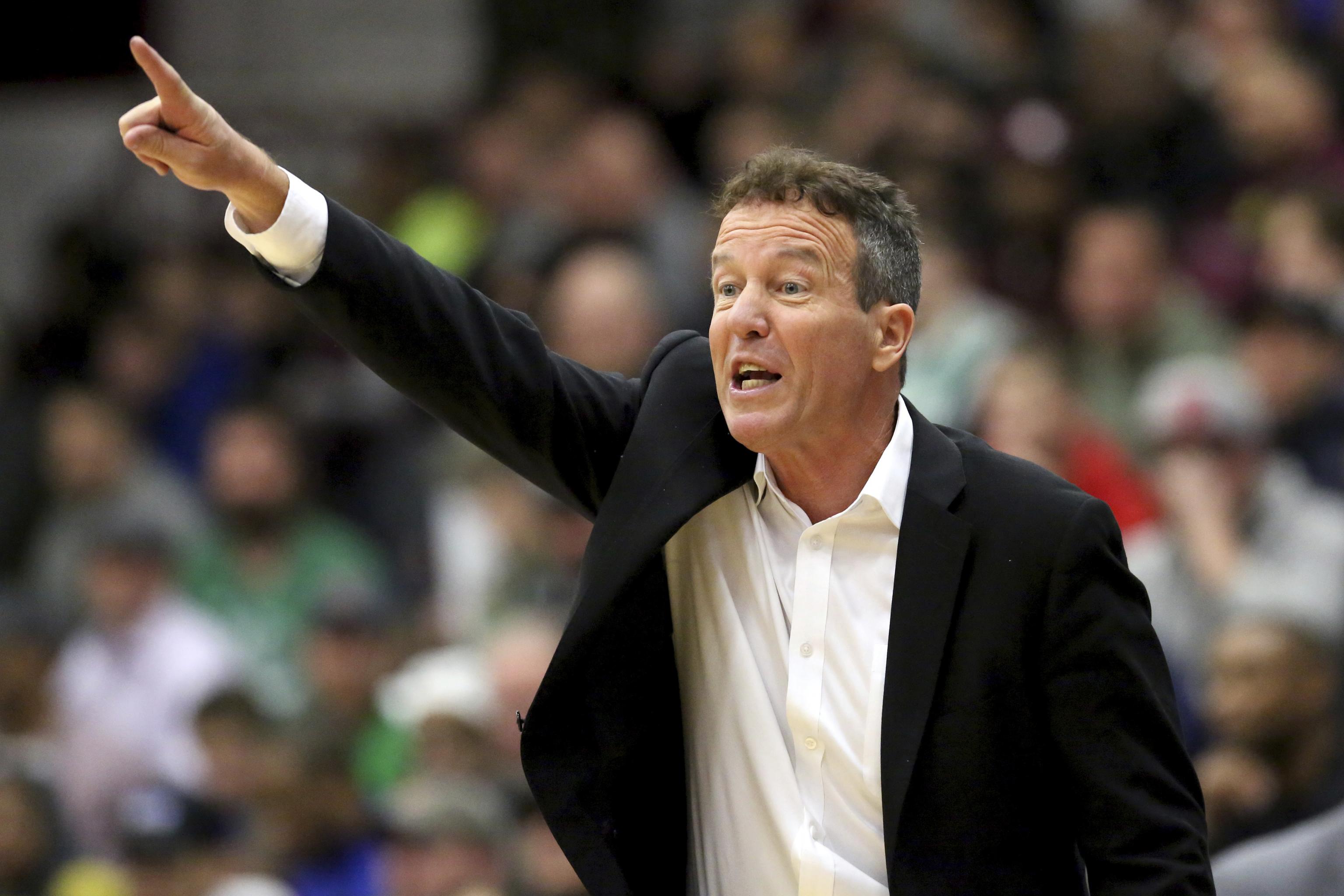 Highlighted by 2021 first draft pick Cade Cunningham (Detroit Pistons), Scottie Barnes (Toronto Raptors), Day’Ron Sharpe (Phoenix Suns before being traded to the Brooklyn Nets in the draft) and Moses Moody (Golden State Warriors), the team finished the regular season at 25–0. The Eagles were looking forward to the challenge of the national playoffs, but never had the chance to test themselves in this environment due to the COVID-19 pandemic.

Head coach Kevin Boyle doesn’t remember where he was when the GEICO National Championships were canceled, but he does know his team was the consensus champion at No. 1 in the polls.

“I don’t really think there was any unfinished business,” Boyle said, referring to his 2019-20 squad. “I think they’ve finished their business. They played the best schedule, they played all the best teams, they had no one left to play that they hadn’t played.

“We would have liked to play one more tournament. But, you know, we think we were definitely the better team.

Boyle, who was named MaxPreps Coach of the Decade in the 2010s, has coached future NBA talent virtually every year of his 30-plus-year career (11th season with Montverde). Current NBA stars other than Cunningham and Barnes have developed under him including Kyrie Irving, D’Angelo Russell, Ben Simmons, Joel Embiid – the list goes on.

The COVID-19 pandemic posed a new threat to the nation’s perennial top school, but the program repeated as national champions in 2021 when they finished 24-1.

The pandemic hasn’t hampered Boyle’s recruitment — if you wanted to call it that. Boyle and his staff in Montverde, Florida have built a reputation that recruits. Rather than pitching to the best athletes in the country, Boyle is often the recipient of talented fastballs.

“It’s really not how people think about attracting players. The vast majority of guys almost all contact us directly or through travel teams,” Boyle said.

“They look at some of our players’ past successes and the team’s past successes, and they say, ‘Well, Montverde has a really good record of developing players, they seem to have a really good culture. They play hard and almost all of their players excel in college, internationally and in the NBA right away. ‘”

Boyle had never seen Sharpe, Cunningham or Moody perform before they arrived on campus. For Barnes — who has been a starter in the NBA since joining the Toronto Raptors — the recruiting process was a phone call that lasted less than two minutes.

“It’s as simple as that,” Boyle said.

A year later Barnes was playing at Florida State and a year later Boyle was at the Barclays Center to watch him get drafted No. 4 overall.

“Coach Boyle, he talks a lot about the NBA and he doesn’t sugar coat anything and he doesn’t tell us how good we are, he always keeps it real with us,” Cunningham told Danny Priest about basketball time in 2020. “He constantly reminds us big players in high school that we don’t know where they are right now. Just having that in my ear all the time, I think, helped me a lot and made me want to work harder.

As of December 27, 2021, Montverde is ranked No. 2 on ESPN’s Top 25. With a roster that includes commitments to blue blood programs like Duke, Kentucky and Indiana, as well as other top schools in USC and Florida, the Eagles could be set up for a hat-trick as champions. nationals.

But Boyle knows that as long as his dynasty lasted, it could fall at any moment.

“We were lucky enough to have won six of the last nine national championships and we had team of the decade, player of the decade and they named me coach of the decade. We’ve achieved a lot, but for us it’s like no one cares. It’s now a new decade. Can we win the next decade now? Well, we have to win the next game. I think if we don’t win not this year, we have a lot of new players to follow, we might not win next year, it might take a long time to win,” Boyle said.

“I don’t want to stop because when it stops, there’s no guarantee. So you want to stay sharp, you don’t want to give up the advantage, and you want to train the next day. And if you start looking too far ahead or counting your success stories or clippings, you’ll quickly find yourself at the end. And you should be at the end if you take the time to think about these things.

While his tenure has resulted in a list of accolades and accomplishments too long to list, Boyle has his sights set on the immediate future, without a rear view mirror.

“I just love coaching basketball and everyone loves the recognition – that’s good, but I don’t really think about it. It’s better for resumes and camp brochures or stuff like that,” Boyle said. “My mindset is that I have to constantly prove myself, as a coach and as a program. There’s someone new in the neighborhood trying to say, ‘Oh, Montverde is no good, we’re going to take your place.’ It’s always someone new trying to challenge us.