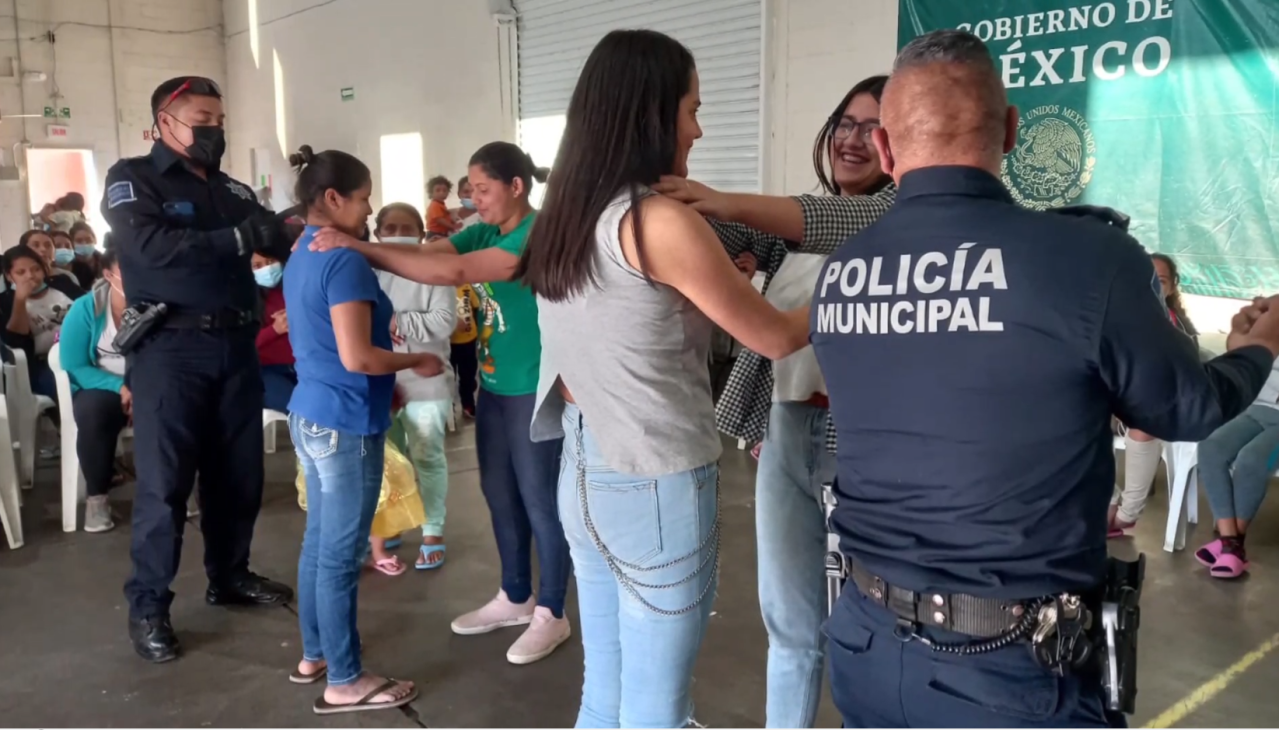 The training conducted this week by uniformed officers at the Leona Vicario shelter mainly included movements to detach from an attacker and run. Officers also handed out common sense safety pamphlets and spoke to women and girls staying at the shelter.

“It’s not that we’re afraid they’ll be victimized,” Juarez Police Chief Cesar Omar Munoz told Border Report. “It’s part of our efforts to get closer to them, so they feel part of the community.”

Yet migrant advocates on both sides of the border say migrants — including women and children — are vulnerable and often targeted by criminals on the streets of border towns like Juarez and Tijuana.

At a meeting of the House Homeland Security Subcommittee this week, migrant rights advocates in the United States said thousands of people deported under the Title 42 public health order, which will soon be terminated, have been victims of robbery, kidnapping, rape and sometimes murder in Mexico.

Visit BorderReport.com for the latest exclusive stories and breaking news on issues along the U.S.-Mexico border

The Leona Vicario shelter in Juarez is inside an old factory on closed land with soldiers patrolling the entrance.

“(They) received training in techniques to fend off an attack, including with a knife, attempts by people to hold them down or try to make them submit,” Gonzalez says El Diario.