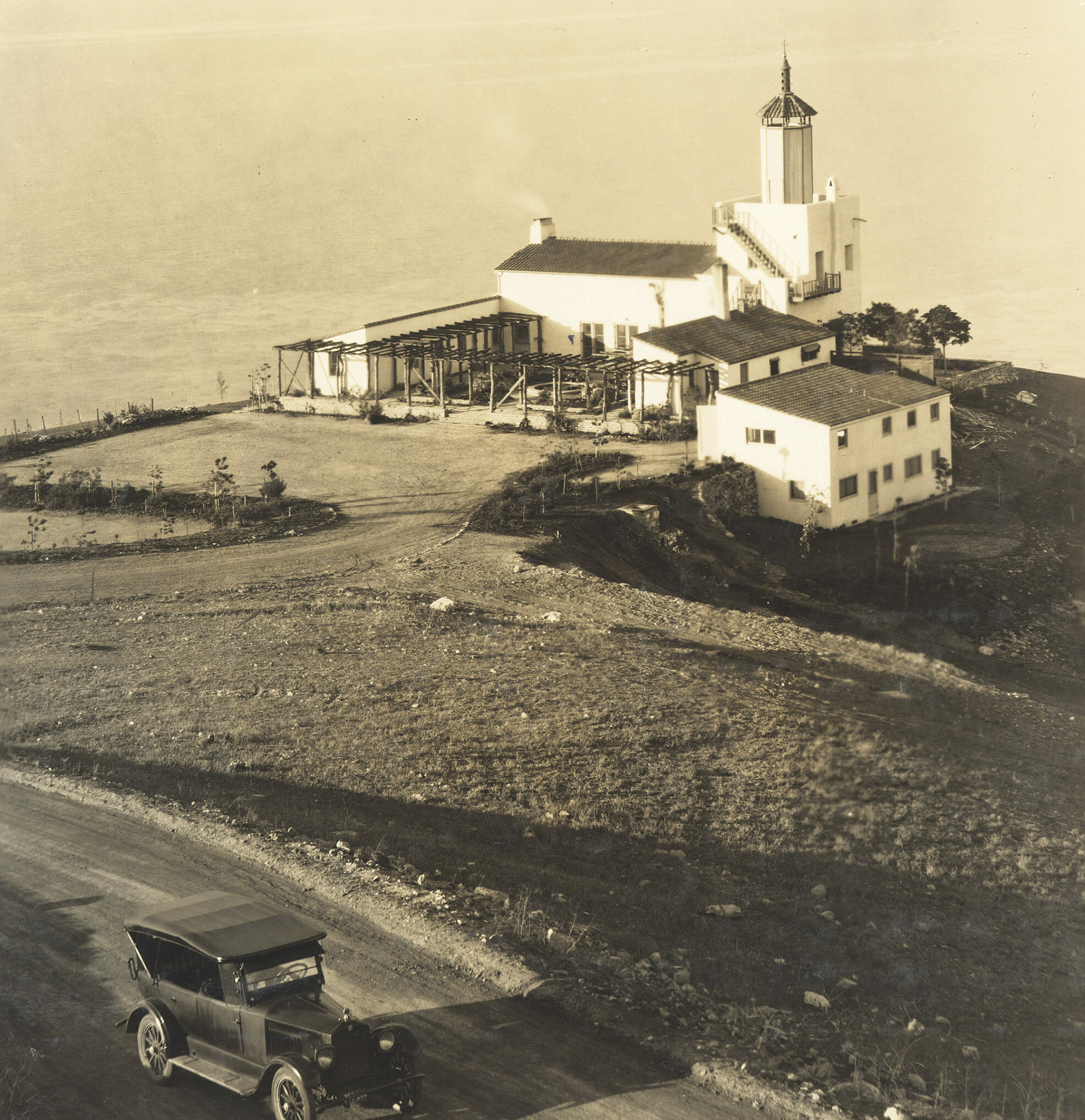 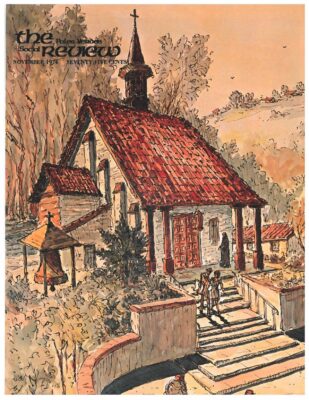 St. Francis Episcopal Church, as depicted on the cover of the social journal Palos Verdes, November 1974.

This is how Charles Muncaster, an architect himself, describes his grandfather Walter Swindell Davis, the brilliant but ironically lesser-known of the peninsula’s famous architects of the mid-20th century, which included Kirtland Cutter, Myron Hunt and Lloyd. Wright.

La Venta Inn was originally called Clubhouse 764 after its address at 764 Via Del Monte. It was later renamed La Venta Inn (The Sale Inn) in 1924.

The Palos Verdes project was the “logical center of culture and refinement”, according to the first brochures.

Davis was educated at the Beaux-Arts school of architecture and became a leader of the Mediterranean revival movement.

Muncaster grew up next to his grandfather, in a Davis-designed mixed-use apartment and office building in Malaga Cove at 435 Via Corta.

“We moved to grandfather’s Via Corta building in 1952, when I was three years old. We met every two to three weeks. My grandfather had a dry personality, all to himself,” Muncaster recalls.

Davis’ designs at Malaga Cove included Moore’s Market in 1954 and the General Store in 1961.

“He was involved from design to construction,” Muncaster said. “He put up a giant beam in the vaulted ceiling of the general store. Then he determined that the beam should be rotated 180 degrees. He took it off and put it back on properly.

Davis was born in Baltimore, Maryland, in 1887, into a family of architects. He attended Baltimore City College for a year and then the Maryland Institute of Design, Engineering and Mathematics. He received his architecture degree from the Massachusetts Institute of Technology in 1910 and a master’s degree in architecture from MIT the following year.

A scholarship allowed him to undertake what turned out to be an influential tour of medieval European architecture. He went there by cattle boat. “If you’ve worked your way in, you have a free return,” Muncaster said.

In 1920, he and his brother Francis Pierpont Davis entered a competition to replace St. John’s Cathedral, a Gothic Revival structure in Figueroa and West Adams in Los Angeles, built in 1890. The brothers looked north from Italy for inspiration, especially the 11th century. Basilica of San Pietro in Tuscania. They won the competition, which attracted entries from the nation’s top architects, and won them the American Institute of Architecture (AIA) award. 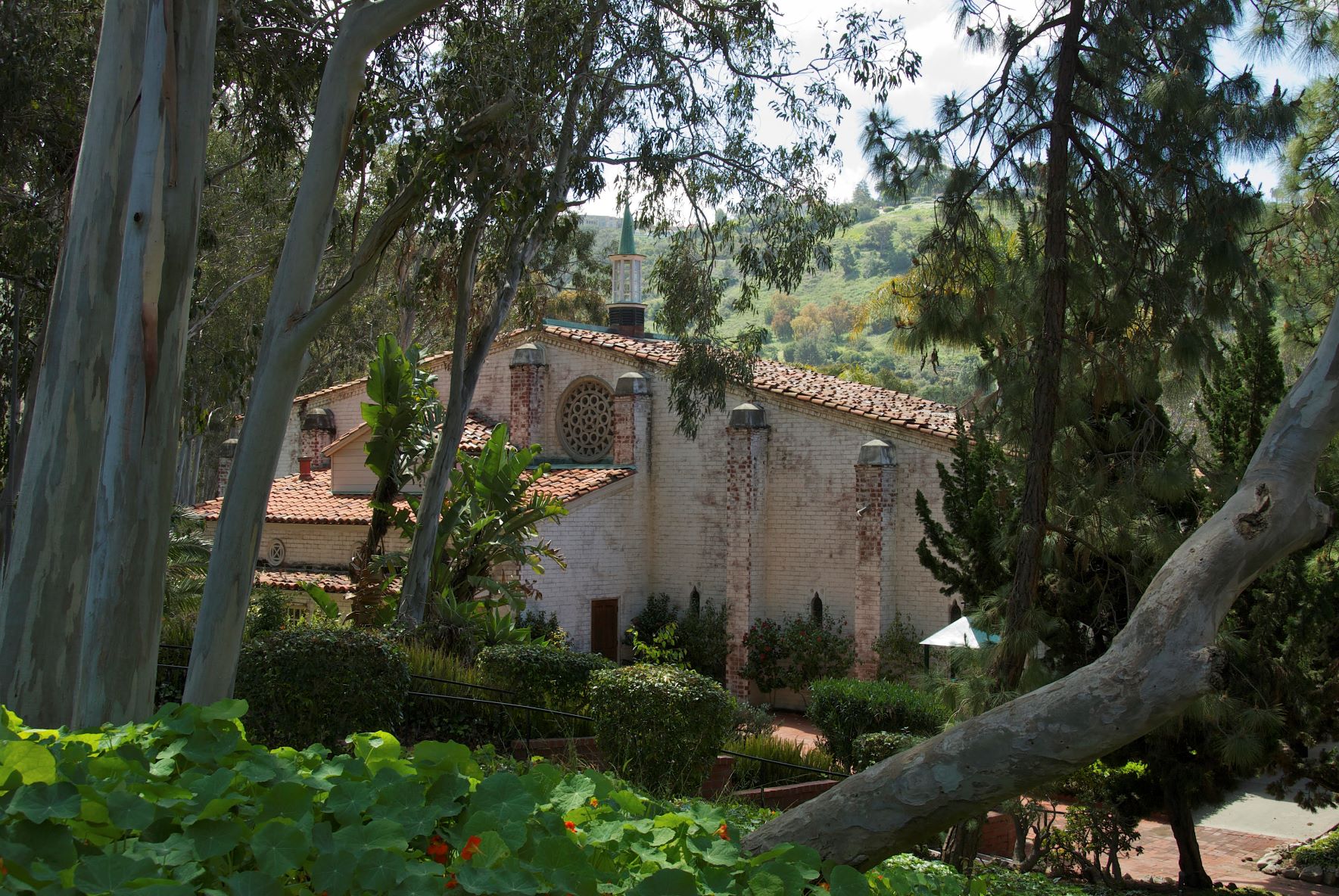 St. Francis Episcopal Church was completed in 1951 and experienced rapid expansion from its beginnings as a missionary church until its admission into union with the diocesan convention as a parish, setting a rare precedent in a new congregation achieving parish status in just one year. its organization. Photo by David Gerhardt

The cornerstone of the original church has been incorporated into the new as a symbol of continuity. The New Cathedral is considered one of the finest examples of Romanesque Revival architecture in the country and spurred the expansion of the Los Angeles Episcopal Church in the early 20th century.

Its most notable architectural features include the bas-relief carvings, a rose window, the monumental pediment above the entrance and, inside, gilded mosaics, an Italian marble altar and a wooden beam ceiling painted.

Proof of the extent of his talents, in 1940 Davis worked with Lloyd Wright on the design of Ramona Gardens and Aliso Village, the first low-cost housing estates in Los Angeles.

Muncaster described his grandfather’s designs as often going against the grain, with unpredictable and asymmetrical elements. He said he could always tell if his grandfather or his great-uncle Francis Pierpont had the most influence on a design.

“The box would be broken in certain ways to accommodate the topography,” he said of his grandfather’s designs. FEATHER

by Stefanos Polyzoides and Roger Sherwood

“There are several types of houses. But none attracts Californians more than the patio. Indeed, all over the world, in countries renowned for the healthiness of their climate, the profusion of their foliage and their flowers, the brilliance of their sunshine and the blue of their sky, the plan of a house with its living rooms and bedrooms grouped around a central court is the most in favor. The preference for this arrangement is not a whim of the moment; rather, it is the result of centuries of experience in home planning. Spain, Italy and Greece, also renowned for their civilizations and their architectural development, have all favored the plan of the patio.