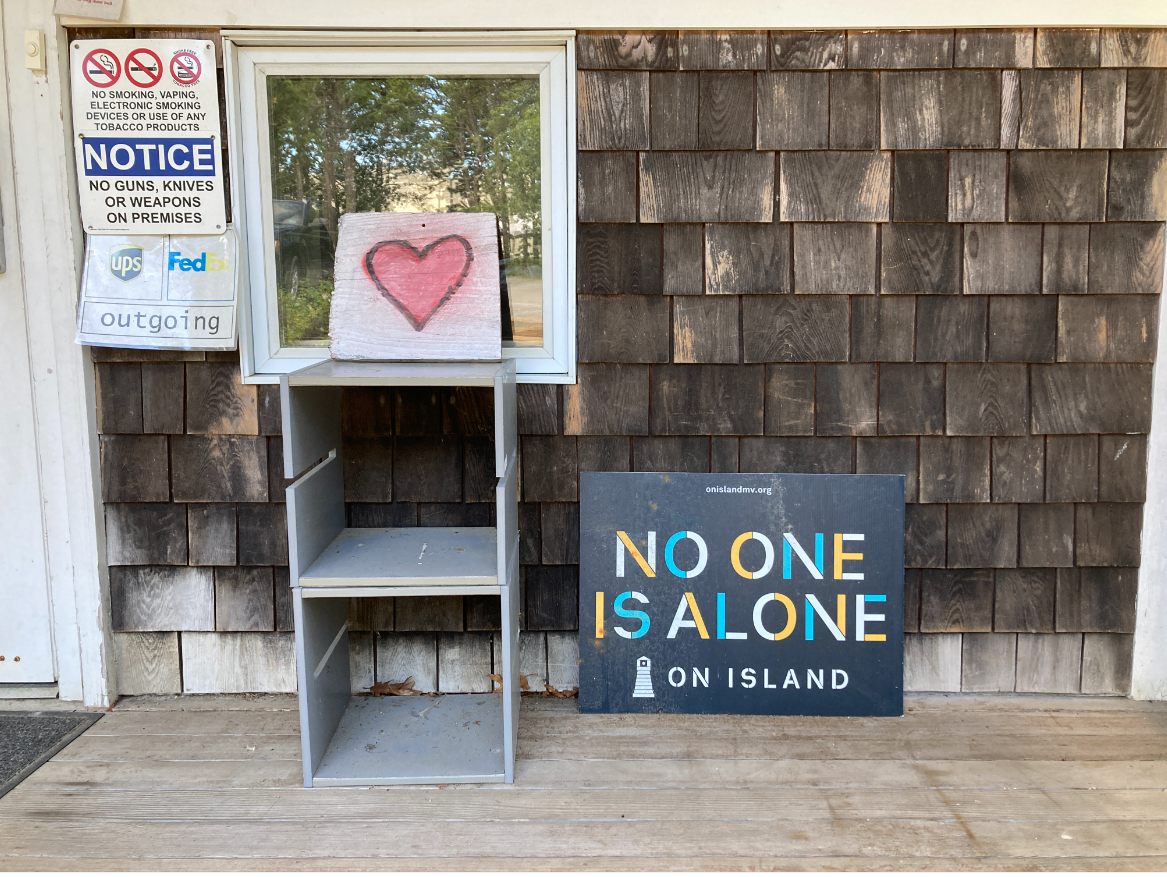 MARTHA’S VINEYARD, Mass.-While some locals have argued that the illegal aliens who have arrived on this wealthy island should go elsewhere since there will be no work for them with the summer rush, the local newspaper has listed 50 help ads in a recent issue, and the local supermarket chain is known to need help throughout the year.

The local YMCA has also listed several job vacancies, including housekeepers, rink attendants and a front desk administrator. The spacious Y, near where the immigrants spent the night at St. Andrew’s Episcopal Church, shares a compound with The Martha’s Vineyard Community Services (MVCS), which also posted an announcement seeking help in the newspaper, including a job as a preferably bilingual administrative assistant.

The MVCS did not respond to phone calls from The Epoch Times. The island’s outreach center and homeless shelter told the media they had no room for them.

On a Saturday afternoon, the large MVCS complex had several doors to its buildings wide open, but no staff could be found. One of the open buildings consisted of two stories with several empty rooms, including rooms with full kitchens and couches.

A group of friends enjoying an al fresco lunch at the Martha’s Vineyard airport told The Epoch Times that while the plume of summer jobs is over, there are still plenty of job opportunities out there. the island.

The women, year-round residents who grew up on the island, pointed to Stop & Shop, a chain of grocery stores with three locations on the island. According to the women, the stores are still looking for help and have dormitories for workers, which they say are “now empty” with most of the summer help.

“Martha’s Vineyard is the story of two towns,” said one of the women, who spoke on condition of anonymity.

But Charles Rus, music director of St. Andrew’s, an Episcopal church in Edgartown where the migrants were housed, told The Epoch Times there were no jobs for them on the island.

“There is room, but there is no work,” Rus told The Epoch Times. He had offered to house some of the immigrants in his two-bedroom apartment, “if they had come four months earlier, each of them would have had jobs for $20 an hour.”

Responding to criticism that immigrants were forced off the island, Rus said Venezuelans had to leave the island for “practical reasons”, including the need to attend scheduled hearings.

According to a Sept. 16 article in the Vineyard Gazette, the Island Counseling Center provided each of the 50 immigrants with individual legal advice from an immigration attorney.

The seemingly plentiful jobs on Martha’s Vineyard aren’t the only point at odds with the narrative told by some locals and picked up by established media.

“I don’t think Baker woke up in the morning, said, hey, I think I’m going to get these 50 immigrants out of the hands of Martha’s Vineyard,” said Richard Rooney, who lives and owns a real estate agency on the island. . The Epoch Times.

Less than 24 hours after arriving at Martha’s Vineyard, a self-proclaimed sanctuary community for illegal immigrants, Baker, a Republican, approved the transfer of the mostly Venezuelan migrants off the island to a military base in Bourne, located minutes from the ferry terminal at Martha’s Vineyard. The group receives shelter, food, clothing and other supplies in Bourne. Baker hired 125 members of the Massachusetts National Guard as part of the transfer.

Rooney, a Republican who has been active in Martha’s Vineyard local government for about 30 years, also joined others who pointed to Martha’s Vineyard airport notification requirements for non-scheduled flights.

Democrats attacked DeSantis, a Republican, for sending the immigrants to Martha’s Vineyard in what they called an ambush.

The island’s airport flight notification requirements state that 24-hour notification prior to take-off is required for any aircraft carrying more than nine passengers and suggests that a passenger list must also be provided to the advance. Fox News video footage shows immigrants disembarking from the plane shortly after arriving at Martha’s Vineyard.

Rooney wonders why anyone was at the airport filming the landing, especially if a plane was dispatched “secretly”.

The airport received $1.2 million in COVID relief in 2020. In 2019, Dukes County, Martha’s Vineyard County government gave it $1.2 million for “upgrades”.

Airport General Jeffrey Freeman could not be reached for comment.

To Democrats’ accusation that DeSantis used immigrants as political pawns, Rooney told The Epoch Times that he views “DeSantis’ decision to fly immigrants to the island as no different. from Biden’s who smuggles millions of illegal immigrants across the country through the dark of night on buses and planes.

“At least DeSantis did it in broad daylight,” Rooney said.

Speculation about who contacted Baker, a Republican, from this Democratic-dominated island is widespread.

Among the names residents rejected were Joseph Solmonese, a well-known political strategist who was the CEO of the 2020 Democratic National Committee, a former transitional chairman for Planned Parenthood and a former chairman of the Human Rights Campaign, the largest country’s LGBT advocacy organization.

Solmonese lives year-round on the island in the particularly wealthy town of Chilmark. He could not be reached for comment. No evidence has surfaced that Solmonese had anything to do with the contact with Baker.

Former US President Barack Obama, who owns a 6,982-square-foot mansion and 29-acre farm on the island, has also been regularly raised as a possibility.

Within 12 hours of the immigrants arriving on the island, social media posts on Facebook and Twitter were riddled with criticism targeting wealthy Democrats for not offering their summer rentals empty.

Rus, the music director of St. Andrew’s, told The Epoch Times that there were locals derisively calling to “put them in Obama’s house.”

“But they were in the minority,” he said.

Alice Giordano is a former news correspondent for the Boston Globe, the Associated Press and the New England bureau of the New York Times.