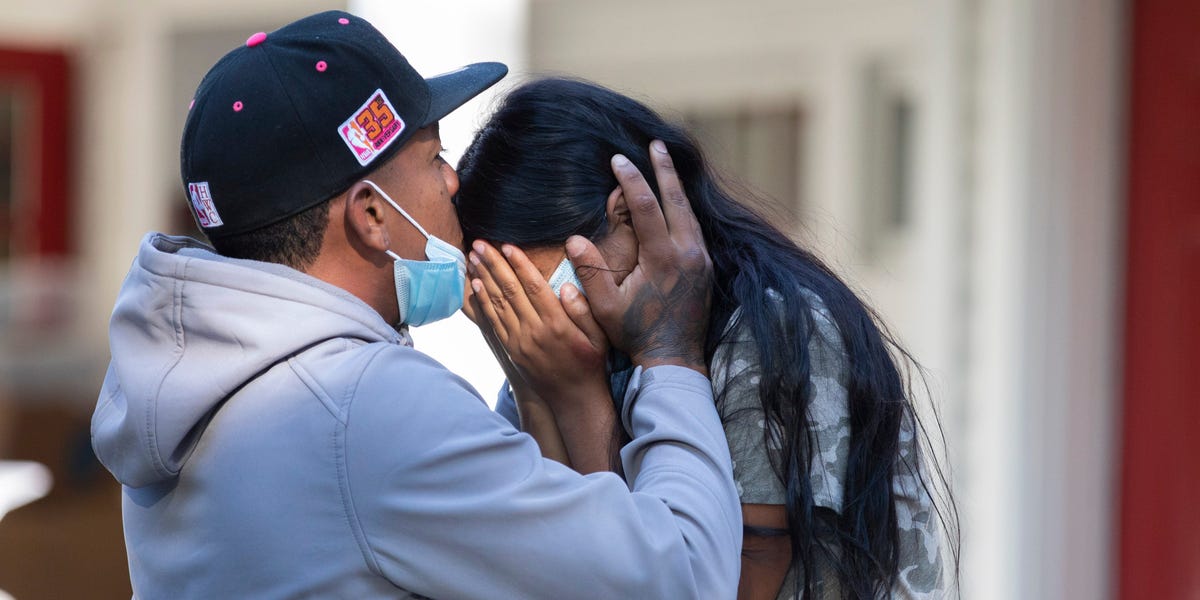 Migrants who were airlifted to Martha’s Vineyard as part of an anti-liberal political stunt by Florida Governor Ron DeSantis were handed pamphlets falsely promising cash aid, employment services, and more, according to their attorneys.

The Boston-based civil rights attorneys, who represent about 30 of the immigrants airlifted to Martha’s Vineyard, shared links to brochure photos by Twitter. The group says the migrants received the pamphlet “at some point during their deportation and resettlement from Texas and Florida.”

The reference to relocating to Florida is unclear as DeSantis’ office previously confirmed that the planes were chartered to transport the 50 migrants from Texas, not Florida. Civil rights attorneys and DeSantis’ office did not immediately respond to a request for comment.

NPR previously reported that a woman Migrants identified as “Perla” promised them work permits in Boston, but links to the brochure photos were posted on Twitter on Monday and were reported by Popular Information.

Immigration attorney Matt Cameron told the publication that the pamphlet benefits are resettlement benefits for refugees referred by the United Nations High Commissioner for Refugees and allowed to live in the United States, but they are not available in Massachusetts for migrants still seeking asylum.

The brochure “Massachusetts Refugee Benefits” describes the benefits, including “up to 8 months of cash assistance”, “placement, retention and upgrading services”, “housing assistance”, food, clothes and more.

Civil rights attorneys also released their demands for a federal and Massachusetts criminal investigation into DeSantis’ decision to transport the migrants, who were transferred to Cape Cod for “shelter and humanitarian support,” according to the governor’s office.

“Our customers were tricked into boarding planes and crossing state lines under false pretences,” they alleged in the two letters. “Individuals, working in concert with the Governor of Florida, have made numerous false promises to our clients, including job opportunities, schooling for their children, and immigration assistance, in order to entice them to travel.”

In the air, they write, their customers learned that they were going to Martha’s Vineyard rather than Boston and those who had “encouraged” them to travel under “these false pretenses disappeared, leaving our customers to learn that the offers of assistance had all been a ruse to exploit them for political ends”.

Lawyers say many of their clients were put up in hotels, paid for by those making false claims, until there were enough people to fill the planes. They have documentary evidence, including photos, which should allow law enforcement to locate the alleged perpetrators as well as documents for their clients to sign, they wrote.

“This type of conspiracy to deprive our clients of their liberty and civil rights and to interfere with federal immigration proceedings must be fully investigated for violation of criminal laws,” they wrote.

DeSantis said the migrants were transported voluntarily and knew where they were going because they signed a waiver and received a map of Martha’s Vineyard, according to CNN.