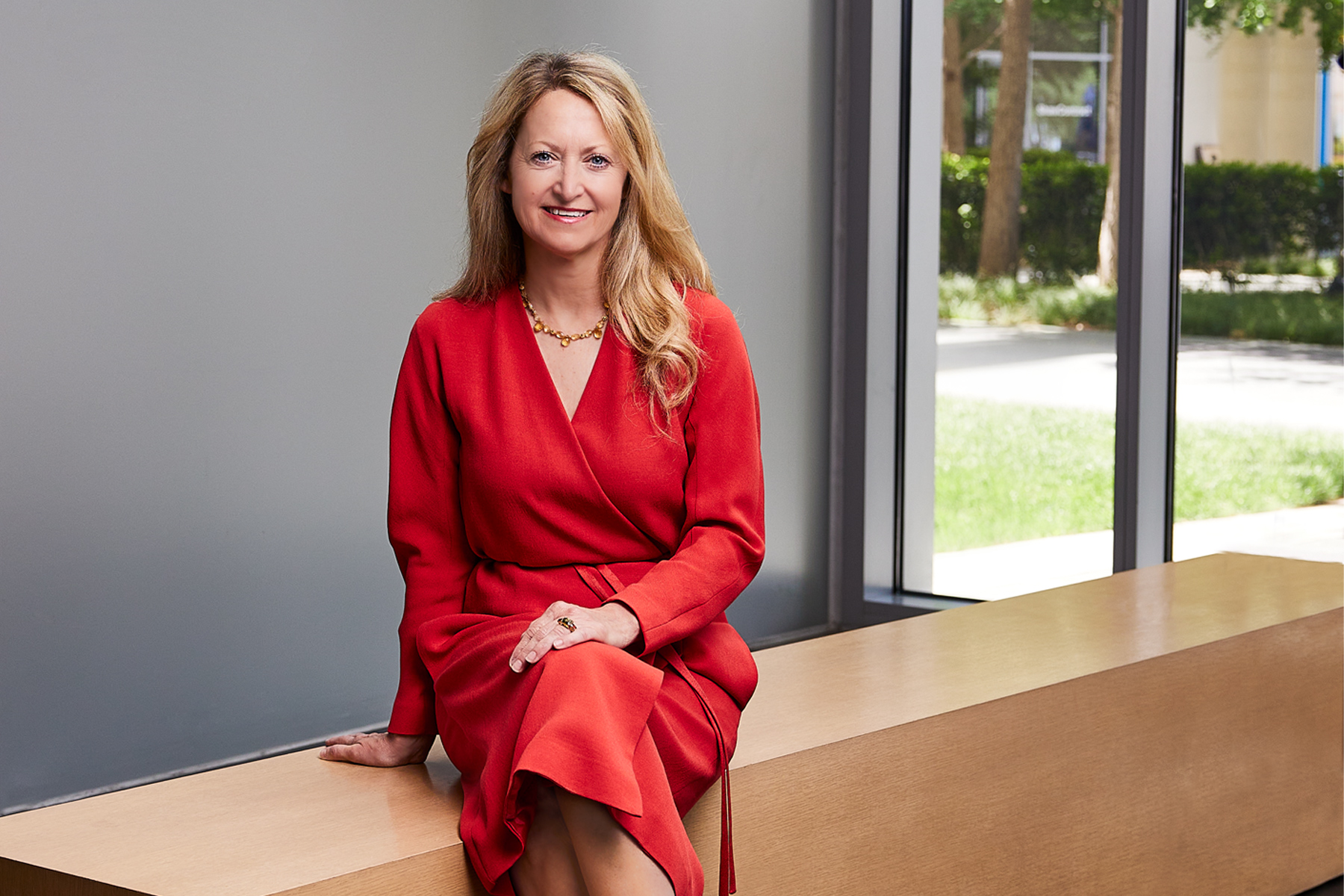 While her two sisters played with their dolls, a young Lynn McBee spent her time collecting bugs, conducting experiments with her chemistry kit and building ramps for her Derry Daring Trick Cycle. (The action figure toy was marketed as the girl’s version of a set featuring motorcycle stunt king Evel Knievel.)

McBee’s father, a Korean War veteran who used the GI Bill to earn a master’s degree in math, was strongly supportive of his interests. Her mother, an SMU graduate who had been a teacher for about 10 years, was confused. “She saw how much I loved being outdoors and how excited I was about science,” McBee said. “I was lucky to have my parents in my camp saying to me, ‘You can do whatever you want.’ And so, I did.

She earned a degree in biochemistry at the University of Texas at Austin, when only 25% of students in the school’s College of Natural Sciences were women. She then took a job at New England Bio Labs in Boston, as a research scientist. McBee transferred to Dallas and, after three decades with the company, moved into an advisory role to head up the Young Women’s Preparatory Network.

The organization supports 10 STEM-focused public girls’ schools in Texas. “I’m passionate about helping girls have the opportunity to get an education, especially in science, because that’s where the jobs of tomorrow are,” she says. “I also think women make the best engineers and scientists because we multitask, we’re creative in our thinking, and we’re naturally more analytical because we always have to do a million things and solve problems.”

It’s not just about hooking someone up on a job; it’s about developing a career path that will change not only their lives, but the generations that follow.

In late 2018, McBee joined a crowded field of Dallas mayoral candidates. She finished third, losing to current Mayor Eric Johnson, whom she has known from his days in the Leadership Dallas promotion in 2006. Last January, McBee accepted an invitation from her former rival to become development czar of the city’s workforce.

Programs like Dallas Promise and other initiatives by DISD and Dallas College have made inroads with middle and high school students, McBee says; The workforce initiative targets an older population (25-65) that needs to be qualified, requalified or upskilled.

“Quite frankly, the only way we can grow as a city is to grow our workforce,” she says. “It’s not just about hooking someone up on a job; it’s about developing a career path that will change not only their lives, but the generations that follow.

It’s a bold goal that will require finding a way to help people, many of whom struggle with generations of poverty, overcome significant obstacles, including transportation and childcare issues. As she does with everything, McBee approaches the problem with a scientific mindset. “Scientists think in terms of systems and processes,” she says. “It makes you very efficient and allows you to make decisions faster.”

In June, McBee and Mayor Johnson announced a comprehensive job training plan called Workforce Dallas. Other strategies include working with faith-based organizations and nonprofits to raise awareness among the public and the business community to provide support, jobs, and career paths. This could mean, for example, helping an airline mechanic get the education and training needed to become a pilot.

“Immediately after the mayor’s announcement, businesses started reaching out and offering support,” McBee said. “The parts are there; it’s just about connecting everyone and helping them align with what we’ll call success.

Bridging the gap between jobs and skills

Along with McBee’s appointment as Workforce Development Czar, the citywide initiative to improve Dallas’ skills is focusing on these three priorities, outlined in a report by the group. Cicero, commissioned by Mayor Johnson.

Stay up to date with DFW’s rapidly changing business community with weekly features, interviews and news.

Christine is the editor-in-chief of CEO magazine and its online platforms. She is a nationally award-winning business journalist who has…