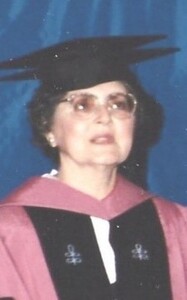 Beverly – Lillian Anna (Kasparian) Derderian, 98, of Beverly Farms, died Saturday, February 26, 2022 at her home. She was the wife of the late Setrak K. Derderian with whom she shared 48 years of marriage. Born April 22, 1923, in Boston to Flora and Fred Kasparian, who had fled the Armenian Genocide, Lillian grew from a little girl living in a three-story apartment on Talbot Avenue in Dorchester to becoming a champion of women’s education in the world. one of the best community colleges in the Commonwealth. Along the way, and to the end, she always lived her life on her own terms.

An outstanding student, she was admitted to Boston’s elite Latin School for Girls where she scored a perfect 1600 on her SAT and earned a place at Radcliffe College. She completed college in three years and graduated in 1943. Then it was to Boston University for a master’s degree in education (1944) and then a second master’s degree in public health from MIT (1948). At 27, while working on her doctorate at Harvard, she was appointed acting chief of health information at the Massachusetts Department of Public Health, where she produced education pamphlets and brochures. to health. She received her Ed.D. in 1952.

She took a few years to raise a family, but always cared for the community. She was president of the Farms School PTA, was active in the Beverly Farms Girl Scouts, served as president of the Beverly College Club, was a guest lecturer at Endicott and Gordon Colleges, taught Sunday School, and volunteered at long standing in St. John’s. Episcopal Church.

In 1966, she met a man named Dr. Harold Shively at a dinner party. He was impressed with her credentials and asked her to join him as director of counseling at a new school he was president of: North Shore Community College. She replied that she knew nothing about counseling and he told her that he had complete faith that she could do the job. Thus, a new career began for Lillian in the early days of the NSCC located in the old Beverly High School building in Ellis Square. She was promoted to Associate Dean and then in 1978 to Dean of Students, a position she held for the last 17 of her 29 years at the college.

Every time she was in the hospital, she would ask the nurses where they went to school, and if they answered NSCC, she was personally proud to know that she had helped give them the opportunity to pursue a career. of nurse. It was one of his greatest joys.

She truly believed in the power of education for women. With this in mind, she established the Dean Lillian A. Derderian Scholarship at NSCC in 1987 and it has become one of the school’s largest and most prestigious scholarships. Awarded annually to seven deserving women, it changes the lives of its recipients.

For her outstanding service to the community, the Beverly Rotary Club named her a Paul Harris Fellow in 1995. She was the first woman in Beverly to receive the award, usually given only to male members of the club.

She was never short of things to do in her free time. Until the very end of her life, she was a crossword fanatic, an avid reader, and a huge fan of the Patriots, the PGA Golf Tour, and WGBH’s “Escape to the Chateau.”

In lieu of flowers, donations in her memory may be made to the North Shore Community College Foundation, Inc. for the Dean Lillian A. Derderian Scholarship, a permanently restricted fund. The mailing address is 1 Ferncroft Road, PO Box 3340, Danvers, MA 01923 or use the following link to give online: https://www.northshore.edu/giving/give-year-round.html#featured-scholarships .

The services will be private. Arrangements from Campbell’s Funeral Home, 525 Cabot Street, Beverly. Information, directions and condolences at www.campbellfuneral.com.