Let’s build flood protection before the next flood 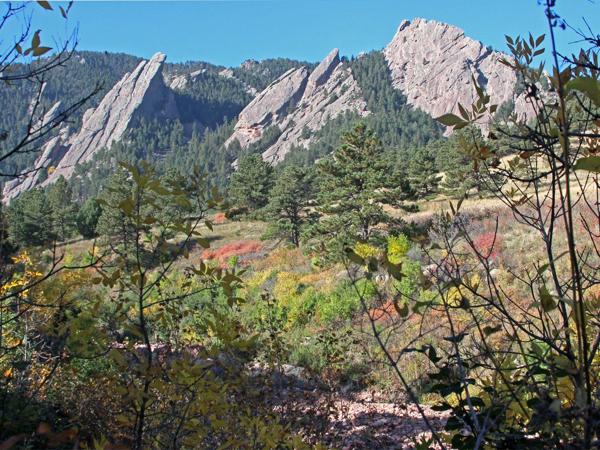 I am part of a group of citizens assisting City of Boulder staff on the Master Plan for Stormwater and Flood Protection Works for Boulder Waterways, other than South Boulder Creek.

Just last week, we had some interesting discussions about whether we should focus more on how to prioritize the many projects that would cost hundreds of millions of dollars in total, or focus more on the increased short-term funding for these projects to reduce the need to prioritize by doing more projects simultaneously rather than sequentially.

To give some scale, current funding is about $7 million per year. City staff predict that it may take more than 50 years to complete, and that increasing funding to $11 million per year would allow completion in about 30 to 35 years. The total cost is estimated at around 350 million dollars for around 30 projects.

Flood insurance paid about 14% of estimated damages and about 28% of actual claims. Sewer backups and groundwater seepage caused extensive basement damage not covered by flood insurance, and localized street flooding outside the “100-year” floodplain meant that many affected homeowners did not have flood insurance. Unaccounted damage included the cost of being moved from people’s homes and loss of market value.

What drives me to act as quickly as possible is simple logic: the sooner the flood work is done, the less likely it is that a flood will occur before these improvements are made. If this is not done, flood damage and potentially more expensive upgrades could almost double the total cost.

For me, this shifts the debate towards getting the job done as quickly as possible. In addition, flood insurance is likely to become increasingly expensive and less available as climate change dramatically increases both the magnitude and frequency of floods, affecting both FEMA and private insurers.

Trying to prioritize projects is difficult. Sounds easy – just do standard cost/benefit analyses. But often locations and values ​​are difficult to compare. For some example locations, where I live, we have King Gulch on one side, which is relatively easy to protect against flooding because it’s small, and the existing canals handle a lot of the problem, although it has still flooded many houses as some stretches don’t. have adequate channels or pipes.

On the other side is Bluebell Creek, which is very difficult to manage, as it mostly flows in small channels through people’s yards. Other areas have much more complex design issues.

And then there are the essential facilities, historic sites, cultural resources and environmental issues to consider and protect. Simply pasting numbers on each of them can make valuation calculations easier, but it avoids dealing with the immeasurable nature of the underlying values.

Accelerating the process of building infrastructure does not necessarily require large increases in utility rates. The same work is done; it’s just a matter of speed. As a “corporate fund”, the utility can borrow relatively cheaply and interest rates are still quite low.

Additional staff for such a 10-20 year project could be experienced engineers looking for an interesting project to fill the time before or during retirement.

The basic sequence of projects could be:

Flow control: arranging the projects, ensuring that they both provide adequate and cost-effective protection (not like the University of Colorado Boulder South Campus, which is neither), while respecting other relevant values.

At the end of the line : I don’t think anyone wants to face another flood the size of 2013, which could happen any year, and have to say, “We could have prevented the damage to your residence or your business on the drainage X , but we didn’t because we didn’t want to raise fees or borrow money. But now we need to repair the damage and make flood improvements, which can be more expensive and more significant. »

So, all things being equal, faster is better.

Steve Pomerance is a former member of the Boulder City Council. [email protected]