Learn more about letterpress printing, from its beginnings to today 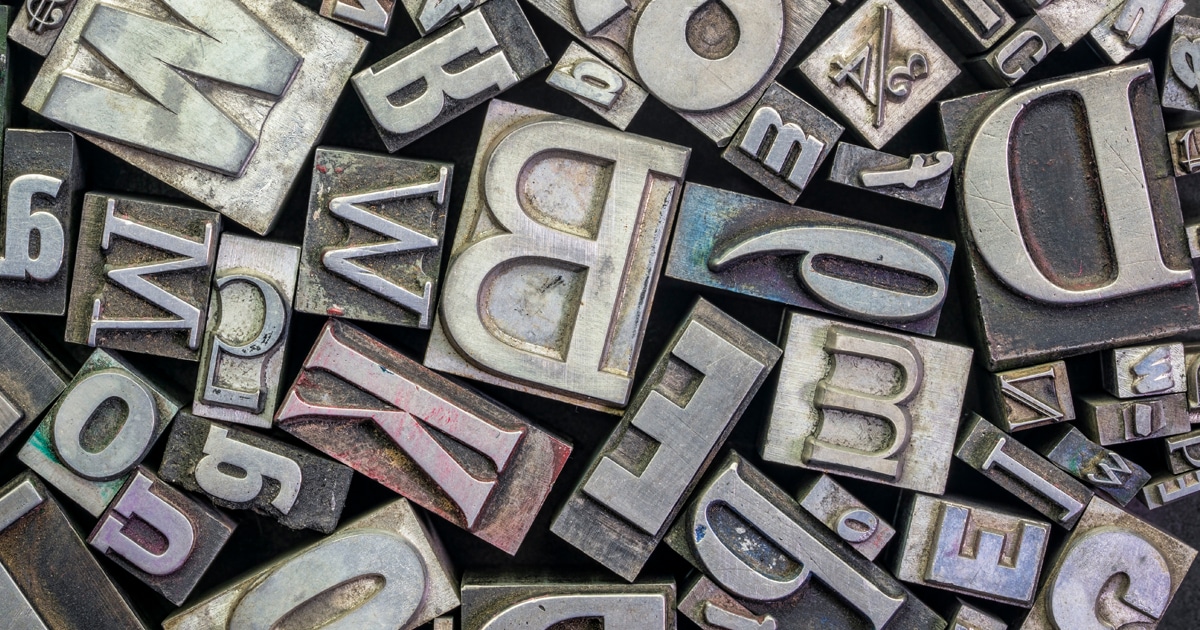 Printmaking helped change the world. The ability to reproduce text and images allowed information and ideas to spread quickly and easily through society, making knowledge not just a marker of the wealthy or the well-connected.

It is the invention of printing press, refined in the 15th century, which facilitated this phenomenon. But what technique was used to put ink on paper? Letterpress printing was the means by which letterforms were transferred to paper, and the approach remains relevant today, even in the age of digital printing.

What is letterpress printing?

The name typography gives us an idea of ​​how it works. It’s a type of embossed print which makes copies by printing an inked and embossed surface on paper.

the movable type— which can be wood or metal — is often dialed in by hand and locks into the “bed” of the press. The ink is then applied; and after that, the paper is wound on the high pressure moving type. The result is a print that leaves a heavy impression on the paper. You can feel it when you run your hand over it. 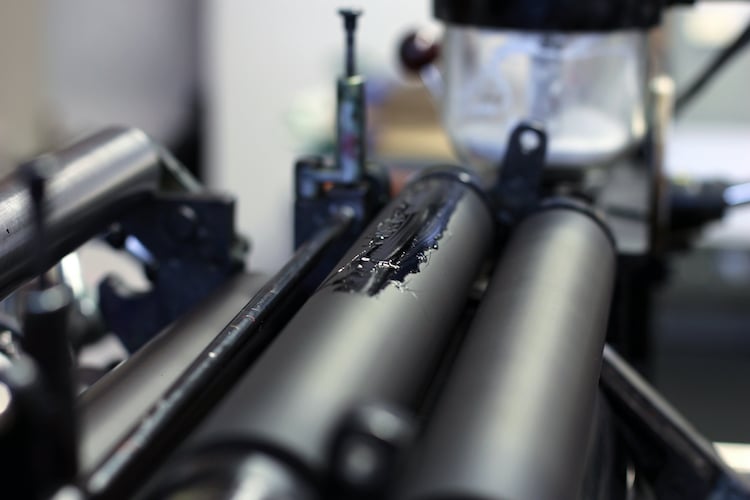 the industrialization printing is what enabled these massive changes in the way information was shared. By mechanising the printing press it helped to minimize the amount of labor required for humans and it also enabled the production of printed copies at a faster pace.

A automated press has ink that is applied to a plate, which then has rollers that run across its surface and are loaded with ink. Then the rollers pass over the bed containing the type and the images. To print on a surface, the paper is attached to a hinged platen and then pressed onto the platen. Once done, the operator removes the paper from the platen and replaces it with a new sheet, starting the process over from scratch. 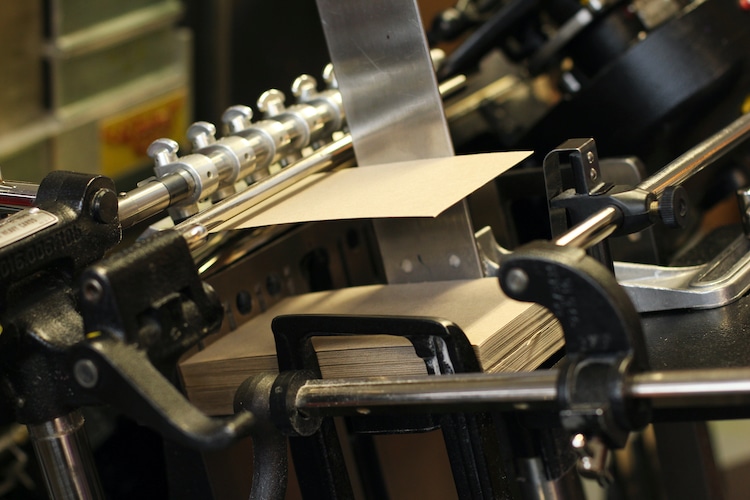 A major advance in letterpress printing is the rotary press. This type of printing press is used for high-speed (and high-volume) work – think newspaper production. Essentially, it prints on a paper that is placed between two cylinders rotating in opposite directions. One of the rotating drums contains images and text that curve around the cylinder, while the other is an “impression cylinder” which is used to press paper onto the inked plates. Paper is continuously fed into the drums through the machine, allowing for fast printing. (Modern rotary presses can move at speeds of nearly 20 miles per hour.) 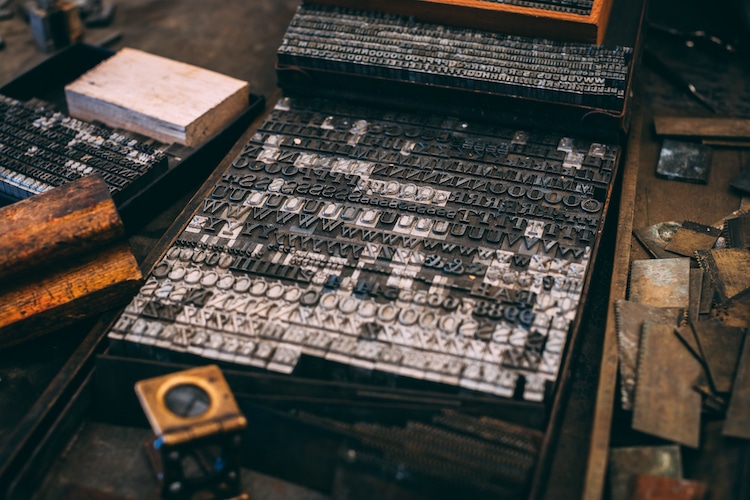 Printmaking is a very process-oriented art, and typography is no exception. There are three steps that take place when letterpress printing to create a single print.

Composition, also called typography, is the first step in which the person responsible for placing the text places it on a typographic galley. This is a painstaking process as each form must be placed letter by letter, line by line.

This traditional method was the only approach available until the 1980s when a new manufacturing process was created, the photopolymer plate. This light-sensitive plate has a surface that “hardens” when exposed to UV light. An image (or type) is printed on a negative film which is then put on an unexposed plate. After being exposed to light, the negative film is removed and the plate is cleaned with water, leaving the design visible. It is then exposed again to UV light to give it stability.

Photopolymer plates offer the designer many more possibilities because they are not limited by the type combination. These designs can first be produced digitally.

Imposition occurs after the type has been combined and is ready for use on the press. Often this involves organizing type pages according to how they will be printed, cut, and bound (in a book, for example).

At this point, the ink is applied to the type (or image) and then passed through the press to create the desired result of the drawing. The operation depends on the type of press used.

The popularity of typography declines and eventually rises again

Like many analog activities, typography’s popularity declined during the 1970s thanks to the rise of computers. This caused many commercial printing companies to close over the next twenty years, and they sold their presses at a reduced price to craftsmen and individuals.

Artisans have helped ensure that typography is never forgotten. It even enjoyed a revival in the 1990s thanks to craft queen Martha Stewart—Martha Stewart Weddings magazine featured hand-printed invitations and highlighted the technique as a way to add an exquisite touch to print.

Today, letterpress printing remains a way to infuse a touch of craftsmanship into a world seemingly ruled by screens. Look for it on greeting cards, invitations, etc., and you’ll realize how relevant it still is.

40+ Most Creative Business Cards That Are Sure to Get Noticed