Landmines ‘will disrupt life long after the war is over’ 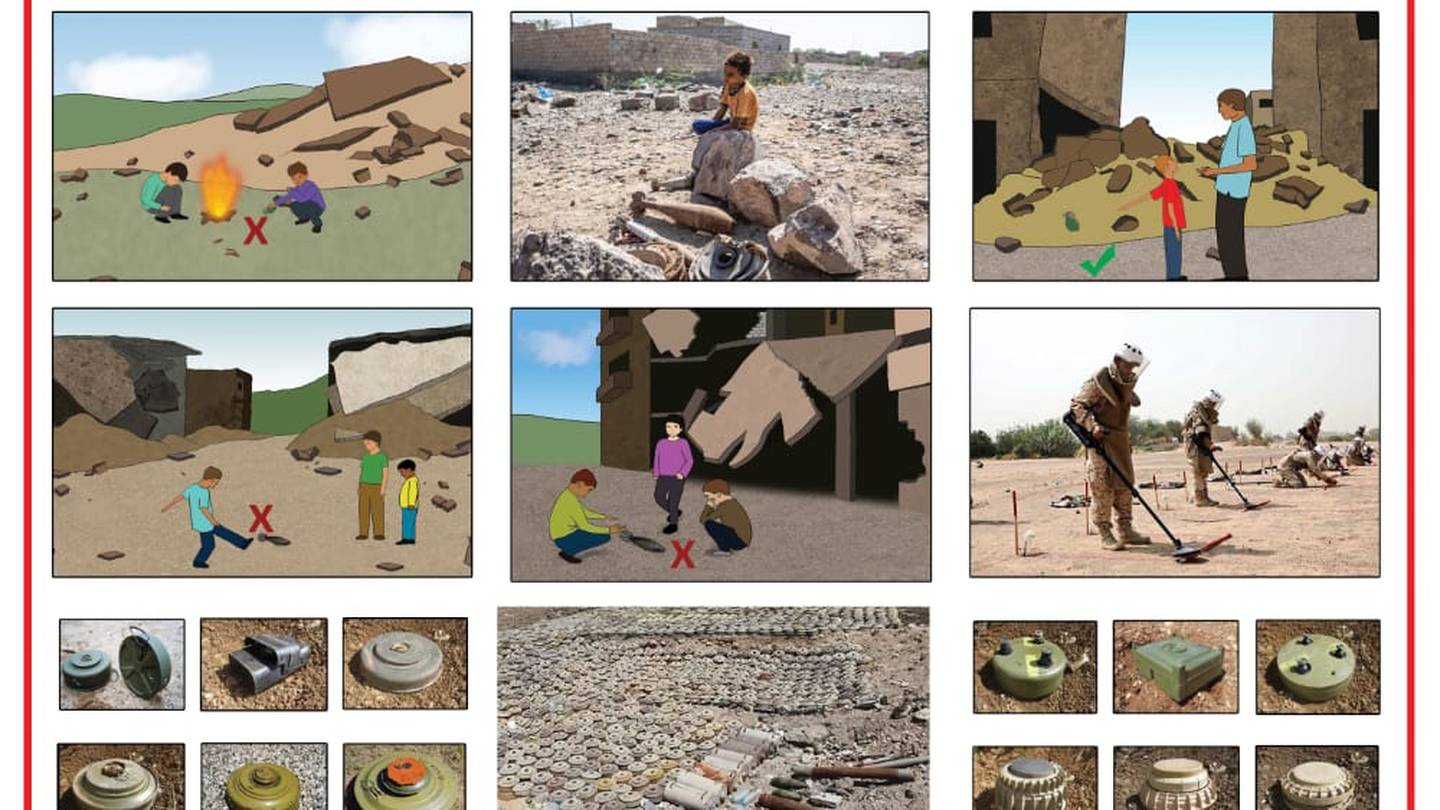 Yemen is one of the most heavily mined countries in the world, joining countries like Afghanistan, Angola, Somalia and Cambodia where the devices have maimed civilians for decades, strewn across the country during long and bloody conflicts.

Long after the end of the eight-year war, children still risk losing limbs or their lives by playing with or stepping on a remnant of the ongoing conflict.

Based on demining figures alone, the scale of contamination can be as high as one million landmines, according to the Saudi Demining Project (Masam).

Eman is a mother of seven and lives in a stone hut with her extended family of 11 in Mowza, on Yemen’s Red Sea coast.

After being displaced by intense fighting, she returned home two years ago to literally find herself in a minefield, even after the skirmishes died down.

“To draw water from the well, to collect firewood, to graze our animals, to do whatever we need to do to survive, we have to walk through the minefield,” she told the Danish Refugee Council in February.

“Every day I have to make a choice; risk death by a landmine or die of thirst”.

Eman said she knew about the deadly devices because her children had found them while playing nearby.

“We no longer allow children to go out. We are afraid for them. We live in fear.

Since the Houthi takeover of Sanaa in 2014 and subsequent intervention by the Saudi-led coalition, the rebel group has notoriously used landmines, which have a massive impact on children.

Anti-personnel mines, designed to injure and injure, were banned under a 1997 United Nations convention.

A UN report in 2019 showed that a quarter of all deaths from these weapons were children. Landmines, IEDs and unexploded ordnance (UXO) in the form of grenades, aerial bombs, missiles or rockets killed more children in the first five months of this year than in 2018.

“Landmines were responsible for the highest number of child casualties, 48, with a mortality rate of 40%, followed by UXO, in which one in five injured children died. IEDs caused the fewest casualties among children, but 67% died from their injuries,” the report said.

Awareness brochures designed specifically for children are distributed by local and government organizations in Yemen.

In Taez governorate in western Yemen, a dilapidated building once overrun by the Houthis in 2018 has become a makeshift school for a dwindling number of students.

Perched on a hill, there is a long narrow road leading to the building.

Adviser on humanitarian policy for the Danish Refugee Council, Cherry Franklin went there in February.

“For 30 minutes we drove on a dirt road through a minefield. Only the stones painted red indicated where the mines were,” she said. The National.

Principal Abdul said only half of his original 240 students now attend class.

“When the Houthis withdrew from this area, they left mines everywhere. We know the road to school is safe, but it’s hard to stop the children from wandering off the path,’ he told Ms Franklin.

“Last year we found two landmines just inside the school gates, in the yard where the children play.”

Builders repairing a nearby mosque were killed when their car hit a landmine outside the school, he said.

“We just want things to get back to normal so kids can come to school and learn. All the children here have hopes and dreams for the future – they are ambitious. Some want to be teachers, some want to work in government, some want to be doctors, but to do that they need education and a safe place to learn,” he said.