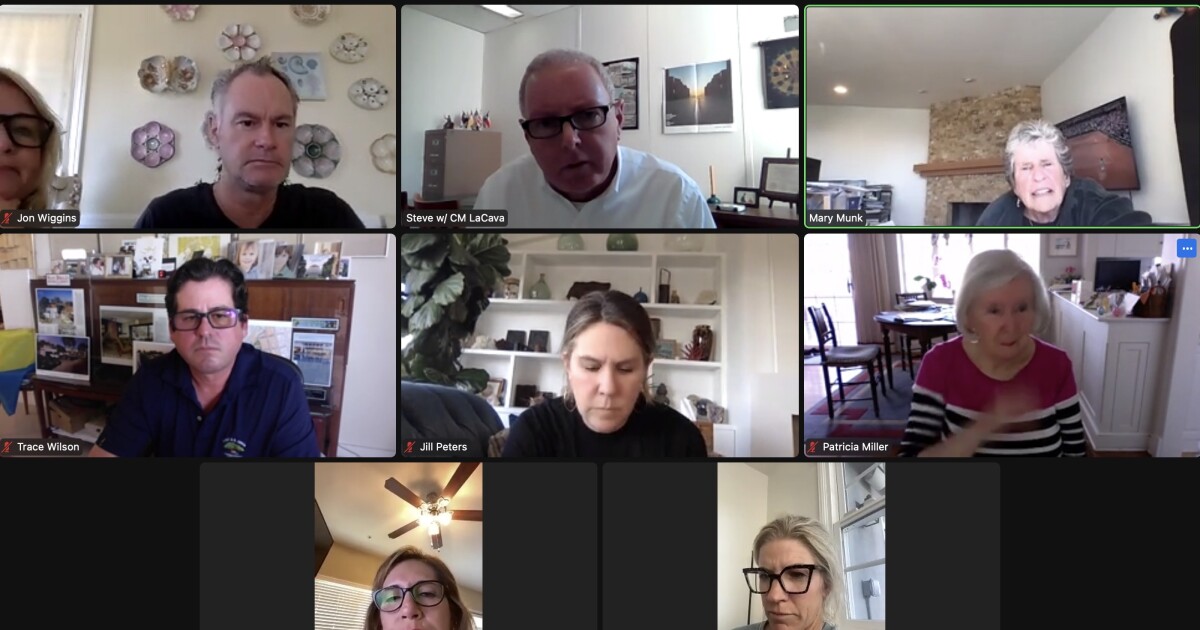 The La Jolla Community Recreation Group, the La Jolla Recreation Center Advisory Board, supported the purchase of updated weight room equipment for the center during its May 25 virtual meeting.

The application, approved unanimously, will now be forwarded to the San Diego Department of Parks and Recreation for approval.

The vote follows recent efforts by recreation center manager Nicholas Volpe to replace the deteriorated floor in the weight room and repaint the walls.

Once that work is complete, Volpe will purchase updated equipment for the weight room, including a treadmill, elliptical machine, multi-press and leg extension machine and weights, Castruita said.

“All of these items are used but they are commercial grade,” Castruita said. “They have very few flaws and are in very good working order.”

The items will cost $9,751, Castruita said. The recreation center fund only has about $4,000 left this fiscal year to spend on equipment.

Castruita asked the CRG board to approve spending the remainder of the cost of the recreation center reserve fund, which currently holds $34,949. The board approved this as part of its vote to support the purchase.

Use of reserve money requires approval from CRG and Parks & Rec, Castruita said.

She said Volpe expects more revenue to come from weight room users once the upgrade is complete.

The updated elements will “make the weight room not only more aesthetically pleasing, but also… more up to date from what we’ve had for decades,” she said.

Wilson, who is on the CRG’s vision committee, said plans have come a long way over the past two years.

The project would improve the center at 615 Prospect St., which opened in 1915 and was originally commissioned by La Jolla philanthropist Ellen Browning Scripps and designed by famed architect Irving Gill.

Showing new renderings, Wilson said plans for the recreation center’s interior will include the currently underutilized basement, an elevator serving all three floors, flexible meeting spaces, an open kitchen and a renovated connected auditorium. to playgrounds by a pavilion.

Outside, the ongoing vacancies of part of Cuvier Street, which would divide the land between the Recreation Center and Bishop School, would see the addition of a permanent pétanque court, picnic area picnics, pickleball courts and more.

“The front facade will be completely renovated,” Wilson said.

He added that a wading pool reminiscent of a small wading pool installed by Scripps and Gill but later removed would be built in its place.

Wilson said members of the vision committee met with Parks and Recreation staff last week to discuss possible next steps and get feedback.

Feedback will be incorporated as the committee moves into “a much larger architectural design sequence where we get into construction drawings and coastal development permitting,” Wilson said.

He said the nonprofit Friends of La Jolla Recreation Center will begin raising money for the plans by sending out brochures to potential donors and other members of the community.

The redesign is estimated at $36.6 million. A timetable for this has not yet been established.

Building renovations account for $9.5 million of the total, with playgrounds costing $16 million and other site work $4.5 million. Costs such as contingencies, inflation, furniture and equipment complete the total.

Wilson said the Friends group will raise additional funds for an endowment fund to help the Parks and Recreation Department with maintenance.

Pétanque update: Three months after the CRG approved a request for funds to repair the Recreation Center’s temporary bocce court, problems persist in carrying out the repairs.

Tom Grunow of Grunow Construction, the designer of the pitch, put a different surface on the pitch, said CRG President Mary Coakley Munk.

Grunow said in February that the new surface was needed because the original surface was harder to work with than expected.

The west end of the pitch, which sits several inches above the ground to keep the pitch level for ball rolling and to accommodate the downward slope of the pitch, continues to need to be maintained, Coakley Munk said on May 25.

She said plans had been submitted “to raise the level of the lawn to the [west] end… so it wouldn’t be such a big leap for people to get in and out.

However, Parks & Recreation officials wanted to put a platform on the west end with a railing and ramp, Coakley Munk said.

“We already have ADA [Americans with Disabilities Act] access to the other end,” she said. “I don’t know why we need it at both ends. … I think it would look really quite awkward to add a railing there.