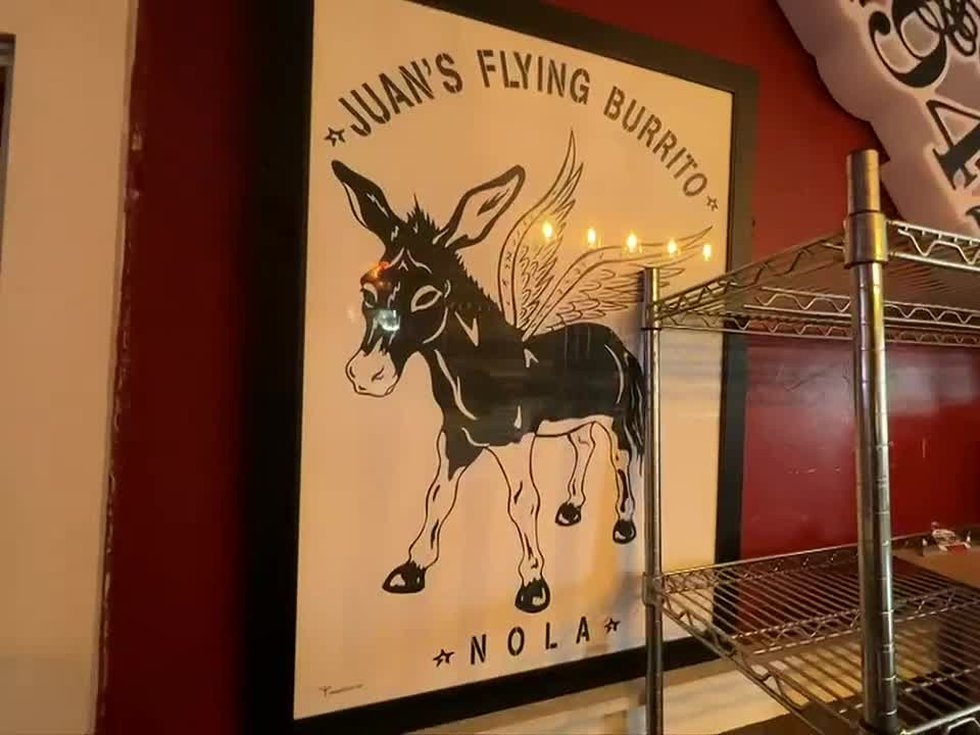 Juan’s Flying Burrito Downtown locationat 5538 Magazine St. next to Whole Foods, will temporarily close at the end of their lease on May 31. Currently, Juan’s management is looking for a new downtown location and said they could go month-to-month in their current space. .

“Ultimately the market will bear what the market can bear, and I completely understand that,” said David Greengold, CFO of Juan’s Flying Burrito. “It’s still a struggle, but at the end of the day there’s not much we can do about it as consumers except through our wallets.”

Greengold said the location, one of five Juans in New Orleans and Pensacola, was paying below-market rent on a large space. He said there was no bad blood between Juan and the owner, Williamson Brothers.

Ultimately, Greengold said the closure is an indication of a bigger problem on the Magazine Street corridor: large national chains moving in and diluting market share.

“Large companies that have deeper pockets that can absorb greater occupancy expenses are more interested in gaining market share for their product as part of their portfolio, rather than operating profitably,” said said Greengold, pointing to a nearby Starbucks location. on State Street.

The 34 employees at Juan’s location will have the option of relocating to one of the other restaurants.

Kevin Gillentine, president of the Magazine Street Merchant’s Association, said there’s always been an ebb and flow when it comes to businesses on Magazine.

“When you have big companies competing against smaller companies, what’s great is that New Orleans kind of knows that, and I think we have people in New Orleans who try to split love and kind of make sure they support small business,” he added.

See a spelling or grammatical error in our story? Click here to report it. Please include the title.