IS Projects opens an engraving studio in Miami 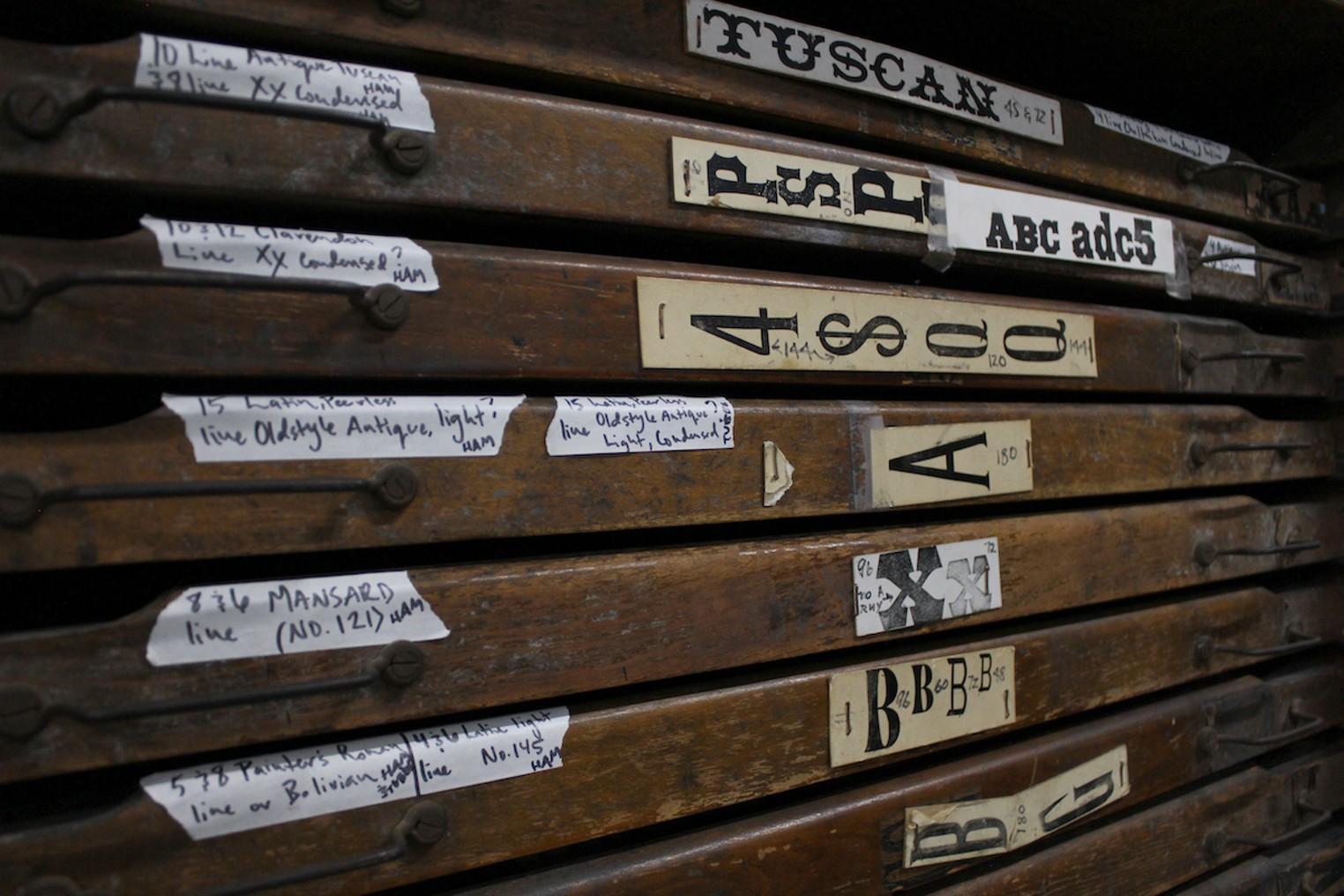 A jack-of-all-trades when it comes to textual art, Ingrid Schindall, 32, hopes to usher in a print revival in Miami with her print studio, IS Projects.

“Letterpress is a funny thing. It’s like being half antique, half collecting and half mechanic because you have to maintain all the presses,” says Schindall.

Since 2014, when she opened her first studio in Fort Lauderdale’s FATVillage, Schindall has collected and curated over 500 unique typefaces. It also has two large engraving presses, two screen printing presses and about 13 letterpress presses.

“People have been saying for years, ‘Print is dying’, but I think what’s really happening is that print is transforming,” she says.

“If you look at other big cities — Chicago, New York, LA, Asheville — they really established printmaking institutions,” Schindall says. “Miami doesn’t have that. Miami has a few artist spaces with print facilities, but it’s not a professional printmaking team where artists can learn, use resources, and expand their practices.”

With 60-70% of its clientele already based in Miami, Schindall recently moved its boutique to the city’s Little River neighborhood, providing various amenities including space for artists, print shops and, quite frankly, a chance to preserve history. The official opening of the shop is set for Saturday June 26, from 2 p.m. to 6 p.m.

The new location includes space for artists to rent for intervals of two to eight weeks. The space can be adapted to the needs of the artist, such as the development of projects, the storage of files and the exhibition of his work.

“You will have space in the studio, as well as access to the studio,” she says. “You can write, paint or paste the walls, or whatever, and you have access to all the facilities here.”

IS Projects also occasionally offers merit-based short-term residencies funded by organizations such as the Knight Foundation. The IS team also provides support at varying prices – from initial brainstorming and use of presses to final space conservation.

Another room in IS Project will serve as a designated studio space for Schindall’s personal projects, which he lacked at the previous location.

“We’re a production studio. We do a lot of printing for other people, so I couldn’t just leave my own stuff on the tables or on the walls,” Schindall explains. “If I wanted to work on my own stuff, I’d pull it out after hours and work on it until I was too hungry to continue.”

Like many small businesses, IS Projects has been hit hard during the pandemic.

“With all the uncertainty and upheaval, many of our clients moved because they wanted to be closer to family or return to their hometown,” she says. “Everything slowed down so much that I had to rent out all of our studios; there was no room for my own art.”

The typography room is separated by IS Project’s massive collection of antique lead and wood types housed in antique type cabinets.

Although the new location is smaller, Schindall believes it encourages a more intentional use of space for new initiatives. She says the old 5,000 square foot space needed more upkeep, which often overwhelmed her creativity.

“We had to make sure that everything we did really contributes to this mission of elevating the conversations around printmaking,” Schindall says. “If you’re going to move 50,000 pounds of equipment, it raises questions about what I’m doing as an artist, as an individual, and as a studio employee.”

Plus, its sister store, Nocturnal Press, is back. The Printing and Binding Shop caters to the business area of ​​printing, including custom posters, business cards, and wedding invitations.

“We have clients come to us, sometimes with designs that need work, and we can help bring those visions to life,” says Schindall. “You can’t just click print, which makes the whole process more special.”

She is particularly fascinated by the practical operation, which she says is incomparable to any digital printing process.

“Letterpress is a tactile medium. You literally press the letters onto the paper,” she adds. “So you have this sense of sculptural form that you can’t replicate with any type of digital printing.”

There is a deeper and deeper quirk in every single type style and press machine.

“I actually name all the presses after the people we get them from, to preserve that little bit of history that I know but don’t actually know,” Schindall says.

She looks back at her oldest piece, Terri, a platen press built in 1896.

“I don’t know what Terri was doing before the press was owned by Terri Hunter, who’s a great typographer in Annapolis, Maryland,” Schindall says.

Hunter was one of Schindall’s early mentors, introducing him to the personal value of printmaking.

“She had this font that she had always collected, Eve, but if she didn’t like a bride, she wouldn’t use it on their invitation. She would only use it for successful clients, I guess,” she says. , laughing. 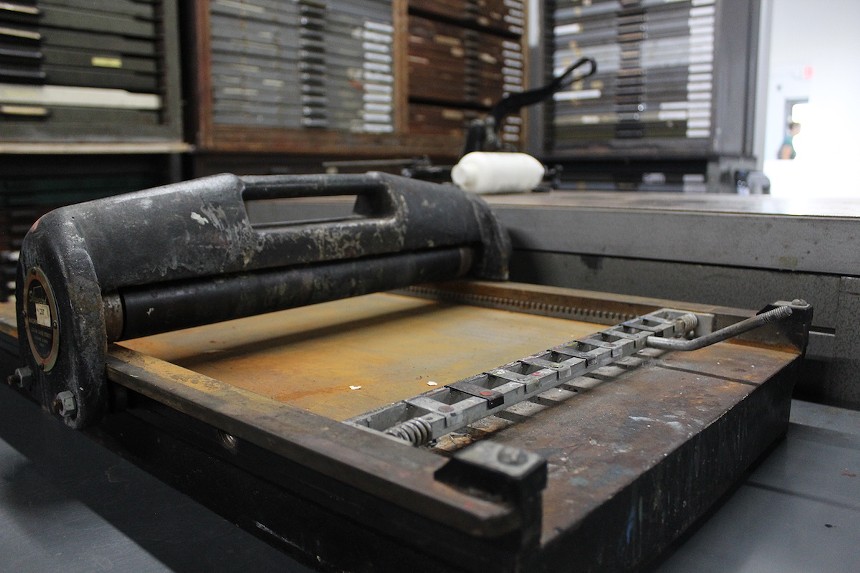 “In the previous space, we tried a lot of workshops, but we noticed a disconnect between what artists do when they want to learn a new medium and when they’re a little more serious about their practice,” explains Schindall. “These new programs would be more like individualized lessons.”

“Something about making books is that you’re building an art object with an audience of one, and one at a time,” Frank says. “It’s an incredible opportunity that isn’t in all the media, but I think it’s one we’re able to facilitate.”

It emphasizes IS Projects’ mission to support artists of all backgrounds and genres.

“One of the things that always brings me back here is that we’re a community that’s constantly creating opportunities for people to get into the print medium,” insists Frank. “There is an entrance for everyone.”

“When you think about it, a book is the closest inanimate thing to a human. Like you weren’t just throwing a book in the trash,” Schindall says. “If you see someone tearing a book in half, you feel it.”