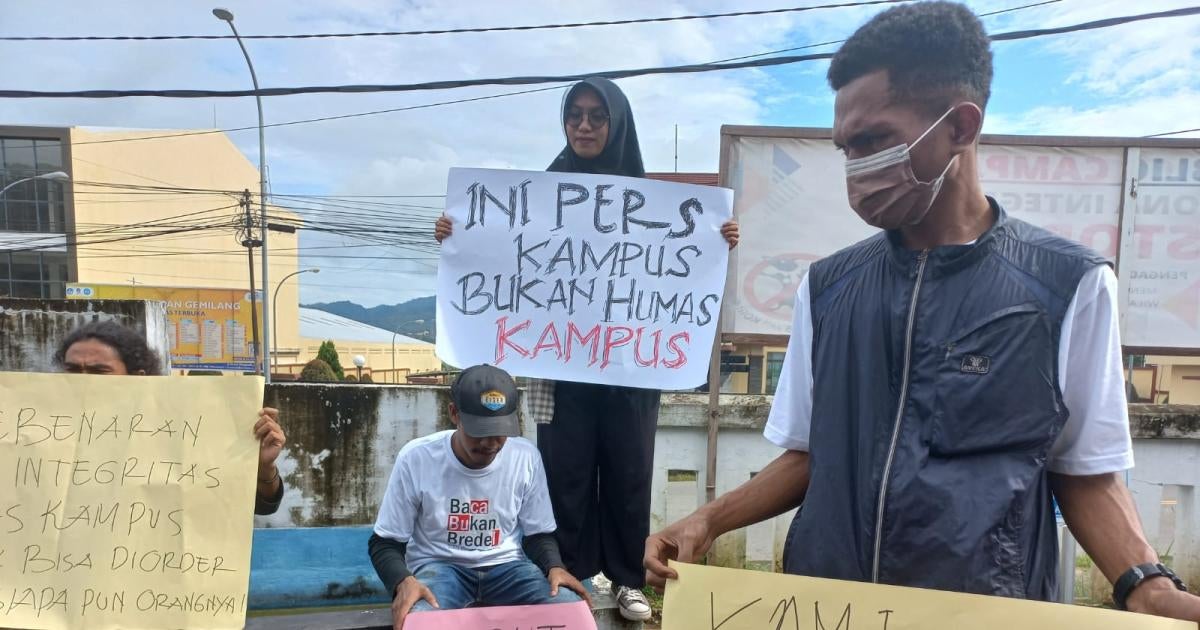 One would hope that an educational institution that learned of campus sexual assaults would focus on holding perpetrators accountable and preventing further incidents rather than targeting the messenger. This is not the case with the Islamic Institute of Ambon State (Institut Agama Islam Negeri Ambon, IAIN Ambon) in the Indonesian province of Maluku, which instead of recognizing and valuing the groundbreaking and thorough investigation of a student magazine, ordered it closed.

On March 14, when Lintas magazine reported about dozens of incidents of sexual violence on campus between 2015 and 2021, the story unsurprisingly created an uproar. Lintas had spent 5 years investigating the story, interviewing 32 survivors of sexual violence (27 female students and 5 male students) as well as campus officials, including Zainal Abidin Rahawarin, the rector of IAIN Ambon. The magazine identified 14 alleged perpetrators. Some of the victims, who have not been named, detailed sexual assaults that took place during research trips to the field, on campus or in faculty offices and homes.

Five men who said they were relatives of one of the speakers, who Lintas allegedly asked survivor to delete sexting messages, went to Lintas’ newsroom and assaulted two staff members, journalist Mr. Nurdin Kaisupy and designer Muh. Pebrianto.

Three days later, Rahawarin closed the student magazine, ordering campus security to seal the newsroom and seize all material, accusing its reporters and editors of “defaming IAIN Ambon”. He reported nine journalists to the police.

Asked to reveal the names of victims and alleged perpetratorsYolanda Agne, Lintas‘ editor, instead suggested that the campus set up a task force on sexual violence similar to what the Ministry of Religious Affairs, which is in charge of all Islamic schools and universities, had mandated by regulation in 2019 IAIN Ambon has so far failed to do so.

The magazine’s closure prompted more than two dozen student journalists and media groups to protestincluding the Indonesian Alliance of Independent Journalists as well as local groups in Ambon.

The government’s religious affairs minister, Yaqut Cholil Qoumas, should take a hands-on approach to unraveling this impasse. He should order the reopening of the Lintas newsroom and work with other state agencies to ensure an impartial and full investigation into alleged sexual assaults.