In China, home buyers occupy their ‘rotting’ and unfinished properties 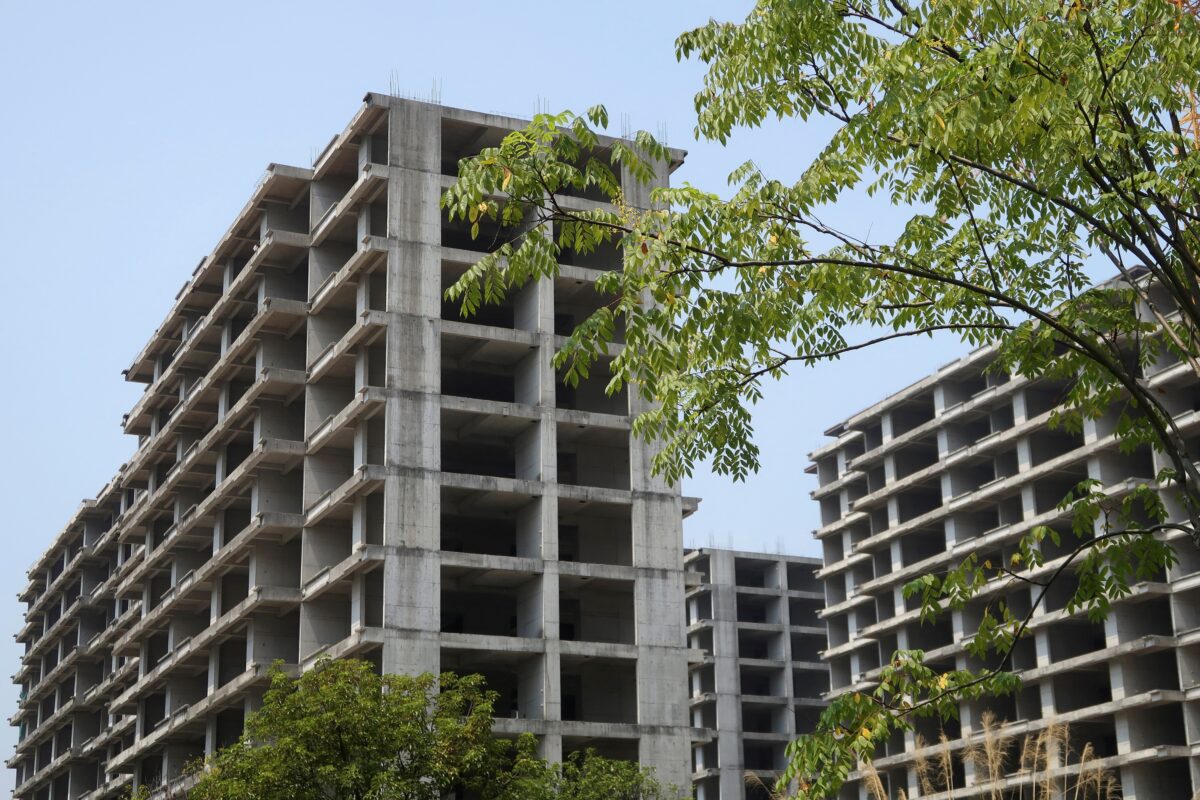 GUILIN, China—For six months, Ms. Xu’s home has been a bedroom in a high-rise apartment in southern China’s city of Guilin, which she bought three years ago, lured by brochures praising its views of the river and the clean air of the city.

His living conditions, however, are far from those promised: unpainted walls, holes where electrical outlets should be, and no gas or running water. Every day, she walks up and down several flights of stairs carrying heavy water bottles filled with a hose outside.

“All of the family’s savings have gone into this house,” Xu, 55, told Reuters from the Xiulan County Mansion complex, his room bare except for a mosquito net-covered bed, some necessities and of empty bottles on the ground. She declined to give her full name, citing the sensitivity of the issue.

Xu and about 20 other shoppers living in the Xiulan County mansion share a makeshift outhouse and gather during the day around a table and benches in the central courtyard.

They are part of a movement of home buyers across China who have moved into what they call “rotten” apartments, either to pressure developers and authorities to finish them, or by financial necessity, as many cash-strapped builders halt construction amid the country’s deep crisis. real estate crisis.

The Shanghai E-House Real Estate Research Institute estimated in July that stalled projects accounted for 3.85% of China’s housing market in the first half of 2022, equivalent to an area of ​​231 million square meters.

While some local governments have taken steps to support the property market by setting up bailout funds, buyers like Xu, who have paid installments in advance and are forced to take out mortgages, remain in limbo.

The proliferation of unfinished apartments sparked unprecedented collective disobedience, fueled by social media: In late June, thousands of homebuyers in at least 100 cities threatened to stop mortgage payments in protest at the blocking of construction.

The global real estate market is very sensitive to cases of unfinished apartments because 90% of new houses bought in China are bought “off plans” while they are still under construction, said Yan Yuejin, research director at Shanghai E-House. .

“If this problem is not solved, it will affect real estate transactions, the credibility of the government and it could exacerbate the debt problems of developers,” he said.

China’s deep real estate crisis, along with the disruption caused by strict anti-COVID measures, is weighing on the world’s second-largest economy just as the ruling Communist Party prepares for its once-every-five-year congress. next month.

Xu bought his 70-square-meter two-bedroom apartment in early 2019, about a year after his developer, Jiadengbao Real Estate, began construction and began marketing apartments for around 6,000 yuan ($851) per meter. square, which they said would come with facilities. such as underfloor heating and a communal swimming pool.

Work initially progressed rapidly, with blocks of the planned 34-tower complex rising one after another.

But in June 2020, Jiadengbao Real Estate made headlines after a court accused its parent company of illegal fundraising and seized 340 million yuan from its properties, including a number of apartments in the mansion of Xiulan county.

Construction halted in mid-2020, which Xu found out months later, describing his feelings at the time as “falling apart from heaven”.

Jiadengbao Real Estate did not respond to a Reuters request for comment.

Since the debt crisis erupted in 2021, thousands of other homebuyers have been caught in similar situations as cash-strapped developers have gone bankrupt or abandoned struggling projects.

Recently, the main building block of Xiulan County Mansion was surrounded by a large blue fence while the clubhouse, featured in promotional materials, was covered in dense undergrowth. Cement mixers, iron poles and piles of debris littered the ground.

Xu, who is unemployed, said he bought the apartment for his only son, hoping he could start a family there. She said her son and husband, who live far away in the northern province of Hebei, blame her for their difficult financial situation and no longer talk to her.

“We don’t know how long we will have to live here because the government hasn’t said anything officially,” she said.

She hopes the Guilin government will step in to help.

The city government did not respond to a Reuters request for comment.

Housing authorities in Baoding, the northern city where Xu is from and where the parent company of Jiadengbao Real Estate is registered, said last November that the city government and the Communist Party committee had set up a group to solve the problem.

“If the government is serious about protecting people’s livelihoods and resuming construction, we will go home,” Xu said.

By Eduardo Baptista and Xiaoyu Yin